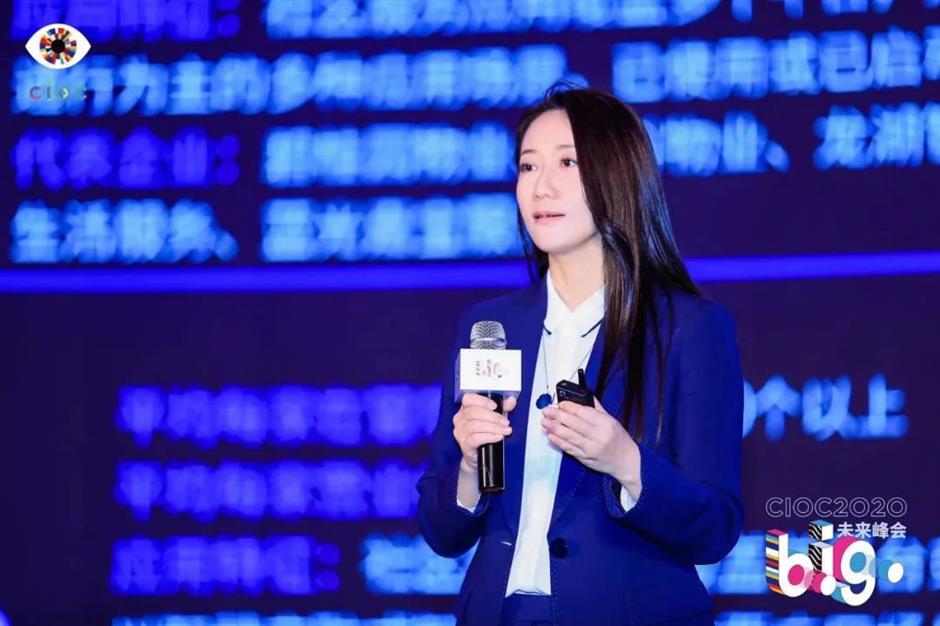 Zhang Yan, chief executive officer of CRIC, shares the company's latest findings on digitalization transformation with the country's real estate industry players during a recent event in the city.

Real estate companies are accelerating digitalization as developers step up efforts to improve efficiency while seeking new opportunities under an ever-prevalent trend to transform themselves into integrated services providers, according to a report.

This year, about 60 percent of the country's top 50 developers have increased digitalization-related expenditure, with 16 firms posting an increase of more than 10 million yuan (US$1.53 million) from 2019, according to CRIC, a subsidiary of E-House (China) and a leading real estate data application service provider.

More than half of the 50 developers have employed more than 50 people in their digitalization department, compared with about 30 percent last year.

"Digitalization offers a key technological support for the country's real estate industry during its ongoing process of transformation," said Feng Jun, secretary-general of the China Real Estate Association. "In particular, we should place our focuses on two major fields of application, one is property building, and the other is maintenance, operation and reconstruction of real estate."

At present, close to 60 percent of the country's top 50 developers have invested more than 50 million yuan on digitalization and established a dedicated team consisting of over 30 professionals, said the CRIC report.

For property management companies, meanwhile, about 80 percent of the country's top 50 players are still at an early stage of transformation toward digitalization, meaning they are either in the process of building up their service platforms or just beginning to implement some digital applications via a single platform, according to Zhang Yan, chief executive officer of CRIC.

In terms of real estate-related digital applications, property sales and marketing, community operation and management, smart home-control system, smart retail and intelligent construction are the five areas gaining the most attention in 2020, the report says.