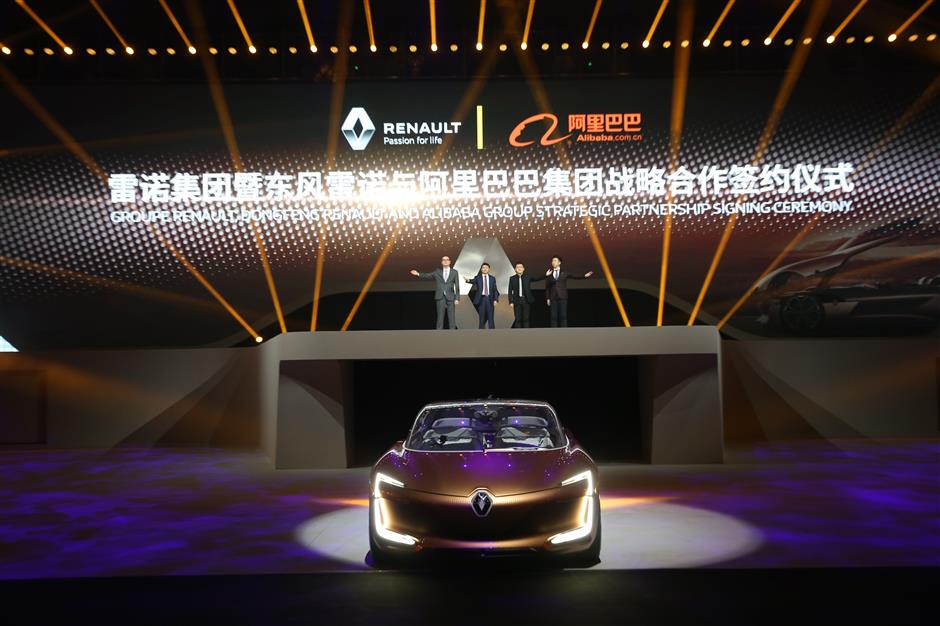 Chen Xi, Dongfeng Renault's vice president for marketing and sales, said during a media interview in Shanghai that the company will partner with Alibaba Group's online mapping service AutoNavi regarding smart Internet services for car owners, as well as test-drive service on Tmall to extend the two parties' collaboration.

It also hopes to expand its sales network in China and allow consumers to get access to product information in a more transparent and convenient way. The partnership with Tmall is expected to push forward the new retail initiative, said Chen.

The two parties' partnership will be built on top of Renault's flagship store on Tmall, which was unveiled last month. Car buyers can put order on the flagship store and pick up vehicle at more than 200 dealerships nationwide.

The Renault Sport Formula One Team also announced it has joined forces with Tmall in a branding partnership for this year’s FIA Formula 1 World Championship.