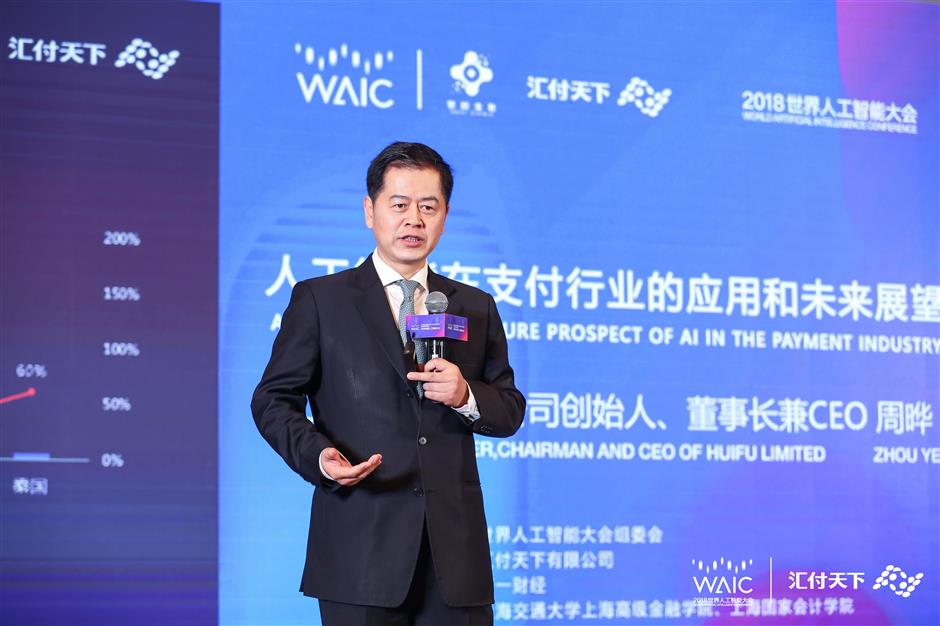 CHINA leads the world in several applications like mobile payment and e-commerce but the country still requires artificial intelligence to “reshape” the finance industry, top researchers and business executives said during a finance forum of the World Artificial Intelligence Conference, which ended yesterday.

It’s the sole finance forum during the three-day WAIC, which is organized by Huifu Ltd, a Shanghai-based payment firm. 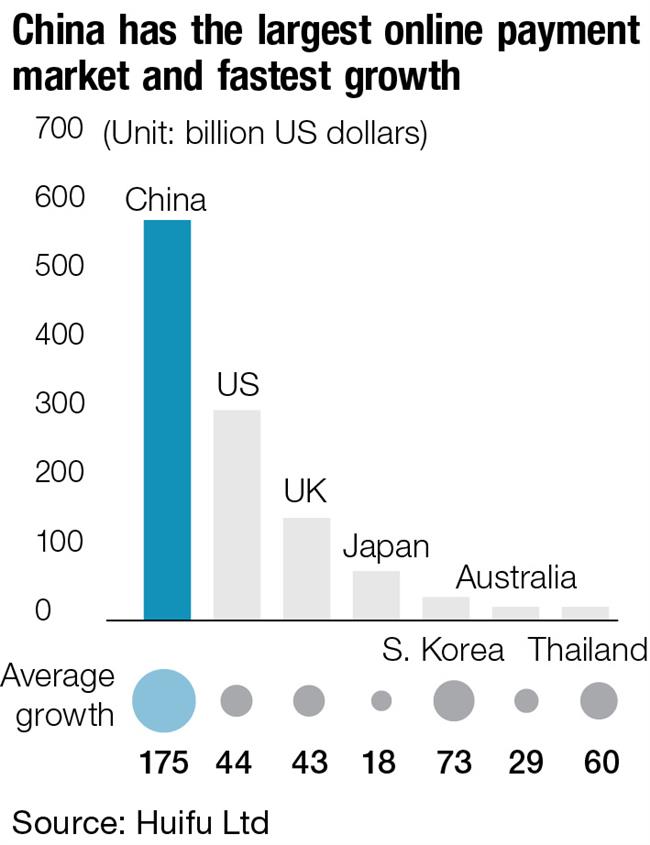 Shanghai, as a global finance center, is in the leading position nationwide to develop smart finance.

In mobile payment, China is a global leader by volume and growth, followed by the US and UK. Its annul growth rate is 175 percent, compared with US and UK with about 40 percent each, said Zhou Ye, chairman and CEO of Huifu Ltd.

Using AI, Huifu now takes “several seconds” to register a new user, compared with one week several years ago. In future, data and AI algorithm will be necessary “assets” of a finance firm.

Hong Kong-listed Huifu, which invested 130 million yuan (US$19.1 million) on research in ABC (AI, big data and cloud), intends to raise to 50 percent of its employees into this area within one or two years from 30 percent now, Zhou said.

Compared with data from search engines, transaction data generated from payment and e-commerce is more valuable, said Michael I. Jordan, professor of the University of California, Berkeley, who is also one of the most influential AI scientists globally.

China will have AI technologies on par with the advanced level globally by 2020. Finance is a key part of it, said Sha Hailin, deputy director of the Standing Committee of Shanghai People’s Congress.

Lack of high-quality data, “isolated island” of data and protection of privacy and data ownership are key issues to recognize during smart finance development, speakers said.

“AI finance in China is still in the infancy stage, despite its rapid development,” said Li.

The identified data and reliable systems, including a unified and national crediting system, are still urgently needed.

The pursuit of “human-imitative AI” may not be the right goal because even human brains can’t solve many problems. Instead, people should depend on a new decision system, blending economics, computer science, statistics and related fields, said Jordan, who thought “the (AI) revolution hasn’t happened.” 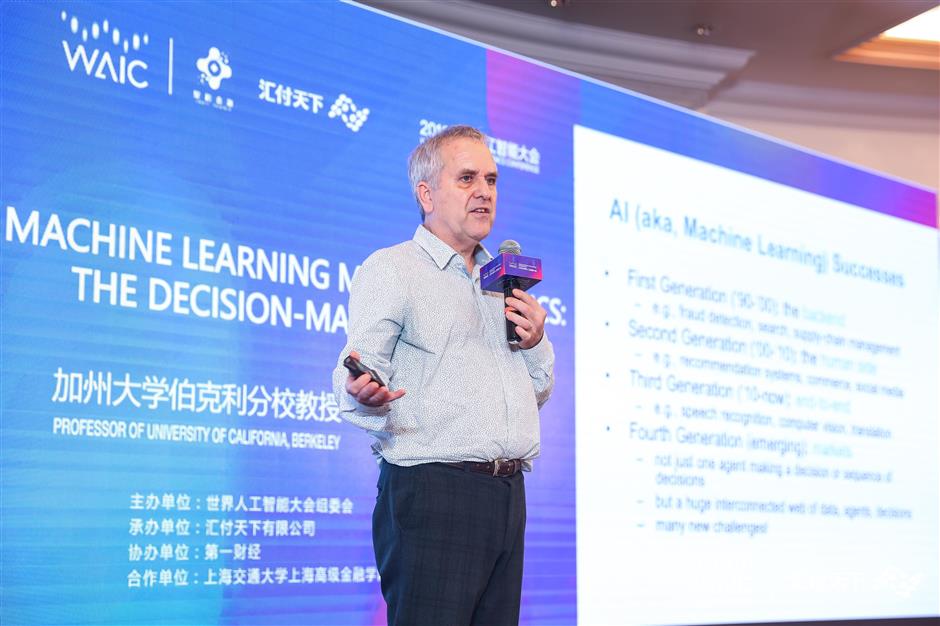 Michael I Jordan spoke during the WAIC forum.

Panel speakers from banks, fintech firms, AI startups and Internet giants, such as BCG, WeBank and Tencent Cloud also shared opinions on risk control and finance innovation during the forum.

It’s the “perfect timing” for Shanghai to hold the AI event as the city is ready to upgrade its economic structure, said Zhou.

Shanghai has launched various methods to support AI, including a newly-announced fund of about 100 billion yuan, to establish itself as an “AI highland” globally.

The city has unique advantages like being a global finance center and boasts rich resources on talent and data. In the finance industry, Shanghai will explore next-generation regulations based on data analysis and develop services covering robo-advisor and intelligent customer service, said Sha.

The WAIC ended yesterday after holding one main forum, 33 themed forums, five brain-storming discussions and 22 kick-off events. As the world’s top AI platform for cooperation and exchange, 335 speakers ranging from top science experts to business executives gave their opinions on stage. A total of 40,000 visitors from more than 40 countries attended the three-day event, including 700 journalists from 30 countries.

The public, however, will be able to attend WAIC exhibitions hosted by 146 firms showing latest AI applications until Sunday with reservations.