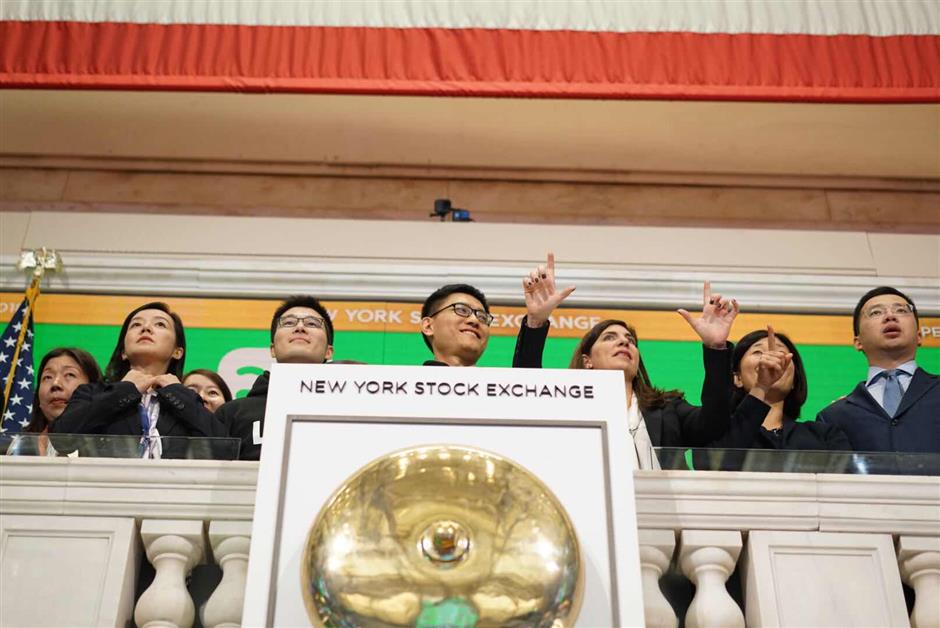 The company, founded in 2013, Thursday unveiled the pricing of its initial public offering of 5.75 million American depositary shares at US$12.50 per ADS, which came up to US$71.9 million. By 10:20pm Beijing Time, its shared surged 28 percent to US$16.

“LAIX and its tools have greatly lowered the entry threshold of English learning and popularize English learning,” Wang Yi, founder and chief executive of the company, said during a webcast interview.

LAIX, which attracted 83.8 million registered users by June, will use the IPO funds to boost investment on research, marketing and especially overseas expansion, Wang added.

Hujiang, another Shanghai artificial intelligence-driven online education platform, has applied for an IPO in Hong Kong.

China has an online English learning market of 450 million people, with half of them adults and they are the current targets of LAIX.

Shanghai aims to develop AI into a 100-billion-yuan industry by 2020 — a big jump from 70 billion yuan last year.