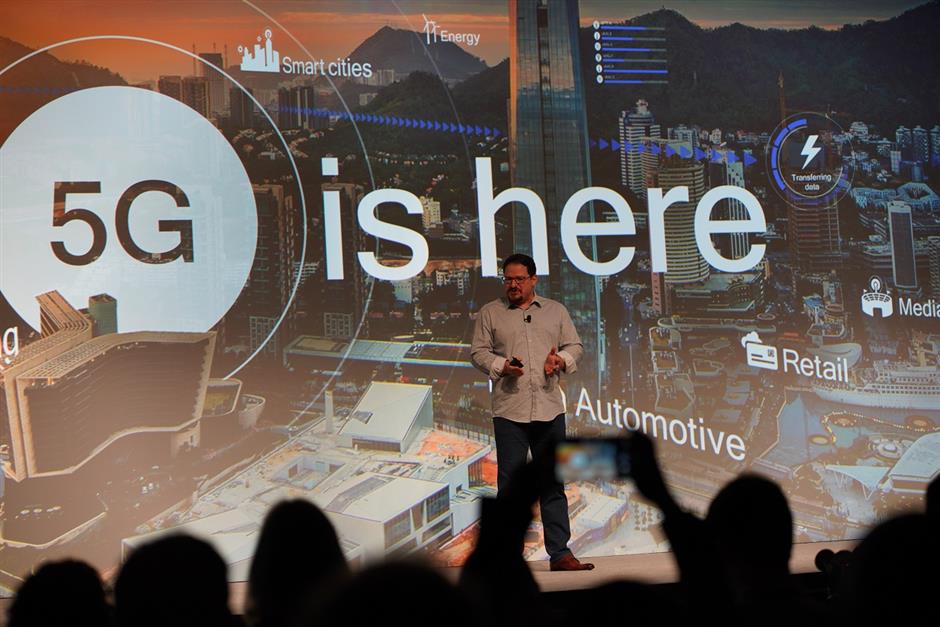 Qualcomm, as the world’s biggest mobile chip designer, also launched the long-awaited Snapdragon 855 platform with full support of 5G and on-device AI features. It will be adopted by firms like Samsung, OnePlus, Oppo, Vivo, Xiaomi, HTC and Sony as early as the first half of next year, Shanghai Daily learned during the Snapdragon Technology Summit.

By 2026, 5G will create a market valued at US$1.3 trillion, bringing business opportunities to carriers and smartphone firms, as well as industries such as manufacturing, energy, public security and health care, Ericsson said.

The 5G network will be a commercial reality starting in early 2019 with mobile device launches and network rollouts across North America, Europe, Japan, South Korea, Australia and China.

Operators including AT&T, EE and Verizon, as well as infrastructure providers Ericsson and Samsung, also attended the summit and shared their visions on 5G.

“5G is much bigger than 3G and 4G beyond smartphone only,” said Qualcomm’s president Cristiano Amon, who called 5G “basic infrastructure” in the coming decade.

In China, 5G licenses are expected to be issued around 2019 and 2020, but 5G-ready phones have already been released by vendors like Lenovo and Xiaomi.

China Mobile, the world’s biggest mobile carrier, is going to release a detailed 5G strategy in its own conference to be held in Guangzhou from Thursday.

Chinese operators have started to cut spectrum space for 4G, which will allow a clear signal for them to prepare for 5G, Amon added.