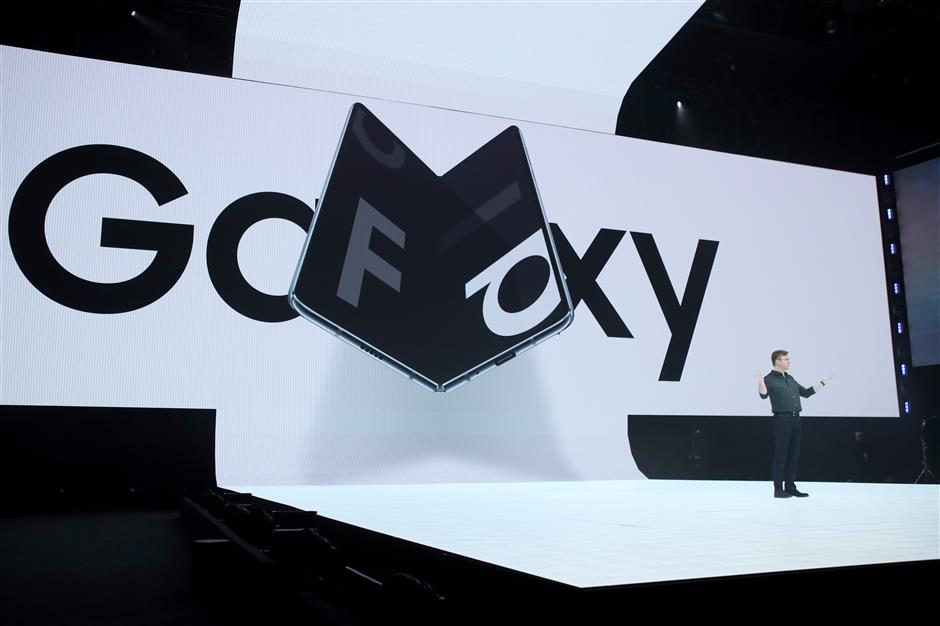 The event to make the debut of Galaxy Fold was held in San Francisco, the company said in a statement Thursday. The new gadget is a 4.6-inch smartphone that morphs into a 7.3-inch tablet when unfolded.

The device is equipped with Infinity Flex Display, to which its newly developed Hinge system was applied to enable the gadget to be used for about six years when a user folds and unfolds the phone a hundred times a day.

When unfolded, a user can operate three apps at one time, for example watching a movie, browsing the web and sending text messages at the same time.

The Galaxy Fold will hit South Korean stores in mid-May as a model running on the 5G wireless networks.

The fingerprint reader is built into the front display of the models to enable the scanner to read fingerprints through ultrasonic sound waves.

Galaxy S9 models, the predecessor of Samsung's new smartphone series, saw a lackluster sale for the past year as the S9 series had no big difference from the previous Galaxy S8 models.