The new service, Viveport Infinity, costs from 38 yuan (US$5.7) and will debut on April 2. Users can access VR content  and games in an online store, said Alvin Wang Graylin, HTC China President.

This subscription service is new as HTC is experimenting on a business model different from charges based on loads.

“The VR industry is taking a big step forward with new VR devices and new technologies like 5G,” Wang said during the HTC Vive Ecosystem Conference 2019.

The coming 5G network, which offers 20 to 50 times faster mobile Internet access, is a key to VR/AR mass adoption. Instant access and low latency also make VR streaming fluent and smooth without much time for downloading and updating.

In 2019, global spending on virtual reality and augmented reality is forecast to hit US$20.4 billion, up 69 percent, according to researcher IDC.

During the on-site demo, new applications were shown such as “standing” in a Forbidden City hall which is not accessible for visitors and “playing” a role of a popular anchor with “virtual audiences.” 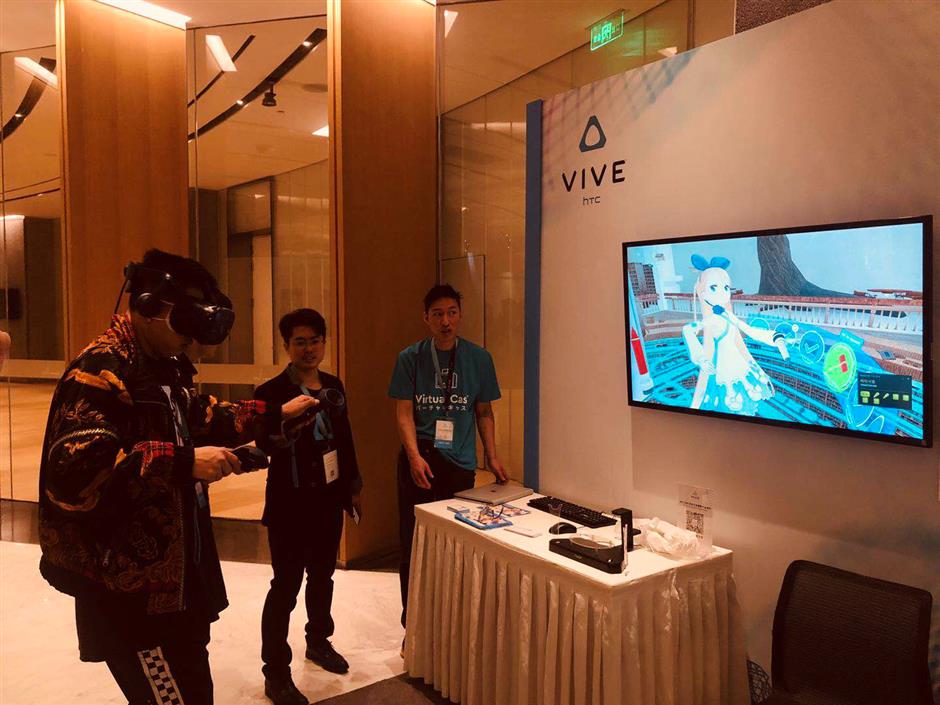 A visitor tests a VR application to allow him become a popular broadcaster in HTC's ecosystem conference on Tuesday.