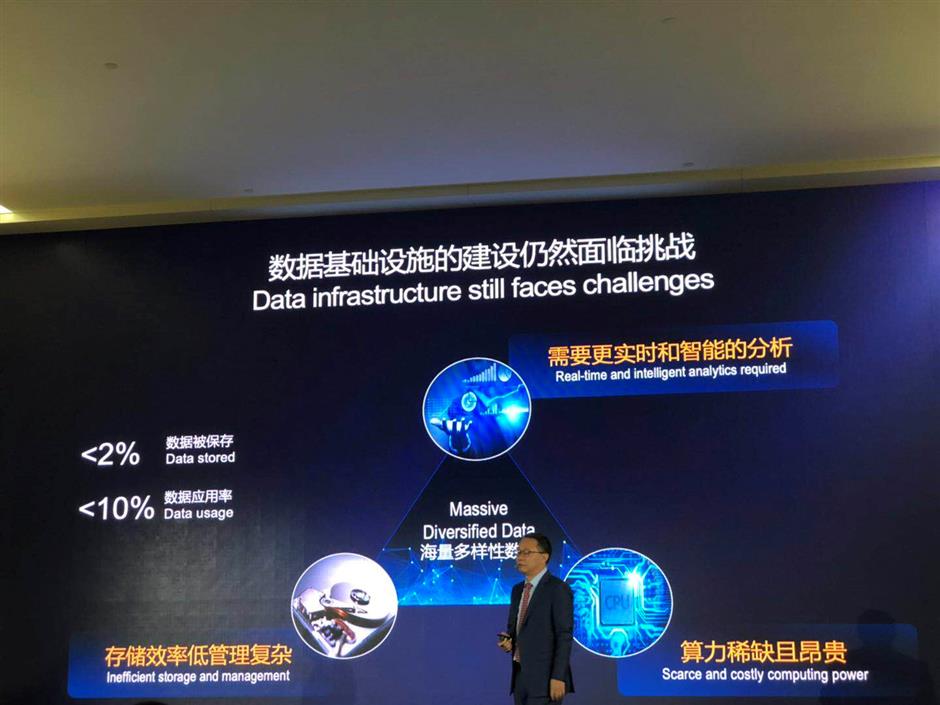 Data usage still faces challenges that Huawei's new products may go some to way to solving.

Huawei’s new releases are noteworthy at a time database giant Oracle began to cut over 900 jobs in China.

At present, only 2 percent of data is stored and less than 10 percent used or analyzed, said Wang as he explained the need for the new products.

In comparison, Oracle, the world’s largest database company, has begun laying off 900 employees at its R&D centers in China. The US company plans to close all five centers in China and eventually lay off all 1,600 employees, according to media reports.

Huawei’s database can be integrated with other Huawei products including chips and cloud. On databases and storage, Huawei also announced new partnerships with firms including Asiainfo, eHualu, Tata and Yongyou. The company will continue its cooperation with Oracle and SAP.

Huawei has been working on database research since 2011 with a team of 1,500 currently engaged in the subject.

Wang emphasized that Huawei does not own nor have any access to the data, it just helps clients process data. It will ensure security and data protection is “higher than the industry standard.”