“It’s time now to cash in and promote commercial use through AI technologies and tech-savvy products,” Liu Qingfeng, the company's chairman, said.

The consumer-oriented products are designed for education, health care and government-related applications.

The highlight is a smart recorder and translator, which supports voice search, speech-to-text and supports multiple languages. The device, which has a touch screen and cloud storage, costs from 1,999 yuan (US$280). With online support, it can deal with the languages of 200 countries and regions, including those of the Belt and Road regions.

The company, with a market value today of 66 billion yuan (US$10 billion), is one of the four national AI development platforms in China, along with Baidu, Alibaba and Tencent.

In 2017, China issued a plan on new generation AI where the industry should be a major new growth engine and have improved people's lives by 2020. The government later named the four companies to promote the project. 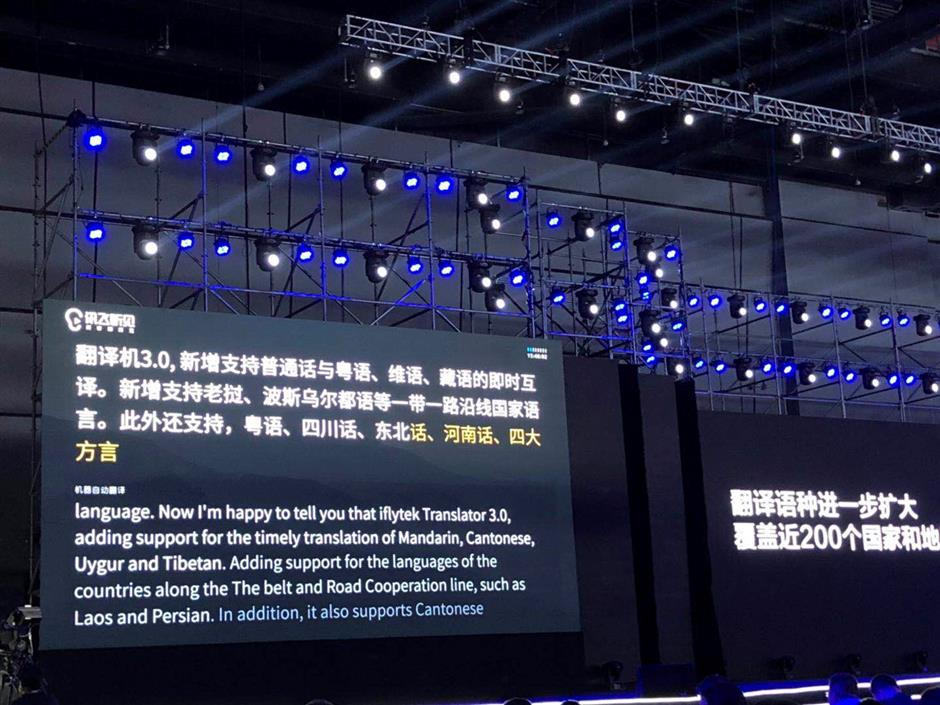 An iFlytek demonstration of its voice recognition and real-time translation service at the launch of its new products in Shanghai.