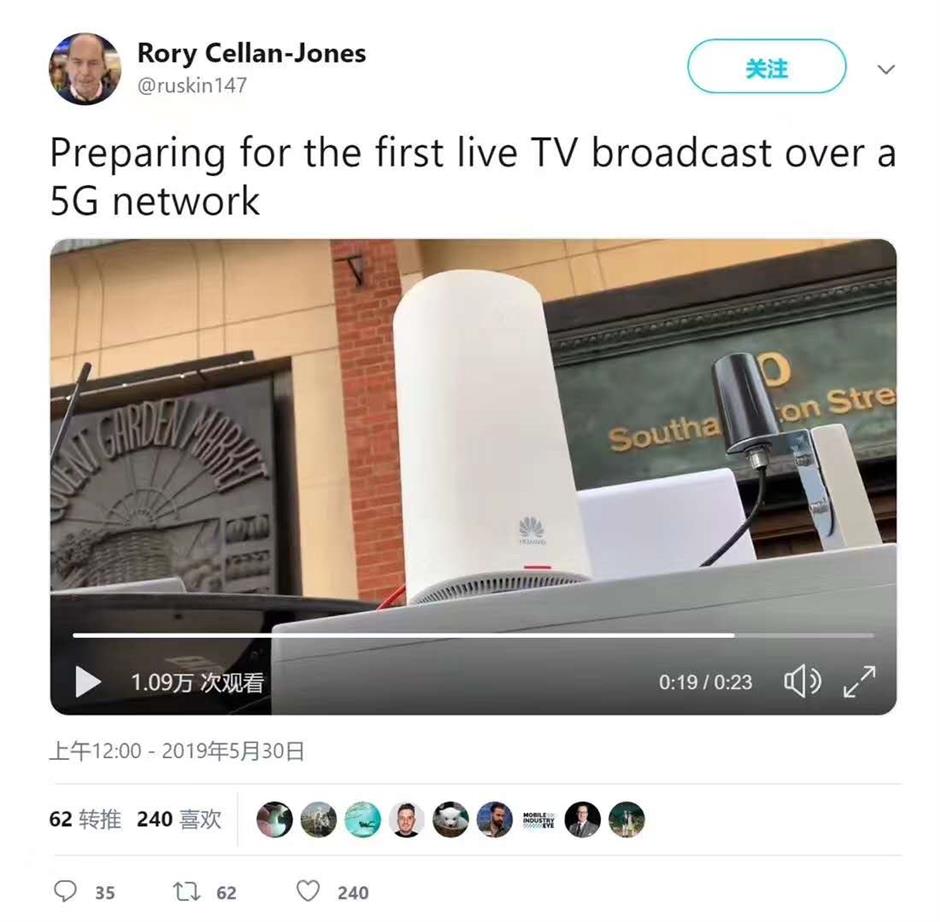 BBC also made the world’s first live broadcast by  5G. Huawei’s devices are seen during the broadcast.

The BBC also made the world’s first live broadcast on a 5G network. Huawei’s devices were seen during the broadcast.

Huawei has obtained 40 contracts, 25 from Europe.

The US has pushed hard for a ban on Huawei in Europe for "security" reasons, but offered no evidence. Huawei’s 5G devices are “nearly irresistible” for price and technology advantages, media reported including the Washington Post.