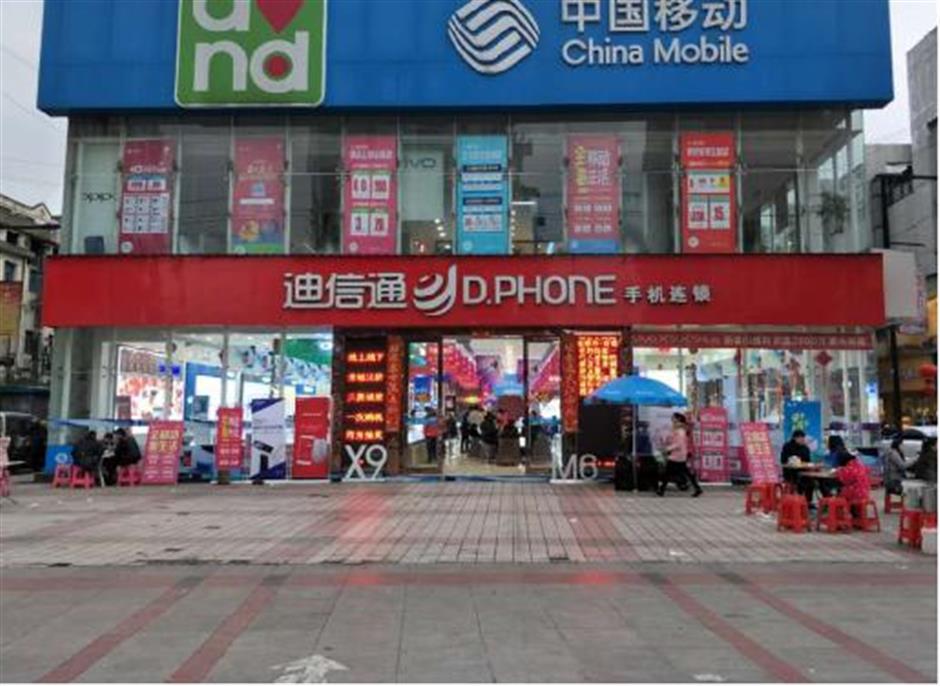 Hong Kong-listed Beijing Digital Telecom Co said it will use the proceeds from the issue of 65,793,400 new shares for goods procurement and daily operations, according to a stock exchange filing.

The Beijing company operates some 3,000 offline chain stores under the D.Phone brand which specialize in the selling of smartphone and mobile devices in over 30 domestic provinces and municipalities. JD hopes to penetrate into lower tier cities through collaborating with existing brick-and-mortar stores.

The two companies will also set up a 400 million yuan joint venture for further collaboration in finance, products, technology, logistics and other fields.

JD.com's wholly owned subsidiary Suqian Jiashi Co Ltd will contribute 51 percent of the registered capital and appoint three members to the board of directors of the joint venture. The Beijing company will nominate two directors.

The joint venture aims at building up the strength of both parties in areas including capital finance, warehousing and cloud services, thereby improving efficiency and reducing operating costs.

The initiative has contributed to 30 percent of D.Phone’s sales growth since the partnership began in November last year.