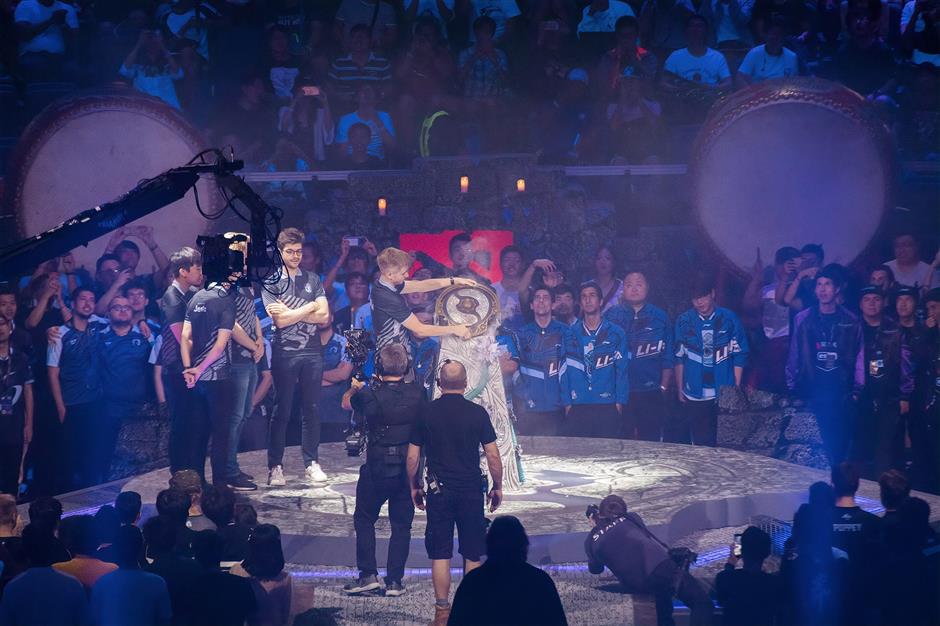 OG Team, champions of last year's TI8 event, present the “Aegis of Champions” shield at the opening ceremony of this year's T19.

TI9, or the International Dota 2 Championships, officially opened on Tuesday in Shanghai, the first city in Asia to host the world's top eSports event.

A total of 16 eSports teams from around the world are in Shanghai to compete for prize money in excess of US$33 million at the Mercedes-Benz Arena. After six days of competition, the winner will be decided on Sunday.

Of TI9's prize money pot, which has surpassed that of football's World Cup, about 45.5 percent, or 100 million yuan (US$14 million), will go to the championship team, the first time an eSports prize has exceeded US$10 million.

Gabe Newell, co-founder of Valve, expressed his gratitude to Shanghai residents and local government for their hospitality and support for eSports.

Valve is the TI9 organizer while Shenzhen-listed Perfect World is assisting in hosting the event in China.

In recent years, Shanghai has introduced a number of policies to support eSports, including the holding TI9 event, building eSports venues and support related sectors like broadcasting and training of eSports.