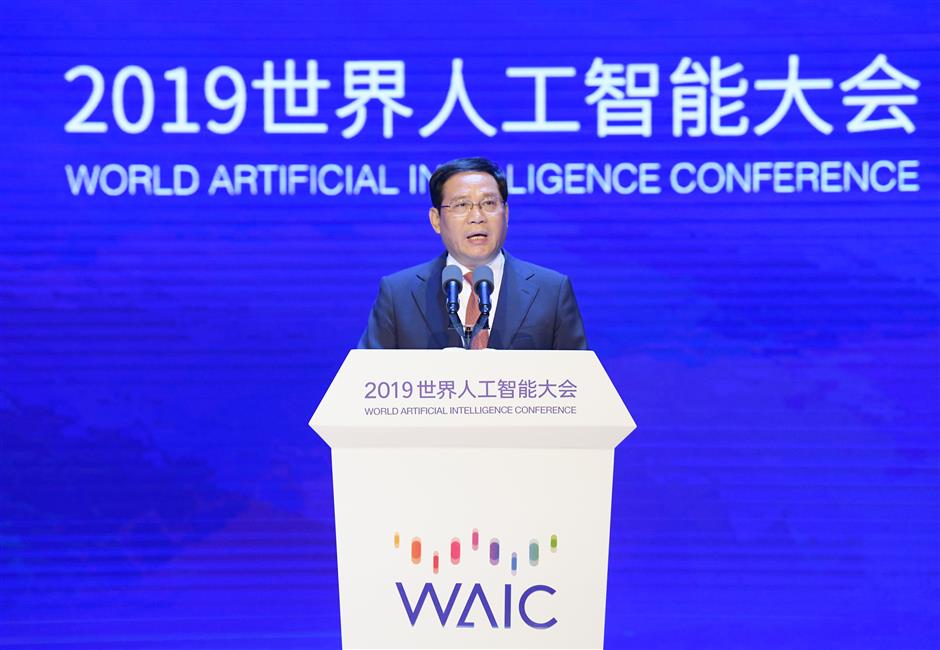 Shanghai Party Secretary Li Qiang makes a keynote speech at the opening of the conference.

The 2019 World Artificial Intelligence Conference (WAIC) opened on Thursday in Shanghai, revealing a batch of policies, achievements and agreements to boost the city’s AI cooperation and innovation as well as its aim of becoming a global AI hub.

With the theme of "Intelligent Connectivity, Infinite Possibilities,” the event had about 500 guests and speakers including Nobel laureates, researchers, IT scientists, government officials and leaders of dot-com giants in attendance. Over 50 percent of guest speakers at its forums were from overseas.

"Shanghai will take an open attitude to embrace AI and make active moves to boost local AI ecosystem," said Shanghai Party Secretary Li Qiang at the opening of the conference.

“Shanghai will accelerate the development of AI innovation sourcing, application demonstrations, institutional supply and talent gathering to join hands with friends from both home and abroad to create a new chapter in the development of artificial intelligence," said Li.

More than 70 AI and 5G projects will be signed at the three-day conference, including Huawei's 5G innovation center, CloudWalk's global operation center and IBM Watson’s center.

“As a key driving power for the new round of technological innovation, artificial intelligence can reshape all industries, and has become a priority development target for the city," Li said. "We are in an era that moves from 'all connected' to 'all smartly connected'."

The city will make use of great opportunities created by the construction of the expanded area of Shanghai's free trade zone in Lingang, the launch of the STAR Market and the integrated development of the Yangtze River Delta Region to accelerate growth of AI in fronts of standard-making, infrastructure-building, trading and capital-raising, Li noted.

Two Shanghai-based firms are to join the national open innovation platform for next-generation AI, the first local companies to do so. Before 10 new companies were announced during the opening session, the national platform consisted of only four — Baidu, Alibaba, Tencent and iFlytek. Each chosen firm is focused on a particular category of AI, such as Baidu on self-driving and iFlytek on voice recognition.

The new list includes Yitu and Mininglamp from Shanghai, plus giants such as Huawei and JD.com. 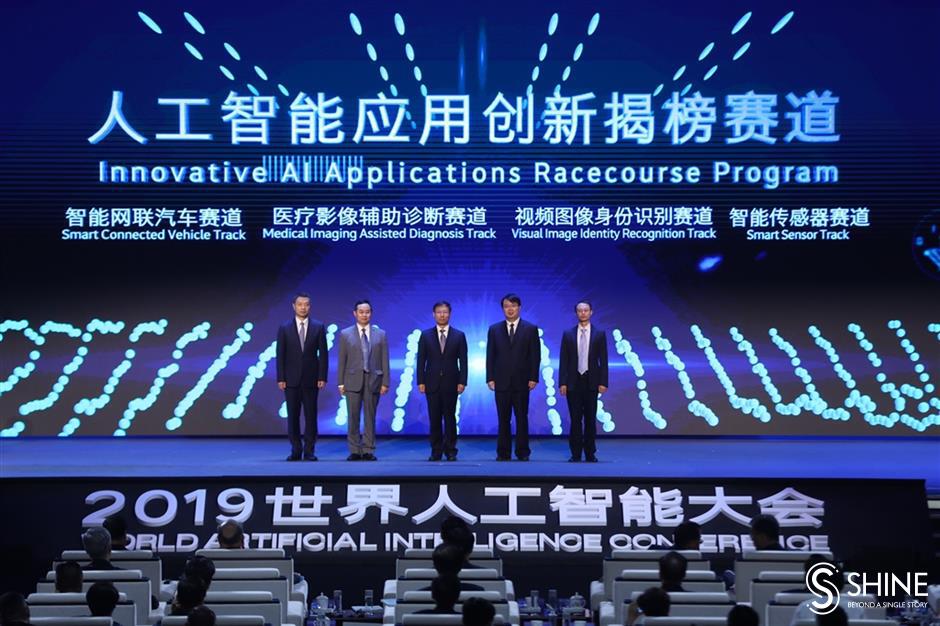 Shanghai has advantages in developing as an AI platform such as talent, advanced manufacturing and chip industries, said government officials.

The WAIC will also have an exhibition area of 15,000 square meters for innovative applications.

There are more than 1,000 core AI enterprises and more than 3,000 pan-AI enterprises in Shanghai. The scale of related industries exceeds 70 billion yuan (US$9.76 billion), taking the lead in the country. 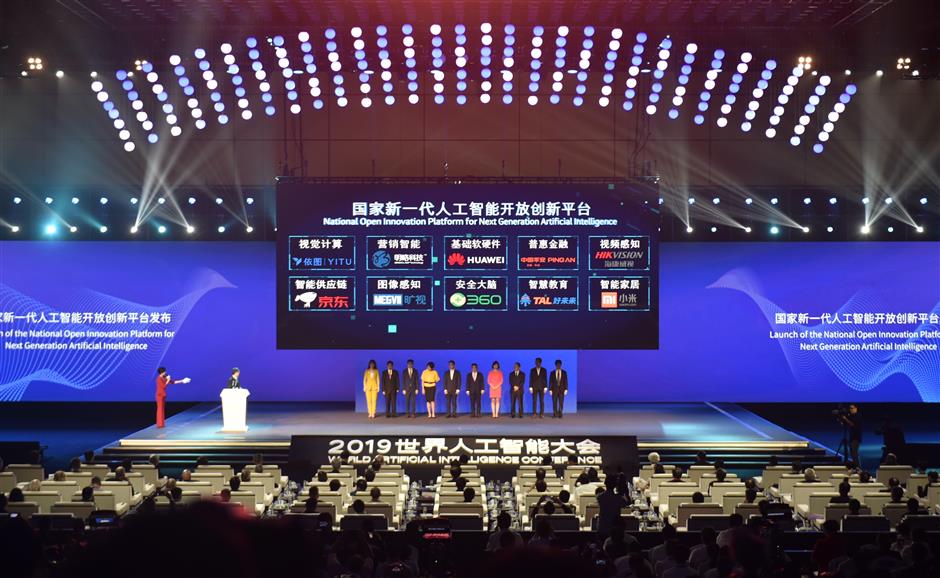 The national open innovation platform for next-generation AI is unveiled at the conference.