Hangzhou base ideal for the future of 5G

Chinese companies are tapping new opportunities in emerging industries related to 5G technology, and the newly established China (Hangzhou) 5G Artificial Intelligence Demonstration Base will provide them with an ideal platform to boost technological innovation.

The base is run under the cooperation of Hangzhou’s Dinglan Smart Town, tech giant Huawei, China Mobile and local company Tusincere.

“Hangzhou government has announced a series of policies supporting 5G in the hope of creating a global hub in this field,” said Fan Chaohui, vice director of Jianggan District, where the base is located.

“5G is a major highway of the information society that accelerates development of the digital economy and various information applications. It will definitely become a new engine to boost the economic development of Hangzhou,” Fan said. 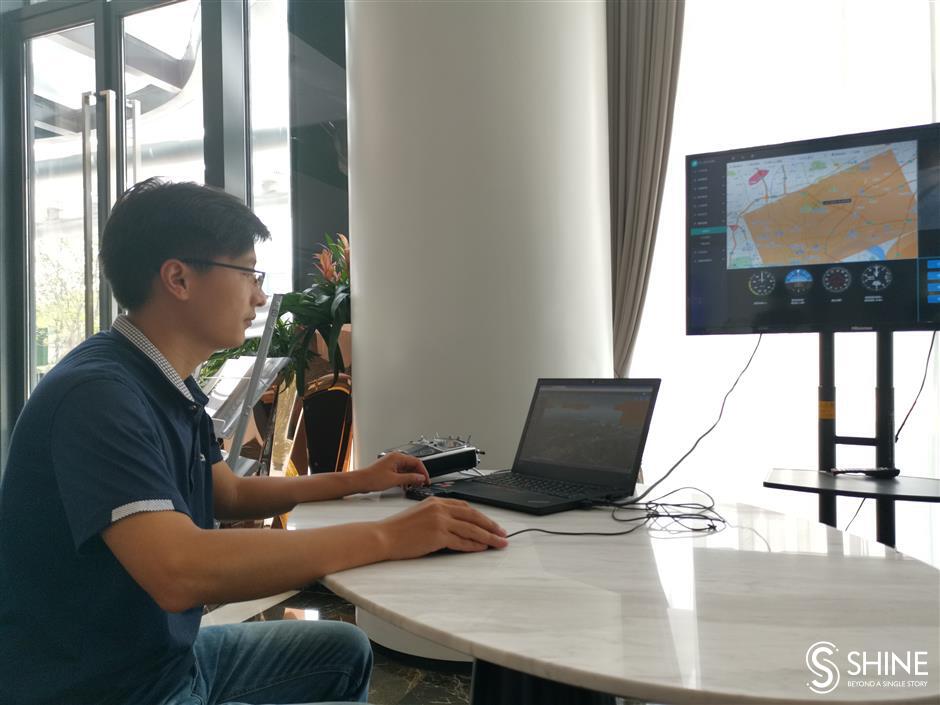 Zhao Minqiang, a project leader from Beihang University, demonstrates a navigational system for drones which has increased efficiency in dealing with traffic accidents, scientific research and environmental protection. With 5G, it will be able to more accurately locate a target.

Artificial intelligence has also opened up new possibilities and the base has already attracted a group of promising projects integrating 5G with AI.

Last year, Xie’s company launched two types of street vehicle robots. One is used to deliver packages, while the other cleans streets. The company is beginning to carve out a market in the Yangtze River Delta through the platform of the demonstration base.

About 200 Wo Xiaobai, the cleaning robots, are in use at industrial parks, factories and schools all over China.

“The robot will adjust cleaning velocity and mode according to surroundings. Now, 5G technology makes it smarter, since the system works much quicker than before,” Xie said.

“They have a lifespan of more than five years. Compared with cleaners, the robots work more effectively without taking a leave of absence. Concerning China’s declining human resources with the aging population, AI robots have a bright future under 5G technology.”

A startup project from Beihang University is also searching for opportunities at the demonstration base. It has developed a drone system that works like an aerial traffic police force.

The drones are said to have significantly increased efficiency in dealing with traffic accidents, scientific research and environmental protection in recent years.

With 5G, they will be able to more accurately locate a target, take live videos and shoot 360-degree panoramic videos. 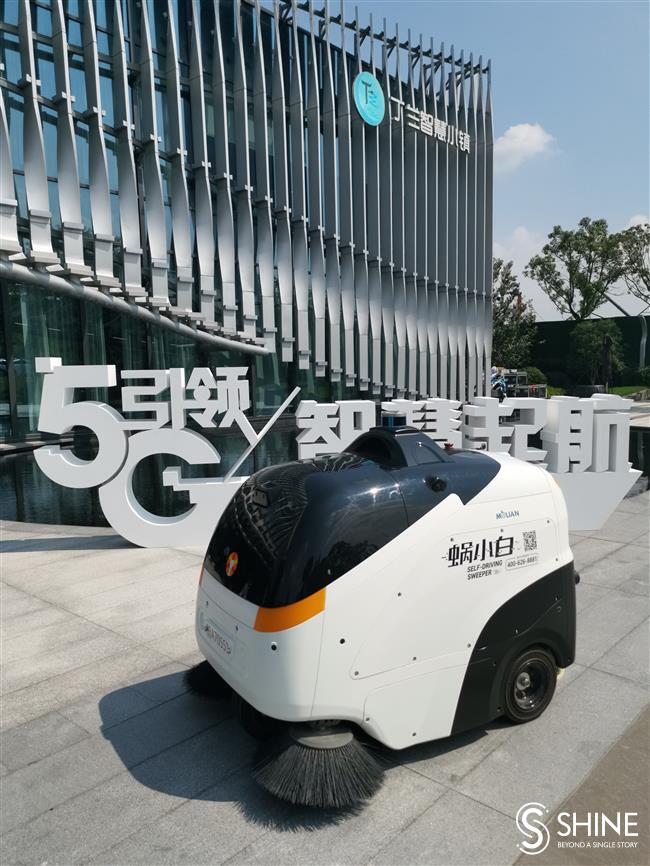 Wo Xiaobai cleans up at the demonstration base.

However, the growing number of drones also increases the dangers of low-flying aircraft. Thus, a smart navigational system is required to make them safer and more effective.

“Our system is running like a radar map where people can see other drones in the air and avoid possible accidents. Meanwhile, the forbidden military areas are also marked on it,” said project leader Zhao Minqiang from Beihang University.

“The Civil Aviation of Administration of China is gradually opening areas for low-flying drones, which means the market for drones will definitely expand in the future. Our system can provide reliable services for them with the support of 5G.”

The Hangzhou office of Huawei is providing technological services for these projects. The company accelerated the development of 5G technology after it was added to the US “Entity List,” which forbids it to buy products and components from American suppliers.

“At the demonstration base, Huawei will make experiments and explorations in services and commercial modes, not just technology,” said Li Gang, director of the AI drones department of Huawei in Hangzhou.

“We are going to offer the best technological support to companies and projects, especially in emerging fields such as environmental protection and drones.”

Three days before the establishment of the demonstration base, China Mobile signed a contract with Gaocheng Village of Dinglan Smart Town. The village is expected to be the first village with 5G network in Hangzhou.