Jack Ma talks to his fellow founders of Alibaba in Hangzhou in 1999.

Jack Ma steps down this week as chairman of Alibaba, but the start-up he built into an online retail behemoth is expected to keep thriving into a new era thanks to a culture of innovation he helped nurture.

Ma plans to put his vast fortune — among China’s biggest at US$41 billion — into initiatives serving his first love, education, following the footsteps of a fellow tech innovator he admires: Bill Gates.

The departure of charismatic founders from big tech companies typically causes hand-wringing and wobbling share prices, but not at Alibaba.

The company’s operational reins have for a couple of years now been in the hands of a respected team of executives who have kept it on e-commerce’s cutting-edge.

Ma was Alibaba’s driving force and a frequently irreverent ambassador for the company, known for stunts like a Michael Jackson-inspired dance at an Alibaba anniversary celebration two years ago and starring in his own kung fu short film.

He is expected to retain some advisory functions. But the transition to figures like CEO Daniel Zhang, and co-founder and executive vice chairman Joseph Tsai — announced exactly a year ago — may prove to be the “gold standard” for tech-company succession, said Jeffrey Towson, an equity investor and professor at Peking University.

“He’s succeeded at what Steve Jobs, Bill Gates and (Yahoo co-founder) Jerry Yang failed at, which is making themselves redundant,” said Towson, who has authored books on China’s leading companies.

“He built a really robust culture at Alibaba and they are still just innovating like crazy.” 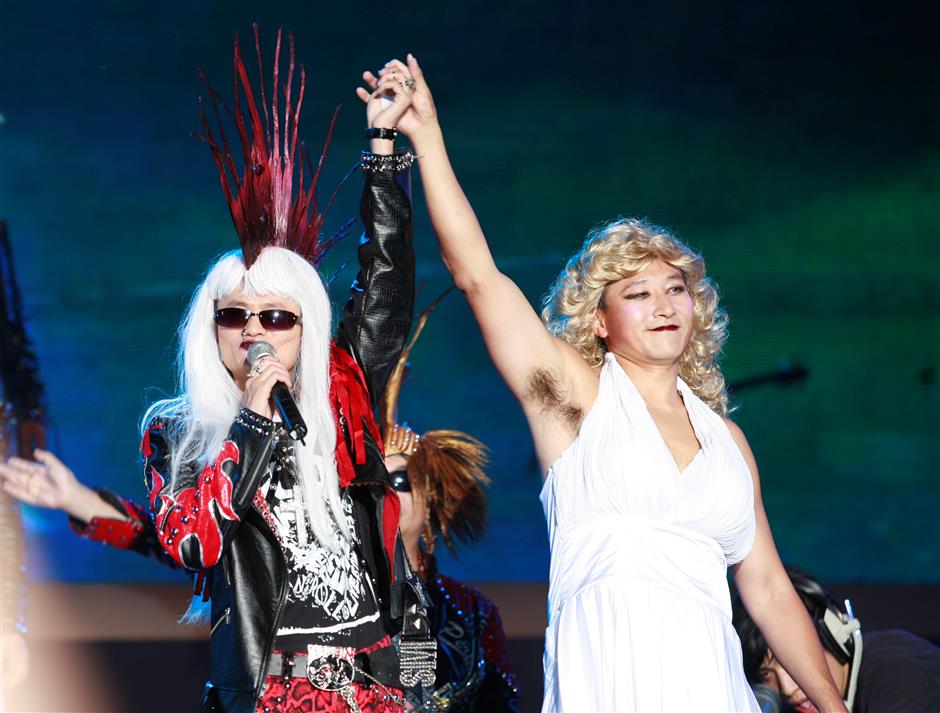 Ma was a cash-strapped Chinese entrepreneur when he convinced friends to give him US$60,000 to start Alibaba in the eastern city of Hangzhou in 1999.

With monthly active users of more than 750 million today, Alibaba helped to unlock China’s massive consumer power, coincidentally a key objective of the government today as its seeks to fuel domestic demand to lessen the reliance on fickle foreign trade. Its Taobao and Tmall platforms have helped countless businesses grow.

“(Ma) has been the driving force for the development of China’s Internet industry and economy. He is (China’s) entrepreneurial godfather,” said furniture maker Cheng Huaibao.

Cheng, 30, is one of millions of small businessmen, often located in so-called “Taobao villages” — communities whose economies are oriented towards Alibaba’s vast market — who leapt into commerce thanks to the company.

Cheng started making bunk beds in 2010 in the eastern Jiangsu Province with 10 staff. Today his thriving operation has 100 employees. “Without Teacher Ma, I wouldn’t have come out and started my own business,” Cheng said, using a common Chinese term of respect.

There have been criticisms.

Alibaba and its imitators are accused of fostering rampant commercialism and materialism and the selling of counterfeit goods. 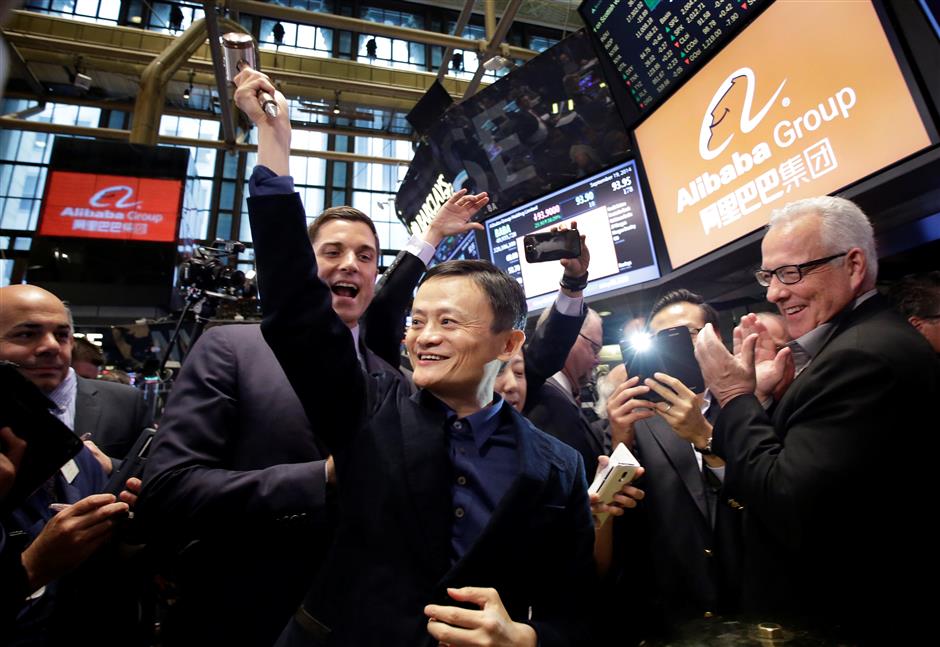 Jack Ma (center) raises the ceremonial mallet before striking a bell during the company’s IPO at the New York Stock Exchange in 2014.

And some of Ma’s comments have drawn barbs, including recently dismissing concerns that Chinese workers were toiling excessive hours.

But Alibaba has continued to expand its ecosystem, pushing into cloud computing, entertainment, and a “new retail” concept — combining online ordering with bricks-and-mortar stores — while its Alipay finance unit has pioneered cashless digital payments.

Despite slowing Chinese economic growth and the US trade war, earnings have so far remained strong.

Ma, who has established an eponymous charitable organization, already has launched a range of education initiatives.

Last month he sketched out his mantra going forward during a technology debate in Shanghai with Elon Musk, good-naturedly chiding the US entrepreneur about his obsession with putting a man on Mars.

“We need a hero like you, but we need more heroes like us improving things on Earth,” Ma said.