The world's high-tech firms are designing robots specifically for demands in the China market, including automatic waste separation and heavy-duty material handling, Shanghai Daily learned during the China International Industry Fair on Thursday.

During the fair, the company introduced a new robot capable of moving payloads up to 16 kilograms. It also plans to open a new application center in Shanghai in October.

Reducers, controllers and electric drivers are three key components in industrial robot manufacturing, said Liu Jinchang, a senior researcher with the Ministry of Science and Technology.

The company also plans to start global expansion by 2020, mainly in Europe, US, Japan and South Korea, Hsoar said during the fair.

About 140,000 industrial robots were sold in China in 2018, accounting for one-third of the global total. China, Japan and the US are the top three global industrial robot markets. 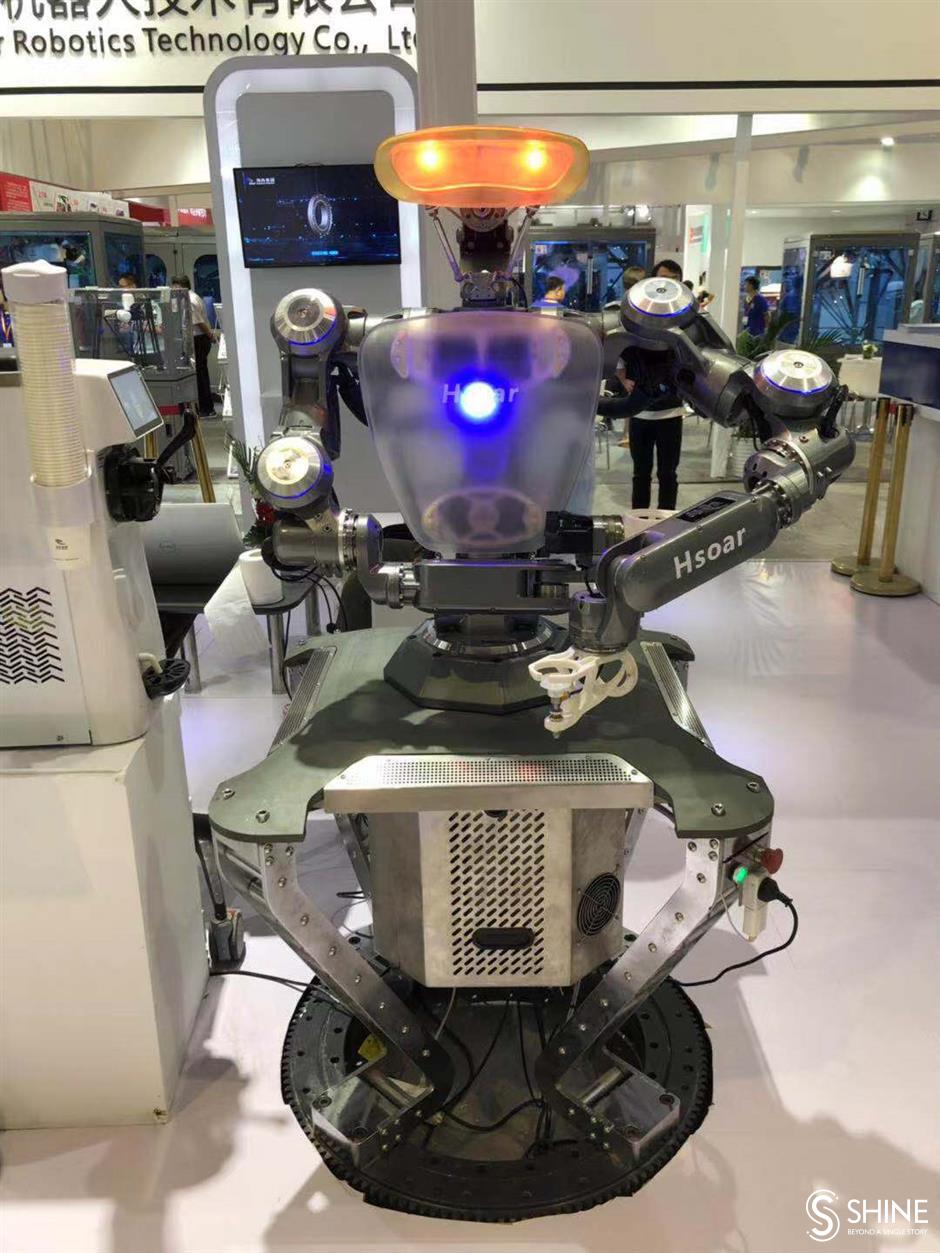