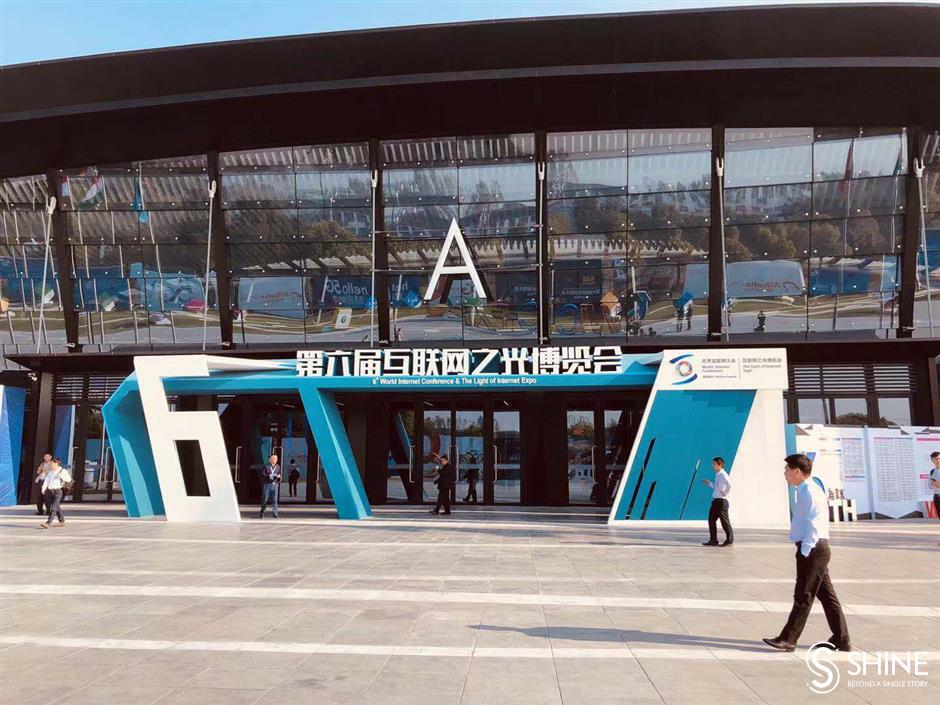 The Light of Internet Expo, a part of the summit, features 5G , robots and FinTech.

Speakers talked about international Internet cooperation, data usage and 5G development during the opening of the Sixth World Internet Conference on Sunday in Wuzhen, a water town in Zhejiang Province.

President Xi Jinping sent a congratulatory letter to the event, pointing that this year marks the 50th anniversary of the birth of the Internet. A new round of scientific and technological revolutions and industrial transformation is accelerating, and new technologies, new applications and new forms of business such as artificial intelligence, big data and the Internet of Things are just unfolding. The Internet is embracing a stronger development momentum and broader development space, according to the letter.

Speakers shared opinions on the theme of "Intelligent Interconnection for Openness and Cooperation: Building a Community with a Shared Future in Cyberspace.”

Over the next decade, 5G will become an important engine to drive economy, through combination with artificial intelligence and the Internet of Things, said John Hoffman, CEO of GSMA.

In 2025, global 5G user base will hit 1.4 to 1.6 billion and China will account for one-third of them, according to GSMA or GSM Association.

The summit, organized by the Cyberspace Administration of China and the Zhejiang government, will run until Tuesday. More than 1,500 guests will attend.

Many reports, including the China Internet Development Report 2019, will be released.

An industry fair, the Light of Internet Expo, is a part of the summit. It has attracted 600 exhibitors. 5G services, robots and FinTech technologies are on show.

Moreover, 5G signals has covered all regions of Wuzhen from now on.