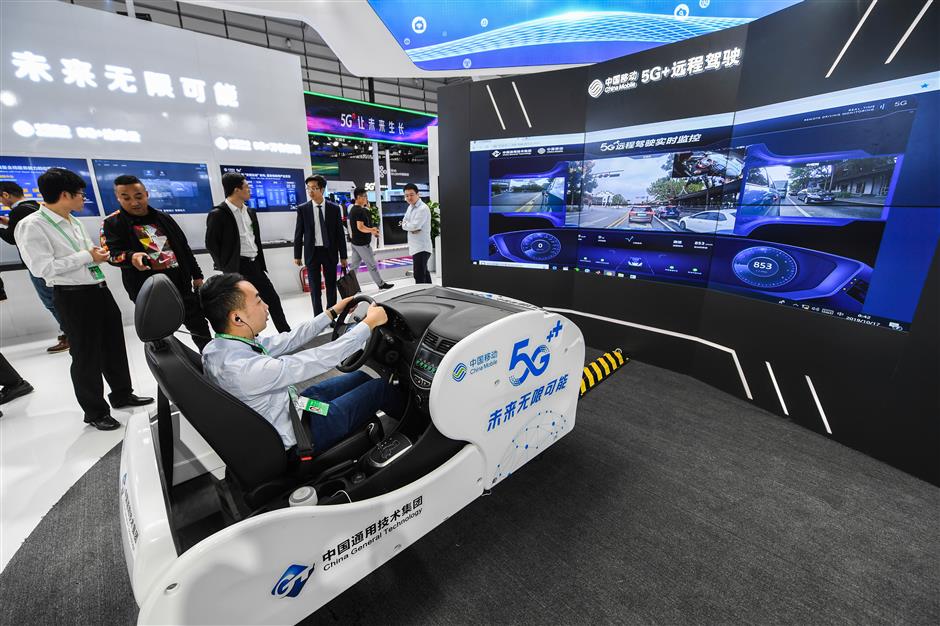 Rashid Galadanci, an entrepreneur from New York, is showing a mobile app for assisted driving to visitors at the Light of Internet Expo, a side event of the sixth World Internet Conference held in Wuzhen, Zhejiang Province.

Combining computer vision and artificial intelligence, the app allows users to make a video recording of their trip and receive alerts when they are at risk of hitting another car or pedestrian. Galadanci said as an exhibitor at the expo, he was also attracted by other cutting-edge technologies showcased there.

“China’s AI technology is developing fast and I hope to find Chinese partners at the expo,” Galadanci said.

Alvin Ng, Asia-Pacific vice-president and general manager of digital solutions at Johnson Controls, a multinational corporation dedicated to smart building business, said the company values the Chinese market and has set up more than 100 branches, eight manufacturing plants and three research and development centers in China.

“We hope to cooperate with Chinese companies in the fields of artificial intelligence, cloud computing and the Internet of Things to integrate into the ecosystem of China’s digital economy,” Ng said.

According to a report from GSMA, an international association in the mobile industry, China’s 5G connections will account for about one-third of the world’s total by 2025.

John Hoffman, CEO of GSMA, said that China is taking a leading role in 5G technology and application. If you are a technological entrepreneur or an investor hunting for the next unicorn company, China will certainly be a good choice, Hoffman said at WIC.

German software and cloud giant SAP is also increasing its presence in the Chinese market.

Sam Li, global senior vice president and managing director of SAP China, said the company hopes to foster cooperation between China and Germany in the area of industrial internet, which will help facilitate China’s high-quality growth.