Shanghai Daily used two SIM cards, both from China Mobile, to conduct the speed tests. The 4G and 5G models were an iPhone 8 Plus and Vivo Nex 3.

More than 130 5G base stations and 2,795 indoor mini-stations have been set up at the expo venue and neighboring Metro stations and hotels, according to government officials and local branches of China Mobile, China Unicom and China Telecom. 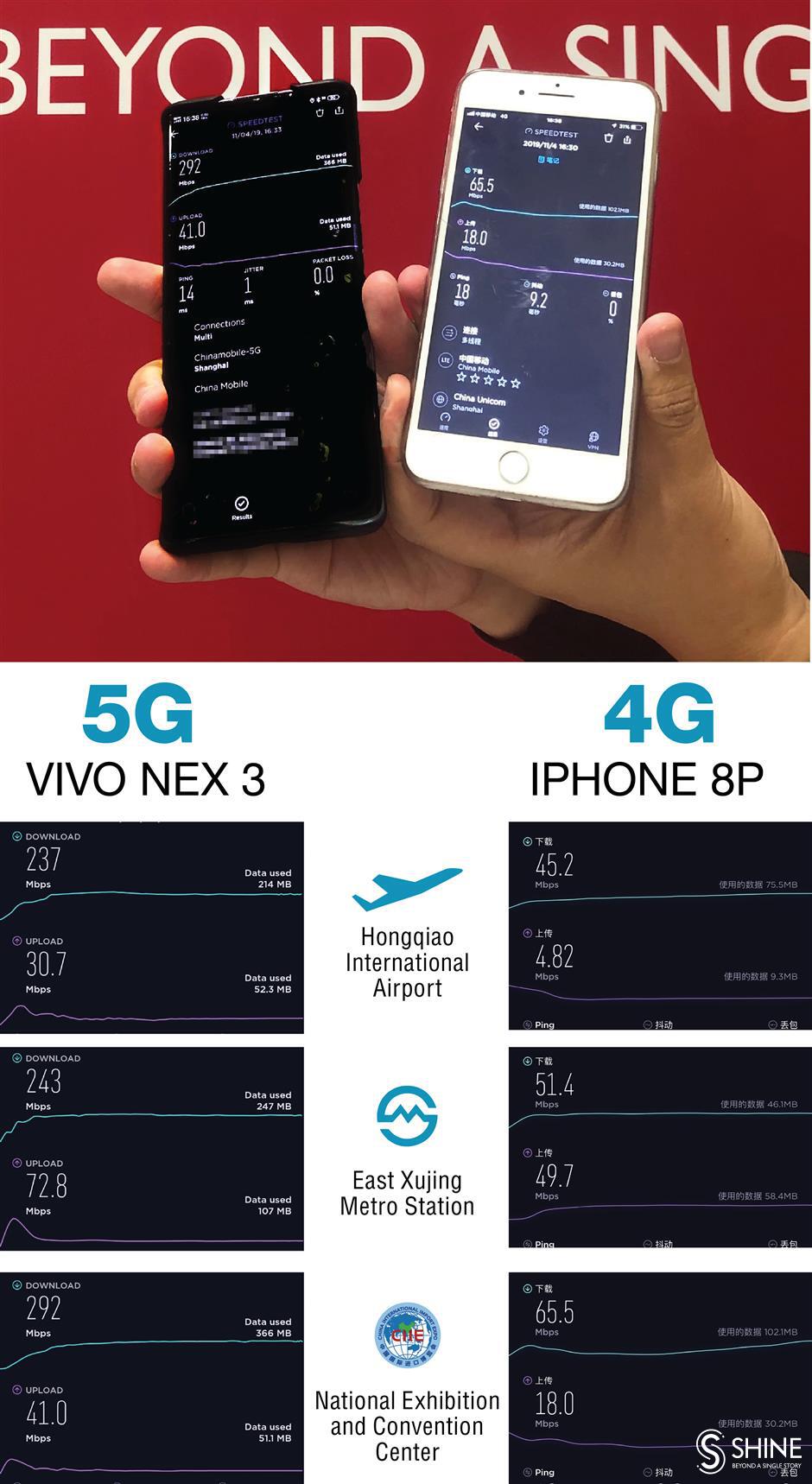