Canaan Inc, the world’s No. 2 Bitcoin mining company, ended its first trading day on the Nasdaq board nearly even following its US$90 million IPO.

The Hangzhou-based company says it plans to “diversify business” by investing in blockchain, artificial intelligence, chips and overseas business with its IPO funding.

Shares of Canaan closed at US$8.99, compared with its IPO price of US$9, although intra-day prices soared over 40 percent.

Founded in 2013, Canaan does business in Bitcoin mining, blockchain, artificial intelligence, chips and integrated systems. In 2018, the company’s revenue reached 2.71 billion yuan (US$387.1 million), up 106.8 percent from the previous year. Revenue tripled in the third quarter of this year, according to its IPO filing.

Bitcoin is a major application for blockchain technology. Regulators have halted Bitcoin trading on the Chinese mainland but the country has drafted a blockchain blueprint.

Chinese firms are developing blockchain applications in finance, commercial innovation and enterprise services. Blockchain technology, which allows for transparency, openness, trackability and authenticity, can be used in various applications. Nationwide, China has eight blockchain industry alliances and Shanghai accounts for half of this number. 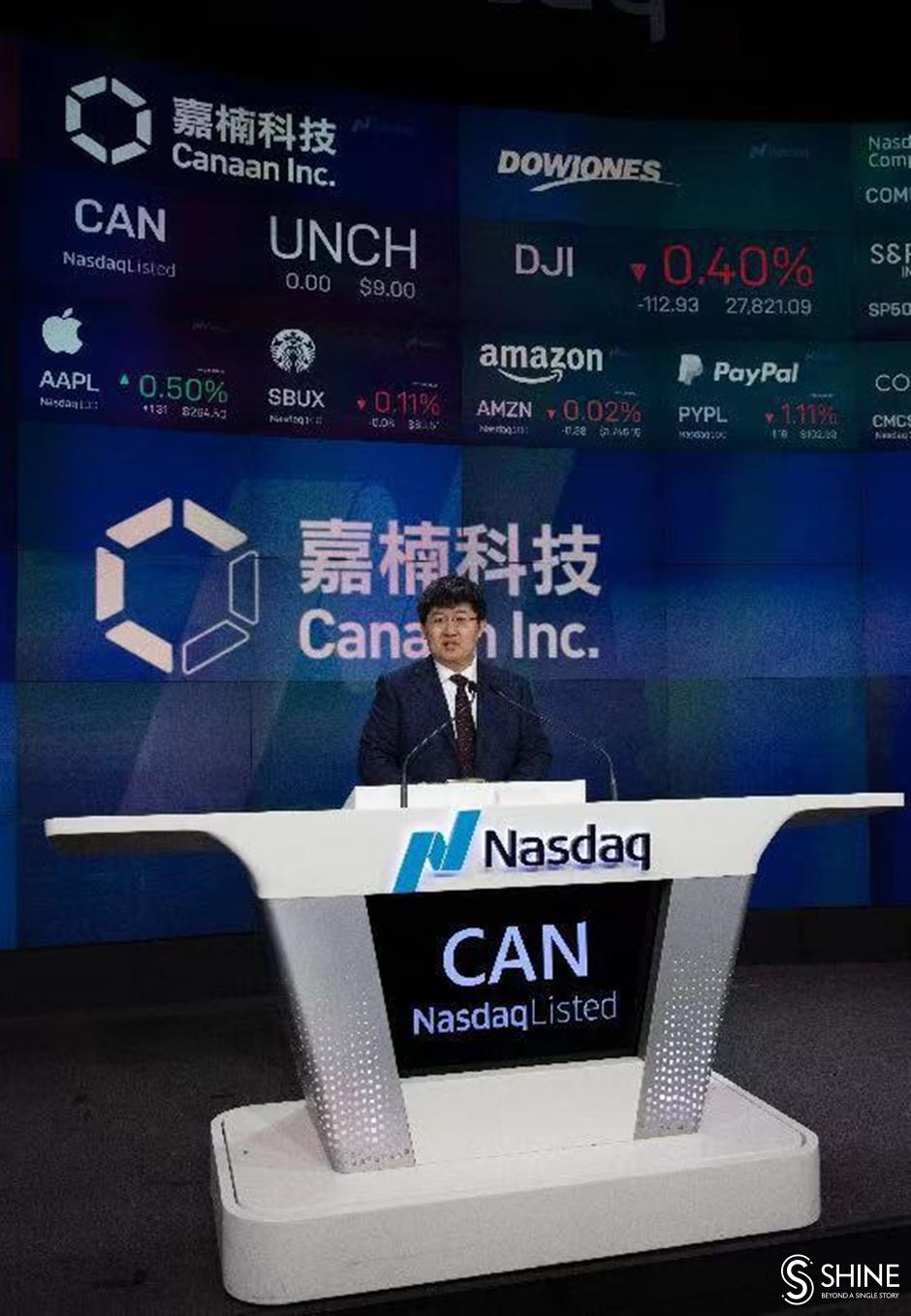