Digital engines that are changing our lives 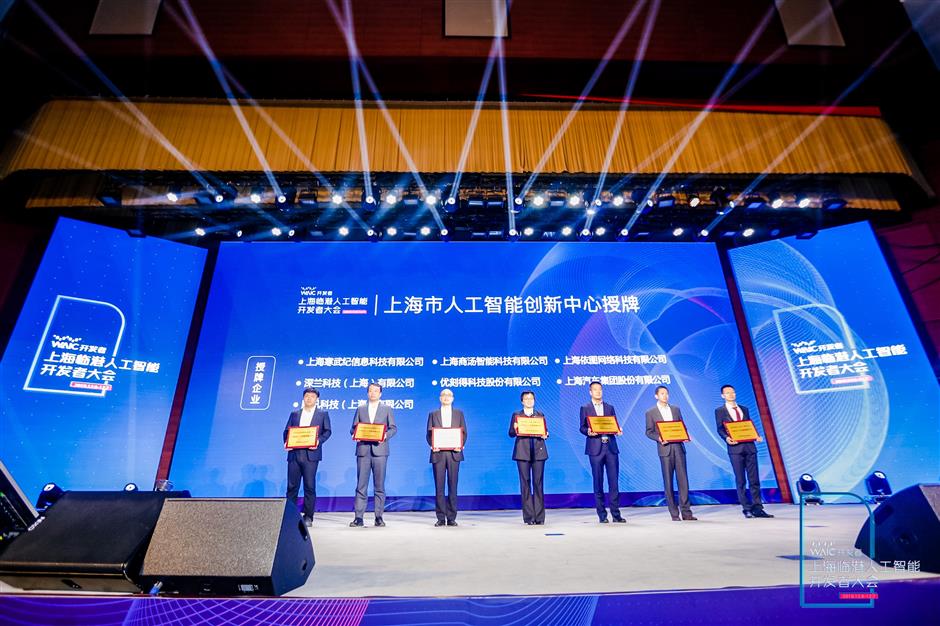 One-stop government services, digitalized driving schools, less traffic congestion and more transparent commerce. Those benefits and more are coming to the fore as Shanghai is speeding up efforts to turn itself into a “smart” city.

All that progress is made possible by artificial intelligence and blockchain — the dual engines at the vanguard of new technologies.

“Shanghai has taken a leading position on AI nationwide, thanks to hardware, data and algorithm development,” said Xu Peng, a senior official at the Ministry of Industry and Information Technology.

Though Shanghai has made great strides on the road to becoming a smart city, gaps with major Western cities remain, especially in ecosystems. Xu told a forum that Shanghai needs to upgrade its efforts in infrastructure development, data gathering and talent nurturing. The forum was held in the Lingang Special Area, the city’s newest AI industrial center and part of China (Shanghai) Free Trade Zone.

Shanghai now hosts 1,100 AI firms and a third of the nation’s talent in that sector. It has announced new strategies to improve ecosystem development, a 10 billion yuan (US$1.43 billion) AI fund, and preferential policies covering taxes and benefits for overseas companies and professionals.

For example, AI firms in Lingang can enjoy a special tax rate of 15 percent, compared with 25 percent or more for other companies. Overseas talent coming to Lingang will be given special treatment on taxes, residency application approvals and home purchases, according to local officials.

Shanghai’s 10 billion yuan AI fund will be tripled in the future, according to Wu Wei, general manager of the fund.

In 2018, there were 123 million people globally with individual investable assets of between 300,000 yuan and 10 million yuan globally, he said, predicting that the number will rise to 183 million people in 2022. That creates a great market potential for digital technologies.

The platform integrates 10 major functions of 22 departments, covering all regulations and major procedures in international trade. It makes use of blockchain for financial insurance, supply chains, Internet of Things and intelligent manufacturing.

The company has invested about 800 million yuan in two companies with blockchain technologies or businesses, industry sources said.

“Some companies will rise, some giants will decline within the next three to five years,” Shi added.