Flying taxis, a robot that can fetch toilet paper when you’re stranded on the loo and many other technologies are showcased this week at 2020 Consumer Electronics Show in Las Vegas.

The annual technology conference is the place for big brands and startups alike to unveil their products and services for the coming year, though larger companies such as Apple, Google and Microsoft typically hold their own announcement events. The show formally opens on Wednesday.

The Samsung unit Star Labs unveiled a digital avatar it described as an AI-powered “artificial human,” called NEON, claiming it is able to “converse and sympathize” like real people.

The technology allows for the creation of customized digital beings that can appear on displays or video games and could be designed to be “TV anchors, spokespeople or movie actors” or even “companions and friends,” according to the California-based unit of the South Korean giant.

“NEONs will be our friends, collaborators and companions, continually learning, evolving and forming memories from their interactions,” said Pranav Mistry, chief executive of the lab.

The NEON creators said the new virtual humans are the product of advances in technologies including neural networks and computational reality. 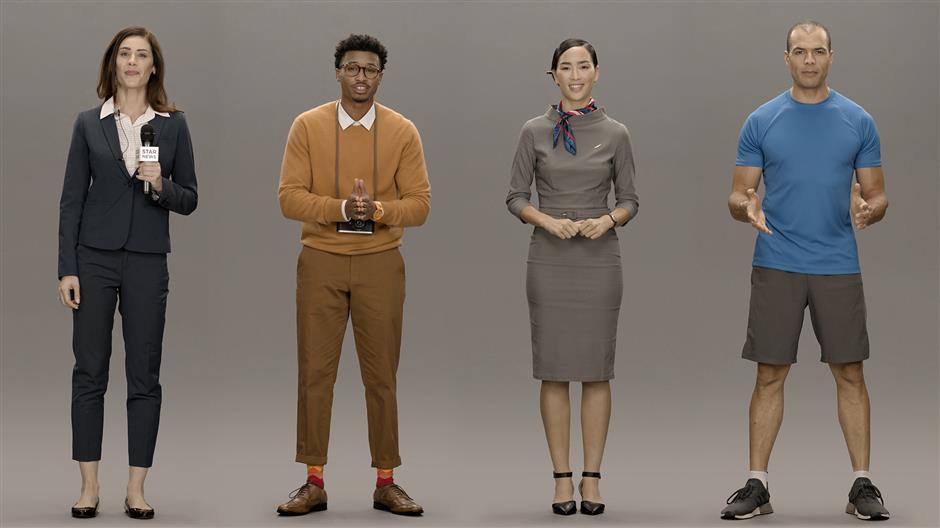 The South Korean manufacturer said it would produce the four-passenger electric “vertical takeoff and landing vehicles” at “automotive scale,” but over time will become autonomous.

Uber has announced it had selected Melbourne to join Dallas and Los Angeles in becoming the first cities to offer Uber Air flights, with the goal of beginning demonstrator flights in 2020 and commercial operations in 2023. Hyundai is using CES to show the S-A1 model aircraft with a cruising speed up to 290 kilometers per hour. 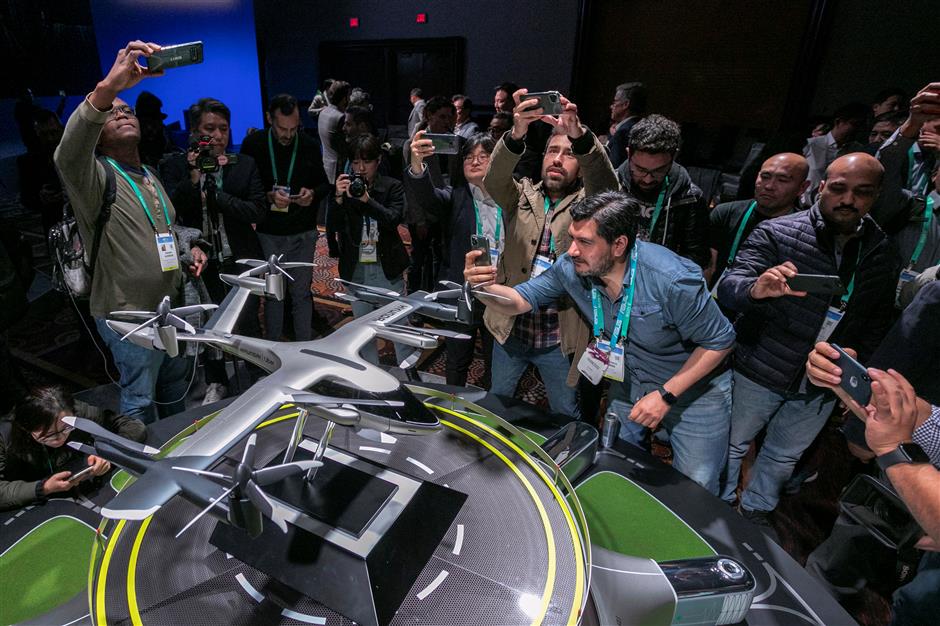 A model of the S-A1 electric vertical takeoff and landing aircraft is shown at the Hyundai news event at the 2020 Consumer Electronics Show in Las Vegas on Monday (US time). The South Korean company announced the partnership with Uber to create an air taxi network.

Robot for the loo

Charmin wants to solve a familiar feeling: being stranded on the toilet with an empty toilet paper roll. Its solution: a two-wheeled robot that can fetch a fresh roll. The robot, around 15.24-centimeter tall, has the face of a bear “like the cartoon ones in Charmin’s commercials” and toilet paper sitting on top.

But don’t expect it to roll to your bathroom anytime soon. Procter & Gamble, the company that owns Charmin, said the robot won’t be for sale and was just an example of what’s possible. 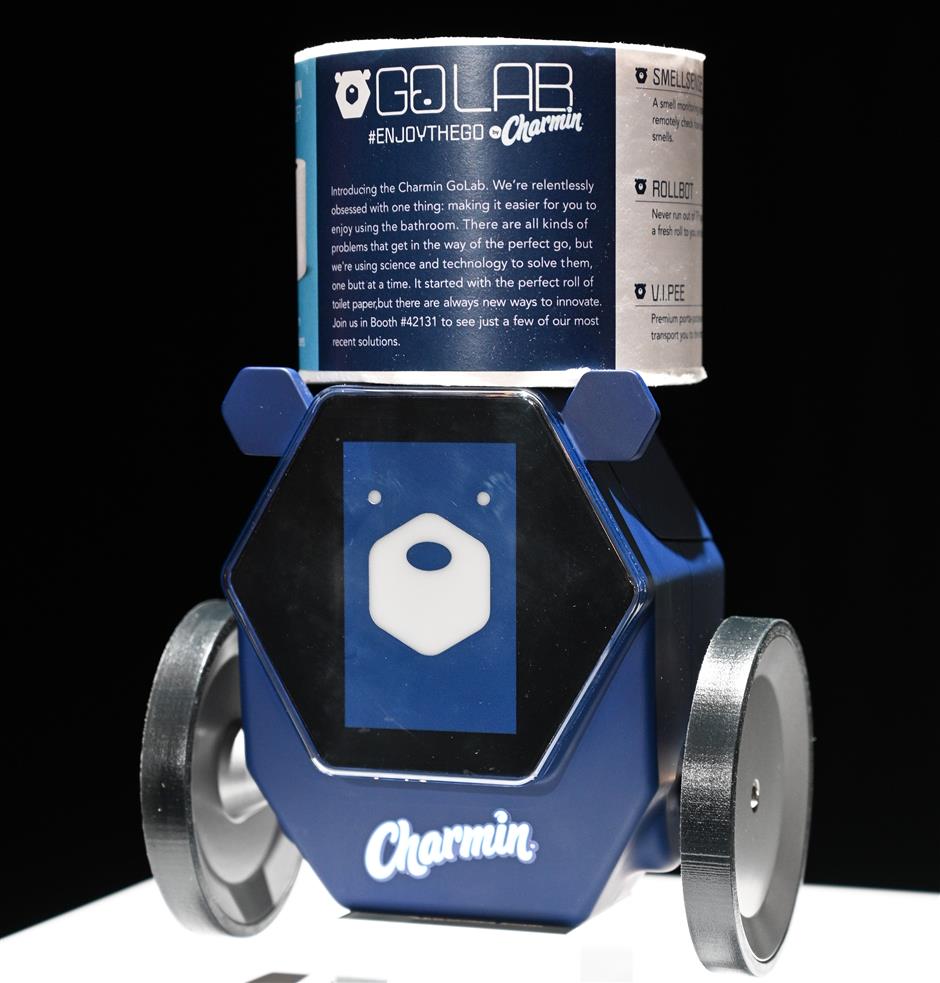 The Procter & Gamble concept toilet paper deliver system called the Charmin RollBot, a smartphone-activated robot that delivers a fresh roll of toilet paper to the bathroom when summoned, is displayed at the P&G press conference at the 2020 Consumer Electronics Show in Las Vegas on Sunday (US time).

Samsung scored points with its rolling robot ball, named Ballie, which tracks its owner around the home.

The ankle-high robot was designed as a “life companion” and fits into the company’s vision of “human-centered” artificial intelligence.

Sebastian Seung, chief research scientist of Samsung Electronics, described the tiny robot as a fitness assistant and a mobile interface to help people in various situations.

“It’s a remote control that helps seniors control all the smart devices in the home and calls for help if they need it,” he said.

The South Korean consumer electronics giant also showed a “Sero” television that can pivot from portrait to landscape modes the way smartphones or tablets do in an appeal to generations raised with mobile Internet viewing habits. 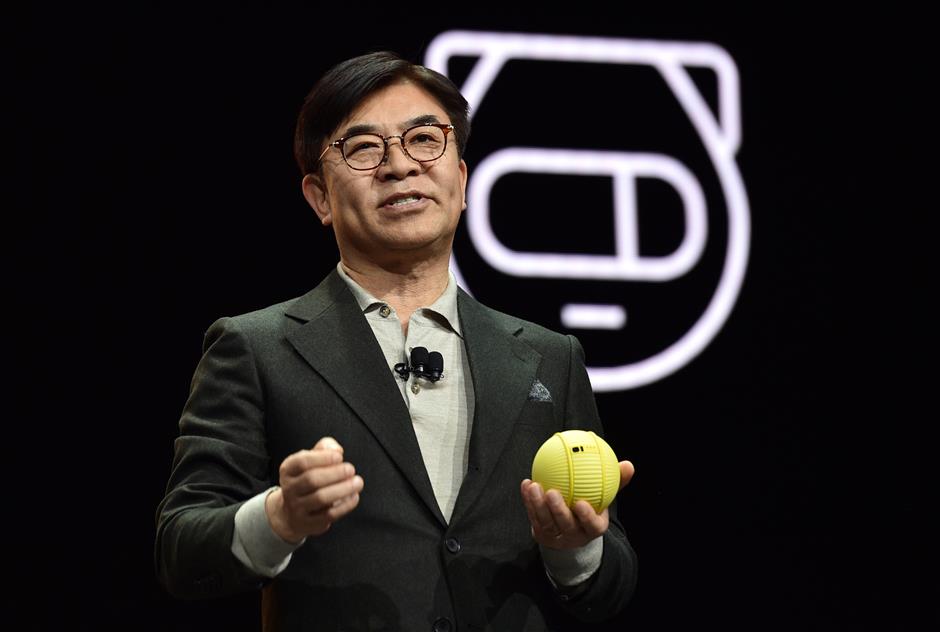 Startups are pitching a way to keep an eye on the elderly from afar.

The efforts come as the US government expects adults over 65 to outnumber children for the first time by 2034.

Caregiver’s sensors track the elderly through motion detection, though the product can also tell if someone has showered by measuring humidity.

Another company, CarePredict, has a wrist-worn device that can detect falls and alerts caregivers. Tracking isn’t cheap. CarePredict’s device, for instance, costs US$450, plus a US$70 monthly fee. Neither company uses cameras.

Chinese consumer electronics giant TCL offered a glimpse of three new smartphones, one of them tailored for super-fast 5G networks, and said they would cost less than US$500. TCL revealed it is working on a phone with a screen that folds like a book and a visor headset that gives an experience of looking at a 279.4-centimeter television screen.