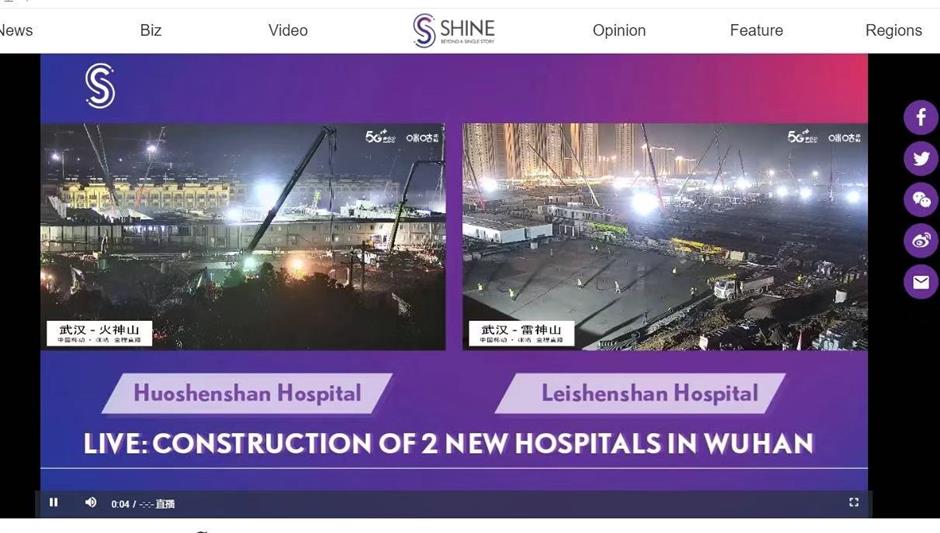 Technology firms are offering various free services during the coronavirus outbreak, including films, music and education resources, to keep people at home without boredom, which is also one way to fight against the pandemic.

China Mobile has offered livestreaming services on the construction of two temporary field hospitals, called Leishenshan and Huoshenshan, in Wuhan to treat patients infected with the novel coronavirus.

Until Friday, the broadcasts have attracted more than 100 million views through China Mobile’s Migu and its partners like CCTV and Shanghai Daily’s Shine.cn.

Up to now, China Mobile has spent 60 million yuan (US$8.6 million) on coverage of the hospitals, including the latest 5G services.

During the Spring Festival, major online video platform iQiyi has offered several free blockbuster films online, which used to be paid titles, such as "A Voyage of Chihiro" and "Youth." It has published a new comedy film "Enter the Fat Dragon" on Saturday, two weeks before its original schedule.

“It’s a special Spring Festival holiday this year (because of the virus outbreak), we have to meet audiences’ demand and face potential challenges,” said Song Jia, general manager of iQiyi’s film center.

Squirrel AI Learning, a Shanghai-based online learning platform, has offered free online accounts and courses valued over 500 million yuan. Its staff in 2,000 sites nationwide make sure the operation of the online courses during the festival and extended holidays of schools.

During the special period, the company will temporarily stop developing offline services and turn more operation online, the company said. 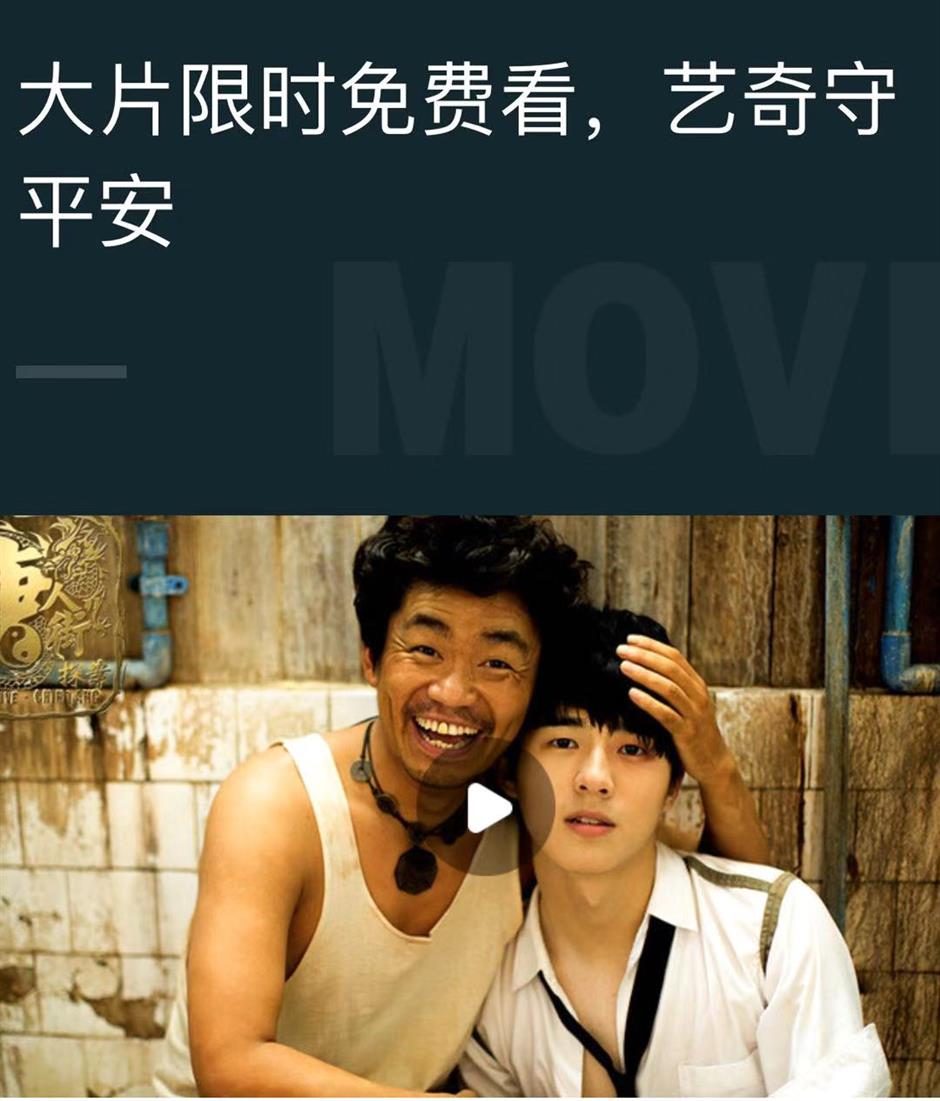