Drone flyers join the fight against the coronavirus 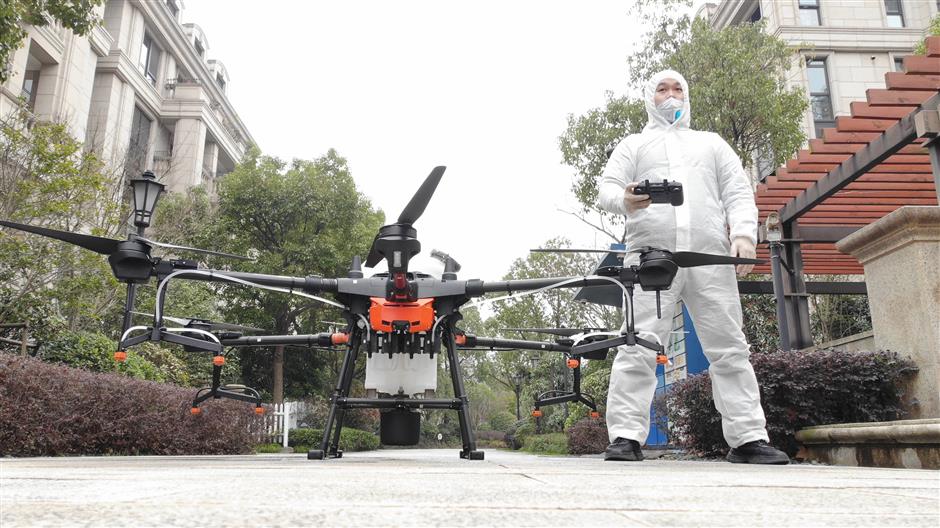 An industrial-use drone is seen to be employed for sterilization, which can help to reduce the risk of human-to-human infection during the fight against the novel coronavirus pneumomia.

John Jin has joined the battle against the novel coronavirus: he organizes a team of volunteers to fly drones to carry out sterilization in communities in Shanghai.

On Wednesday morning, he led a team of drone flyers at Dongsen Garden, a 10,000-square-meter community in Yangpu District in Shanghai. It was also the first organized drone team to conduct sterilization campaign in Shanghai.

“It’s another stressful and tiring day,” said Jin, general manager of the Shanghai Xinyi, which trains professional drone flyers for industrial use such as agriculture.

“I am also getting support from all sides, like companies and flyers,” said Jin, who is also the head of the Shanghai Civil Aviation Longhua Airport UAV Base.

After distributing notices to “close the windows and stay at home” to residents, flyers used three industrial-use drones to fly over the community and finish the sterilization process within one hour.

The move has been supported by firms like DJI and Qianxun SI, as well as many experienced volunteer flyers.

Jin admitted he faced many challenges and unexpected situations during the whole process.

Operating a DJI MG-1P, Jin and his team struggle against “minor accidents” such as temporary signal loss and hitting walls and windows of the tall buildings in the community.

In Dongsen, Jin changed over 20 paddles to finish his work.

Flyers often work in rural areas for agriculture purposes, and are therefore not familiar with operating drones in downtown, Jin added.

Just a day before, health authorities had confirmed cases of people in the community with the NCP virus.

To deal with the situation, Jin and his team are training in a drone training base in Jinshan.

DJI, as the world’s biggest drone maker, has offered services and protection equipment to Shanghai. 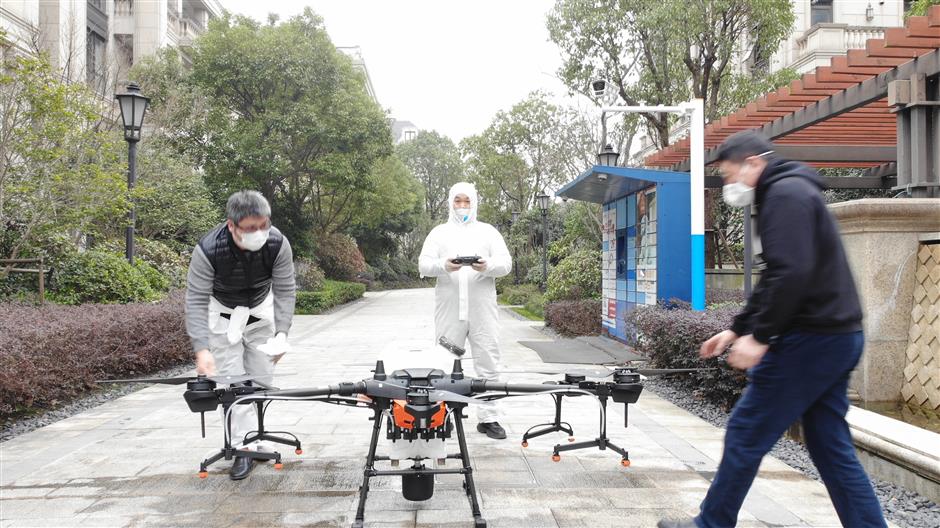 Since the outbreak of pneumonia of COVID-19, DJI’s drones have been used to disinfect 400 million square meters nationwide, including regions in Shanghai, Henan, Sichuan, Shandong, as well as 1,000 villages in China.

The company has set up a special fund of 10 million yuan and are offering flyers protection masks and clothes as well as free services and equipment for device maintaining and batteries, according to DJI.

In WeChat groups, many drone flyers have agreed to volunteer in the fight against the virus.

“I am moved. Those people are experienced flyers and many of them have children. They are willing to do this and take the risks,” said Jin. 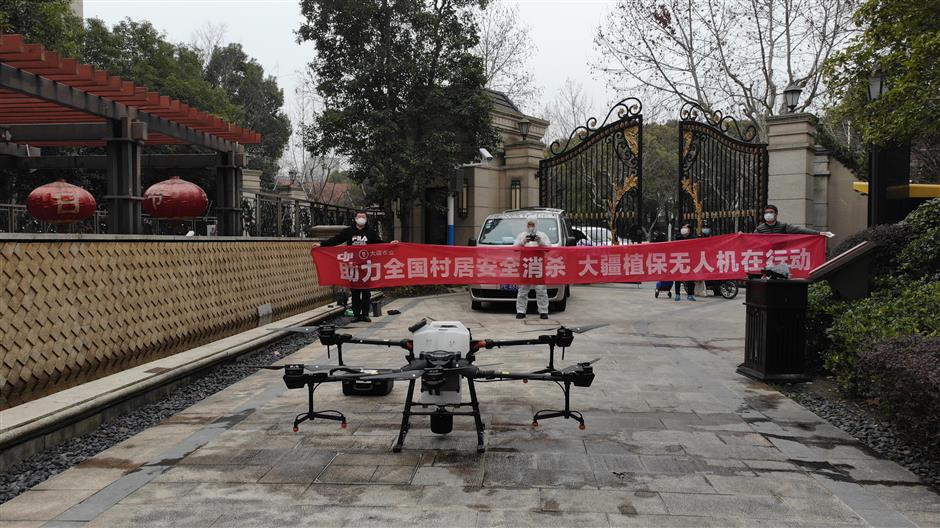