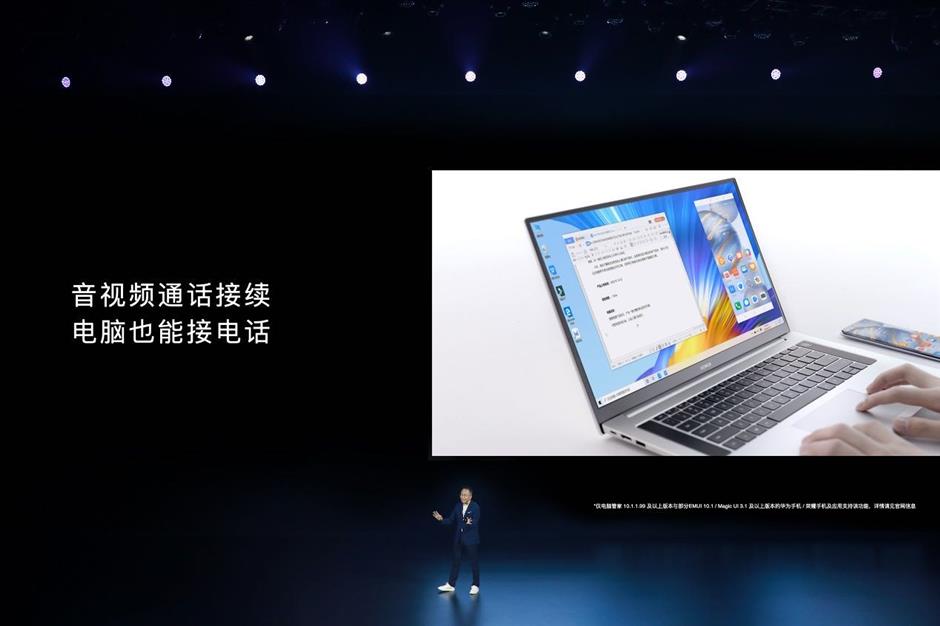 A laptop is among a number of products launched by Honor and targeted at young consumers.

Honor, Huawei's brand for young consumers, has launched new smart devices and a smart home connection standard featuring its own brand and technologies.

The new HonorLife brand and product debut, including TVs, laptops, routers and tablets, will help Huawei and Honor boost consumer business and establish their own ecosystems to include smartphones and various smart devices. The move makes sense after the United States strengthened its control on tech exports recently, according to analysts.

Two HonorLife stores are due to open in Shanghai and Chengdu next month.

Honor’s new devices can connect and work with each other easily, the company said, such as synchronizing screens and work among smartphones, laptops and TVs.