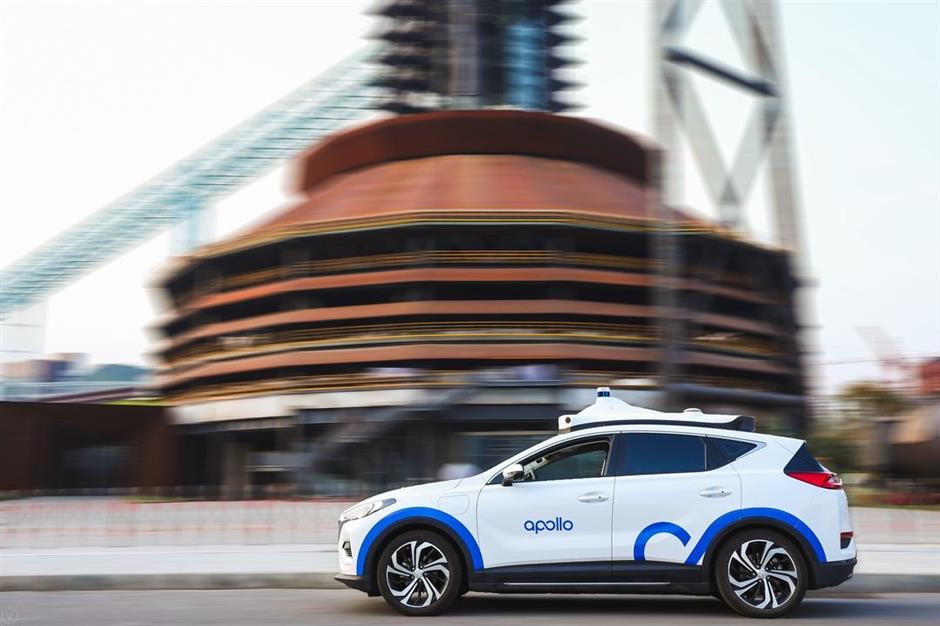 Earlier this month, Baidu rolled out its self-driving taxi service "Apollo Go" in Beijing, with 40 autonomous cabs in a trial operation.

The “XiaoduPods," with real-time Chinese-English translation cost 199 yuan during a promotional period and come with voice-controlled search, navigation, call and music functions.

At the Baidu World 2020 Conference on Wednesday, CEO Robin Li said he expects large scale commercial application of autonomous driving within five years and that AI could improve transport efficiency by 15 to 30 percent.

Earlier this month, Baidu rolled out its self-driving taxi service "Apollo Go" in Beijing, with 40 autonomous cabs in a trial operation after similar trials in Changsha in Hunan Province and Cangzhou in Hebei Province.

Major applications include education and entertainment services for children and fitness services for the aging population, and Baidu is hoping the XiaoduPods will extend the application scenarios of the smart voice assistant beyond home use.

Last year, smart speaker shipments more than doubled from a year ago and reached 45.9 million units in China, according to research firm IDC. Products manufactured by Alibaba, Baidu and Xiaomi accounted for more than 90 percent of total sales.

IDC expects shipments to grow 9.8 percent this year after the pandemic halted marketing and promotional activities but could boost voice assistant use as people stayed indoors longer.

DuerOS's current partners include content and services providers such as short-video giants Douyin and Kuaishou, video platform Bilibili, and fitness app Keep. It's working with some 40,000 developers to allow content providers to tailor their services for smart devices.