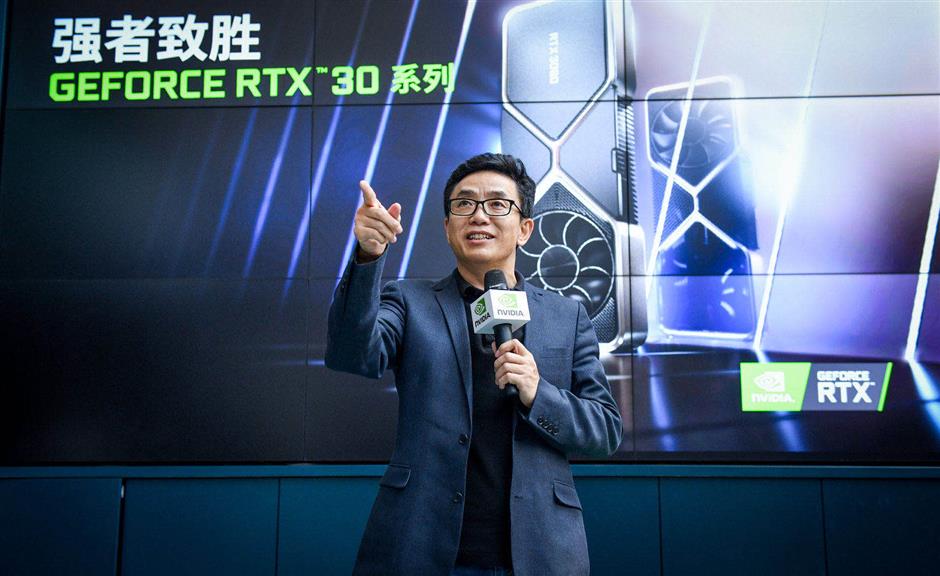 Nvidia Corp, the world’s biggest graphic computing firm, has seen a booming demand in the domestic market for the latest graphic cards.

Gamers, business executives and creators showed a strong interest in Nvidia’s RTX 30 series GPU at an event on Tuesday, the first offline demonstration in China after its debut in September.

China has about 120 million gamers who play at home or in net cafes and who are eager to upgrade their experience, according to industry insiders.

Meanwhile, eSport hotels, a new business model that appeared during the COVID-19 pandemic when net cafes were closed, offer users accommodation and the latest computers.

China now has more than 7,000 eSports hotels and that will hit 30,000 in the near future, accounting for a 10th of the total number of hotels in China, said Adam Tan, vice general manager of Daily Esports.

Nvidia is to buy UK-based chip designer Arm from Japan’s SoftBank Group Corp for as much as US$40 billion, the companies said recently. The deal is still pending approval by industry regulators.