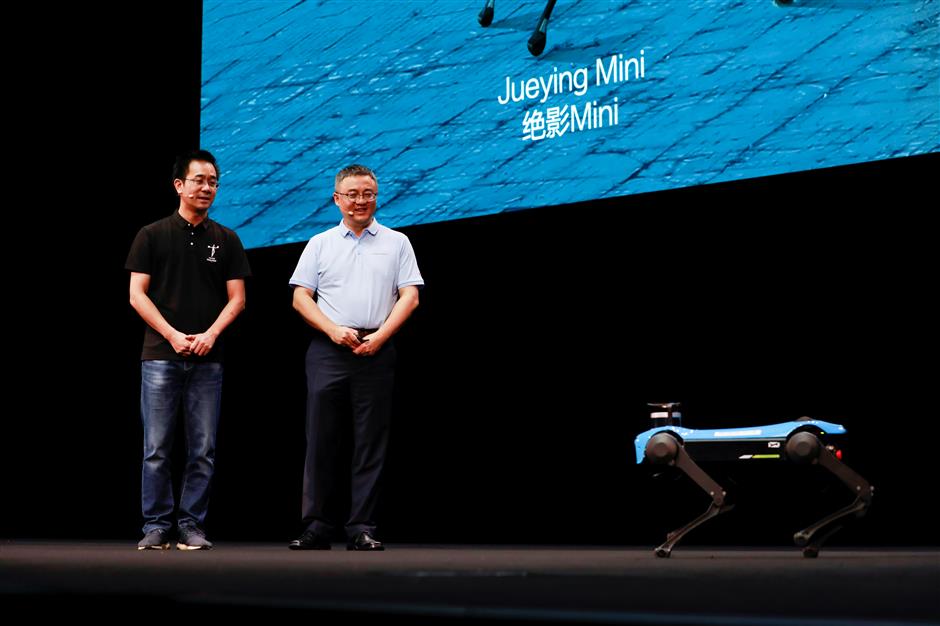 Robots are demoed during the Huawei Connect 2020 in Shanghai on Friday.

Huawei Technologies announced plans to strengthen cooperation and support for 1.8 million cloud and computing developers, as well as various research organizations and industrial partners, during an industry event in Shanghai.

Huawei and developers showcased advanced cloud and AI applications covering robots, autonomous driving and brain science research during the ongoing Huawei Connect 2020 held in Shanghai on Friday. The event is the company’s most important industry conference in the second half.

Huawei now has 1.8 million cloud and computing developers, a 70-fold increase from 2016. Its cloud Marketplace transaction value has reached 1 billion yuan (US$147 million) with 210 cloud applications.

The company also announced on Friday plans to join with 72 universities and research organizations for talent training and incubation.

“Huawei Cloud is building a platform to develop application and data powers in the intelligent world. We want to become a trusted partner of Chinese software companies,” said Zheng Yelai, president of Huawei’s Cloud Business Unit.

One of the spotlights of the conference is Huawei’s autonomous driving network service, which uses AI, 5G and WiFi technologies to boost connectivity and accelerate digitalization in various industries.