Shanghai government officials are reviewing the working conditions at Chinese e-commerce group Pinduoduo, after the death of an employee caused an outcry on social media.

The labor protection department of Changning District, where Pinduodouo is headquartered, is looking into the company’s working hours and employment contracts.

The company confirmed that a female employee, surnamed Zhang and born in 1998, collapsed while walking home from work with a colleague at around 1:30am on December 29. Her colleagues sent her to a nearby hospital in Urumqi, Xinjiang, where she died six hours later, the company said in a statement.

The e-commerce company claimed it sent colleagues to accompany Zhang’s parents, adding that it did not make a public announcement to honor the parents’ wishes. Zhang’s body was cremated on January 3 with the consent of her parents.

The cause of her death was not disclosed. Pinduoduo declined to comment on its work policies.

The company was in hot water yesterday after an answer on Zhihu, a Quora-like question and answer website, said that “people should live with their own choices and exert all energy to strive harder in exchange for promotions and higher positions.

“All of us grassroots people are sacrificing our health in exchange for a paycheck,” the answer read, replying to the topic related to the employee's death. 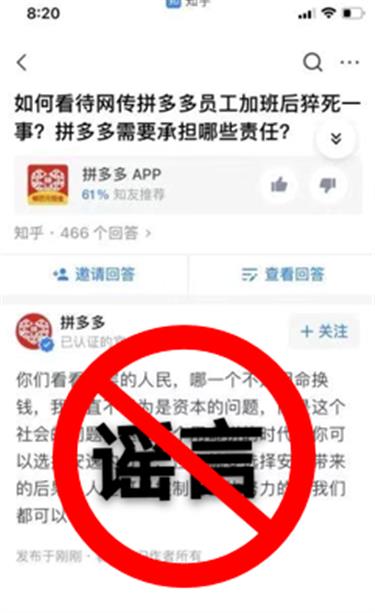 The controversial remarks under Pinduoduo's official account on Zhihu.

The remarks were soon deleted but a screenshot spread widely online, where many people took them to be an official statement.

The comments quickly ignited a social media backlash and criticism of long hours at the cost of one’s health.

Zhihu confirmed on Monday that a verified account had sent the comments. It deleted them less than a minute later. 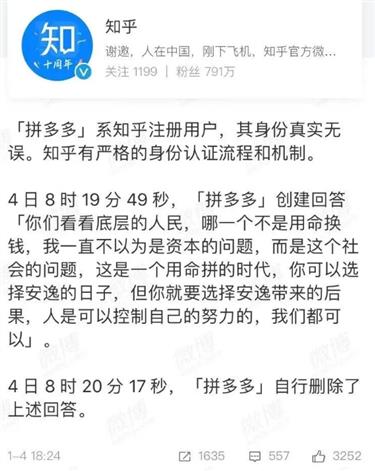 Zhihu confirms the remarks were posted and deleted by Pinduoduo's official account.

“We sincerely apologize for any inconvenience to the public and we strongly object to the views expressed in the post. This does not reflect our official stance on this heartbreaking matter,” Pinduoduo said in a statement later yesterday.

The company explained that the post was sent by a staff member, surnamed Li, at Pinduduo’s outsourced marketing service provider.

Li noticed a topic related to the employee’s death on Zhihu early yesterday and replied to it with the controversial remarks, before realizing that the remarks were sent by Pinduoduo’s official Zhihu account, instead of Li’s personal one. Li deleted the remarks about 30 seconds later.

Pinduoduo said it had suspended its business relationship with the supplier, it added. 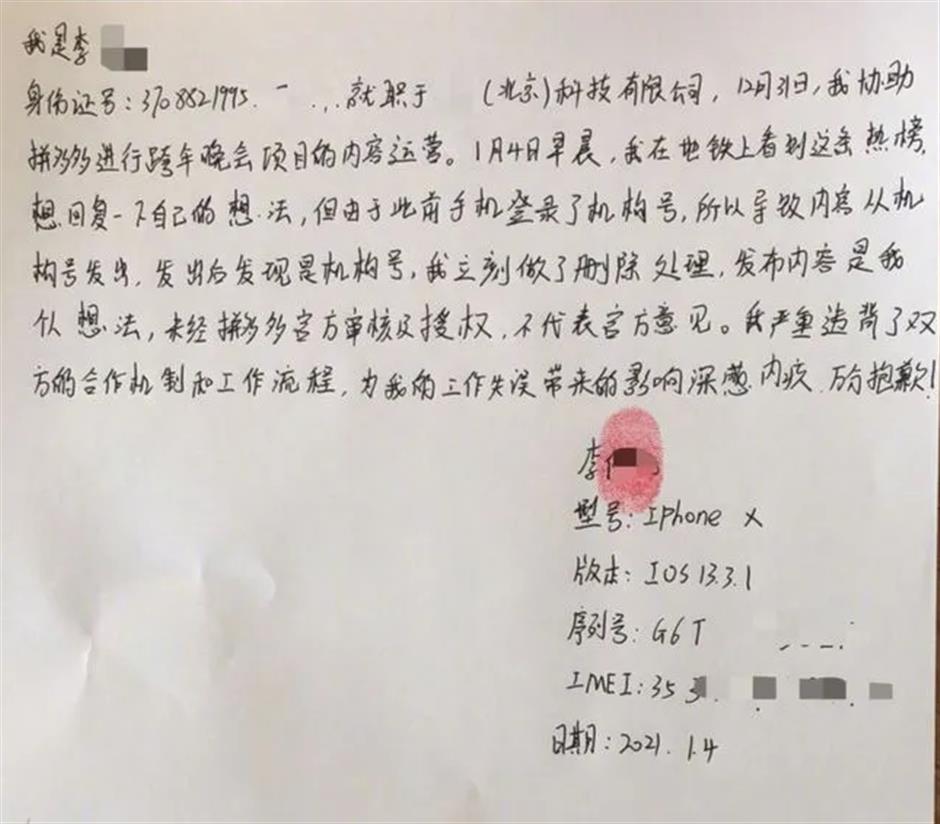 Your thoughts on long working hours?