It reached 1.39 trillion yuan (US$213.8 billion), jumping 8.9 percent from the previous year, much higher than the 1.7 percent growth in the city’s GDP, Shanghai’s economy and informatization commission said.

In 2020, the integrated circuit industry revenue reached 200 billion yuan, a growth of 21 percent year on year. A complete and advanced chip industry chain has been built in the city.

In biomedicine, 18 firms among top 20 global pharma firms have set up regional headquarters and research centers in Shanghai.

SenseTime, one of the most promising AI firms in China, started construction of an AI data center in the Lingang area in 2020, with a total investment of 5.6 billion yuan. It will be in trial operation by the end of this year, the company said. 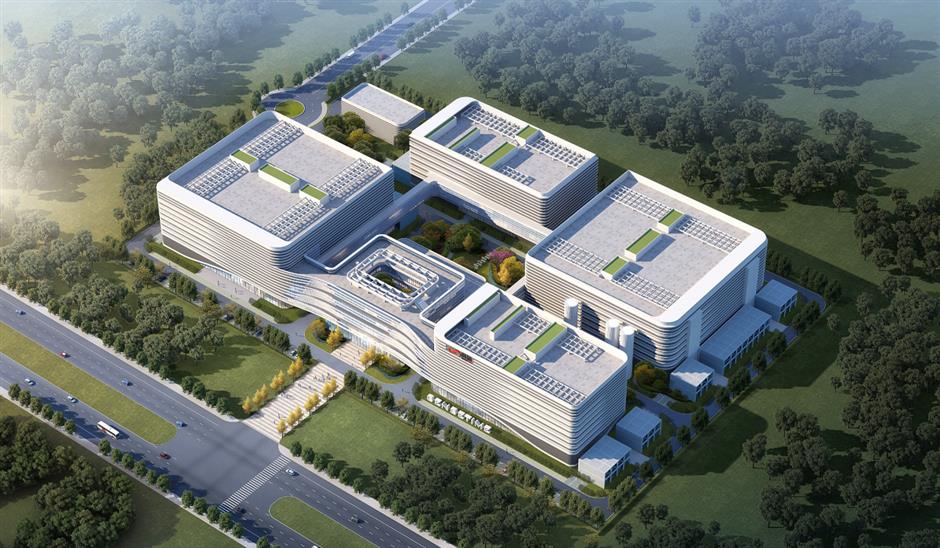 SenseTime's AI data center looks like a chip from above.

The center will greatly improve the city’s calculation capability, one of the key sectors in AI development.

The scale of Shanghai's AI and semiconductor industries will double in the next five years, according to the 14th Five-Year Plan (2021-2025) released during the recently closed Shanghai People's Congress.

Facing the challenges of the pandemic, Shanghai has expanded materials production, covering masks, protection clothes and glasses. The city’s daily mask production capacity has hit 60 million units, compared with 400,000 units a year ago. They can meet local demand and materials supply in Hubei Province and Beijing, said the commission.