Huawei displayed its latest Mate X2 foldable model with a dual-screen and optimized design. The debut of the high-end model, which costs more than US$2,000, shows Huawei’s ambition to develop its smartphone business even under strict US tech bans. 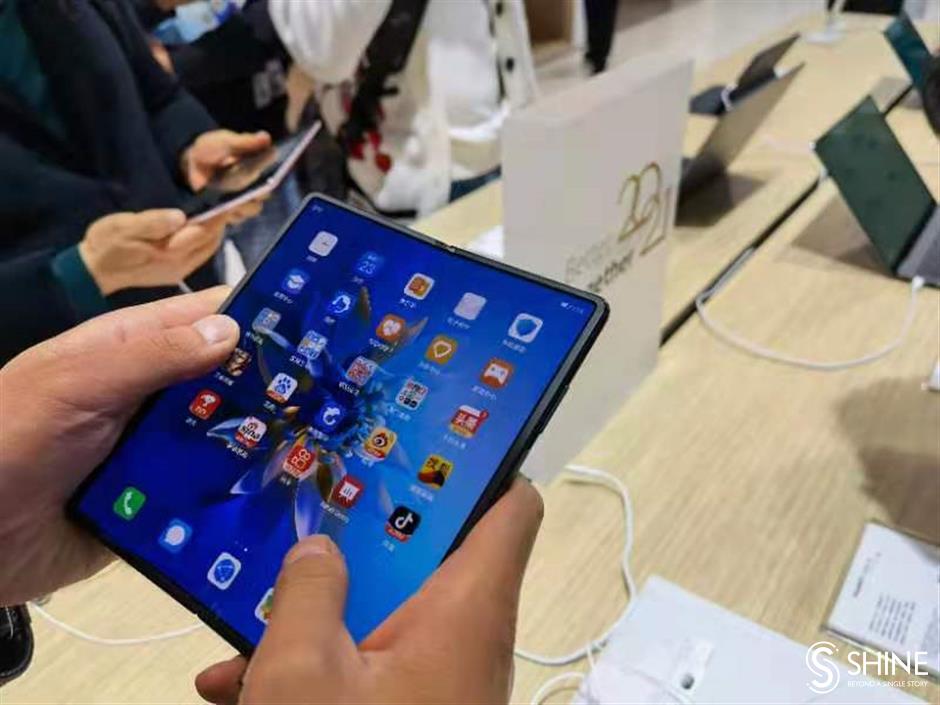 Oppo launched its flash charging ecosystem, including the debut of a 125W flash charger which can fully charge a smartphone in just 20 minutes.

Meanwhile, it has joined over 40 firms, including NXP and Anker, to adopt charging technologies in various industries, including smartphone, consumer electronic, automotive and the Internet of Things industries. Oppo and chip designer NXP have cooperated in in-vehicle wireless charging services.

The company also displayed a concept phone with scrolled screen with also supports wireless charging at its booth. 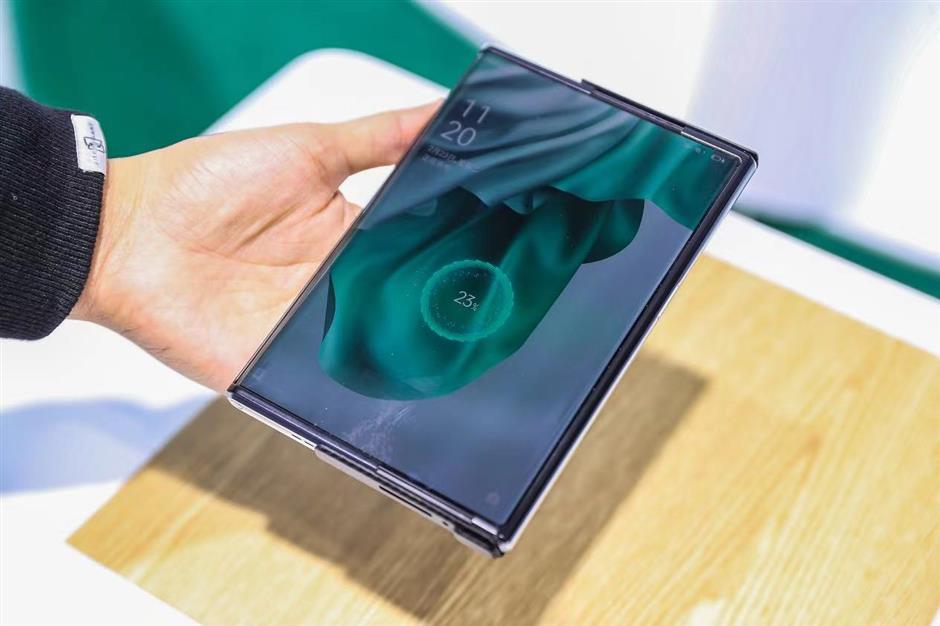 The company aims to expand into high-end markets with its Realme GT product line in 2021, a year that is “full of hope and change (on the market landscape),” Xu Qi, Realme’s vice president, said.

Shanghai-based Unisoc, which is preparing to list on the Shanghai STAR Market, displayed smartphones with its latest 5G chip from brands such as Hisense, China Telecom and ZTE. Some chips feature 5G and AI innovations like “bone recognition” features, which can be used in motion capture, smart driving and picture automatic optimization for curves. 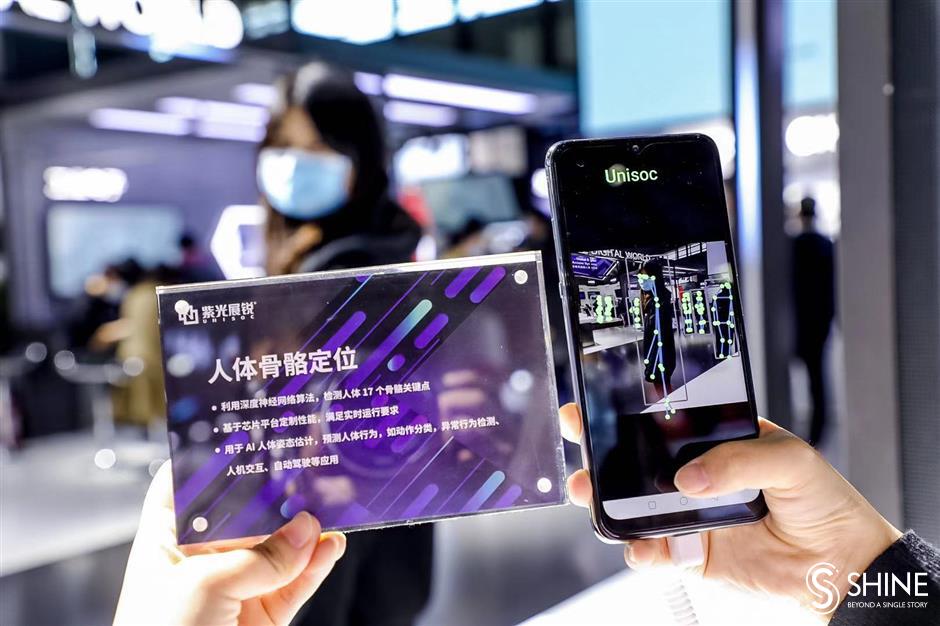