Gadgets with 5G and AI shine at MWC event

Coffee Master is the focus of attention for visitors at MWC Shanghai 2021.

Improvements to 5G and artificial intelligence technologies have created applications and services beyond the traditional telecommunications and smartphone industry, boosting the digital economy and improving people's daily lives, industry officials said at the event in Shanghai. 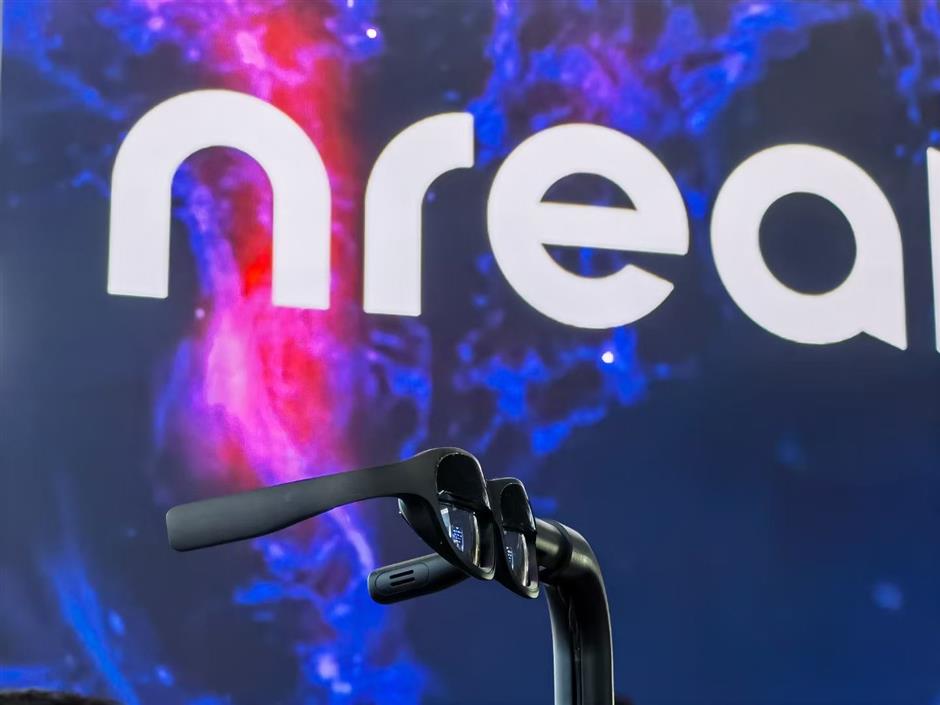 Nreal plans to accelerate global expansion this year with new services and products for the European and US markets along with new partners. Its current partners include KDDI.

AR glasses developed by Oppo and panoramic cameras are on display at a “skiing” experience with 5G network support.

Oppo's AR Glasses are tested by a visitor.

Two robotic red ox robots were dancing in front of the ZTE booth to welcome visitors. They had also performed at the Spring Festival Gala.

The robots, supported by 5G connections, combine the technical advantages of the 5G network's high bandwidth and low latency to achieve precise manipulation and control of the four-legged devices.

The robots can be used for all-terrain security inspections, such as at, oil, gas, chemical and nuclear plants and other special complex scenarios. They can transmit video, images, temperature, humidity and other information via 5G. They will also be used in schools, logistic centers and for remote medical services, ZTE said.

A star of the show was a 5g-version Orionstar coffee master with qualcomm-designed chips, which was showing its coffee-making skills.

The Orionstar Coffee Master at work brewing coffee for visitors.

The robot barista guarantees a refined taste in every cup, according to developer Cheetah Mobile. It has a similar Tea Master product and its guiding robots are used in 1,100 shopping centers across China.