Three Chinese firms were among those that filed the most international patents in 2020, covering 5G, new display and artificial intelligence, according to the World Intellectual Property Organization.

Huawei led the Patent Cooperation Treaty (PCT) International Patent Filing List, followed by BOE at No. 7 and Oppo at No. 8. 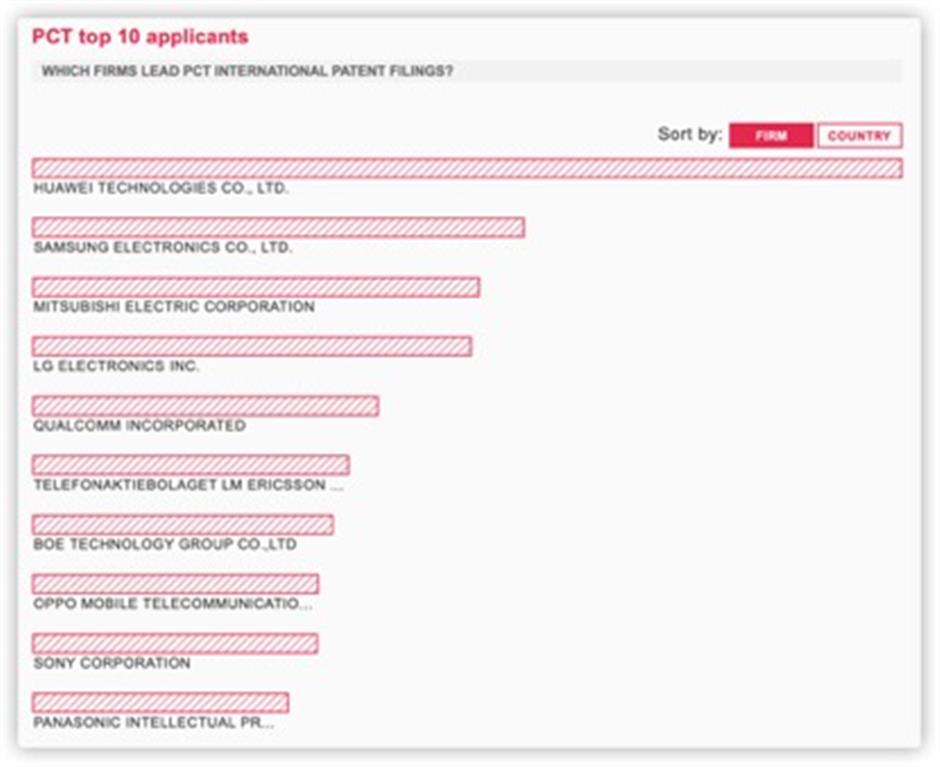 Samsung, LG, Qualcomm and Sony are also in the top 10.

BOE, China’s biggest flat panel display firm, has invested heavily in research, leading to capabilities like 8K ultra high definition and flexible display. In 2020, the company had more than 70,000 patents in global markets including the United States, Europe, Japan and South Korea. The Shenzhen-listed firm has also developed new products used in the Internet of Things and artificial intelligence (AI).

Oppo, which will launch its flagship Find model next week, has invested heavily in research and talent and received patents in 5G, AI, image and flash charging, according to company officials. It has established a global research ecosystem with six research centers around the world.