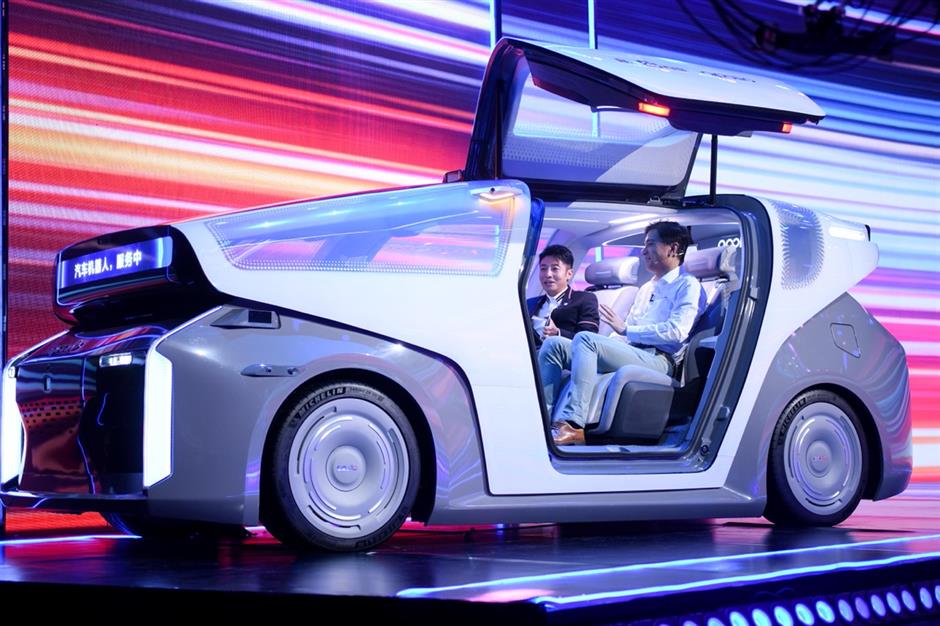 Search-engine giant Baidu has unveiled its first robocar with no steering wheel plus a car-hailing platform as the company moves to scale up its autonomous driving commercial operations.

Baidu unveiled last month its Apollo Park complex, its third in China, at Shanghai's International Automobile City. It will be home to over 200 Apollo autonomous cars, the biggest self-driving fleet in East China.

The company's "Luobo Kuaipao" ride-hailing application is expected to be operating across 30 cities in the next three years, with trials currently underway in Beijing, Guangzhou, Changsha in Hunan Province and Cangzhou in Hebei Province.

At the annual Baidu World Conference, co-founder and CEO Robin Li said smart vehicles made by Jidu Auto, its joint venture with Geely in which Baidu holds 55 percent, will be unveiled in two or three years.

It also introduced four new pieces of smart hardware, including a tablet and TV set equipped with AI voice assistant, and its second generation AI chip Kunlun II which has entered mass production.

It has deployed its Apollo mini bus at selected public parks, industrial complexes and residential communities and had carried more than 400,000 passengers by June.

The State Council's "New Generation Artificial Intelligence Development Plan" and various city-level initiatives are encouraging investment in the booming sector with a target for China to become the center of innovation.

China currently has 16 demonstration zones for smart vehicles with 3,500 kilometers of test roads and more than 700 road test car plates.

Passenger vehicles with partially automated assisted driving functions accounted for 20 percent of the passenger car market in China in the first half, according to a report jointly released by the Ministry of Industry and Information Technology, Ministry of Public Security and Ministry of Transport.