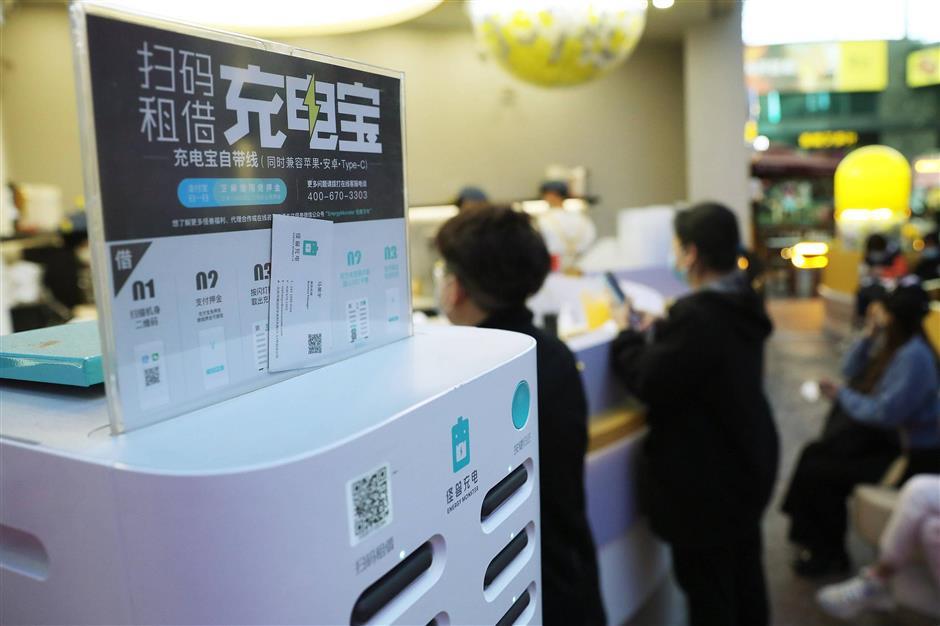 Public rental bike firms, including Hello, the Didi-backed Qingju, and Meituan, were told to make pricing discounts available to users in areas where they operate, and to make consumer complaint channels more accessible.

Meituan is under investigation regarding whether or not it failed to make the proper filing for its takeover of smaller bike rental firm Mobike in 2018 for business consolidation, according to an official notice by a market watchdog on Monday.

In an effort to regulate phone-charger platforms and make pricing more transparent, the State Administration for Market Regulation has issued administrative guidance and urged the companies to rectify price abnormalities and stop unlawful competition activities in early June.

The average price per hour for portable power bank rental is now between 2.2 yuan and 3.3 yuan after major players lowered their prices.

A separate anti-trust investigation was opened against Meituan regarding whether it forced merchants to stop working with other digital platforms after rival Alibaba Group Holding was fined for anti-monopoly policy violations in April.

"The company is unable to predict the status or the results of the investigation at this stage," Meituan said in its exchange filing yesterday.

Its Hong Kong shares surged more than 9 percent today after reporting higher than expected revenue of 43.8 billion yuan (US$6.8 billion) as compared to its 42.4 billion yuan estimate.

Meituan said it had 628.4 million annual active users by the end of the second fiscal quarter, and it has been expanding into the group buying sector amid competition against rivals such as Alibaba, Pinduoduo and Dingdong Maicai.