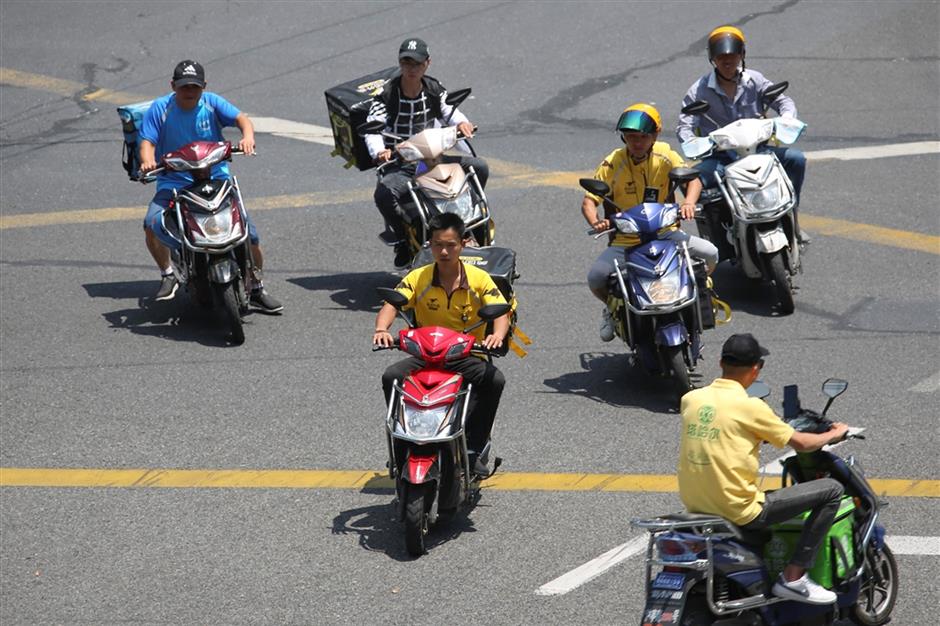 But industry watchers remain cautious about profitability as major players are beefing up investment in the early stages to grow logistical resources and facilities and expand their user bases.

JD-backed on-demand delivery and retail platform Dada Group on Wednesday reported revenue growth of 81 percent to 1.47 billion yuan (US$226.8 million) as it expanded product delivery service to include daily necessities as well as electronics and personal-care items.

Supermarket chains remain the major category on Dada, and it also stepped up collaboration with smartphone brands, including Apple and Vivo as well as electronics and hardware vendors like Microsoft, ASUS and Dell.

It estimates that yearly on-demand delivery orders will reach 64.3 billion by 2024 and transaction size to boom to 33.9 trillion yuan from 23.8 trillion yuan last year.

Despite their growing business size, it's still too early to turn a profit due to strong competition in the industry.

The number of annual active consumers on JDDJ also increased by 60 percent to 51.3 million as of June, but it reported a net loss of 549.2 million yuan compared with 390.4 million yuan the year prior.

The NYSE-listed Dingdong reported a net loss of 1.7 billion yuan, increasing from 714.5 million yuan in the same quarter a year ago, and it expects its net loss margin to narrow in the second half due to improved efficiency.

Profitability will continue to face pressure due to strong competition as on-demand service will be an important backbone for online shopping in the coming years. It's too early to decide who will be the most dominant players, according to Southwest Securities.

Internet giants like Alibaba and Meituan are also investing aggressively in the on-demand delivery sector.