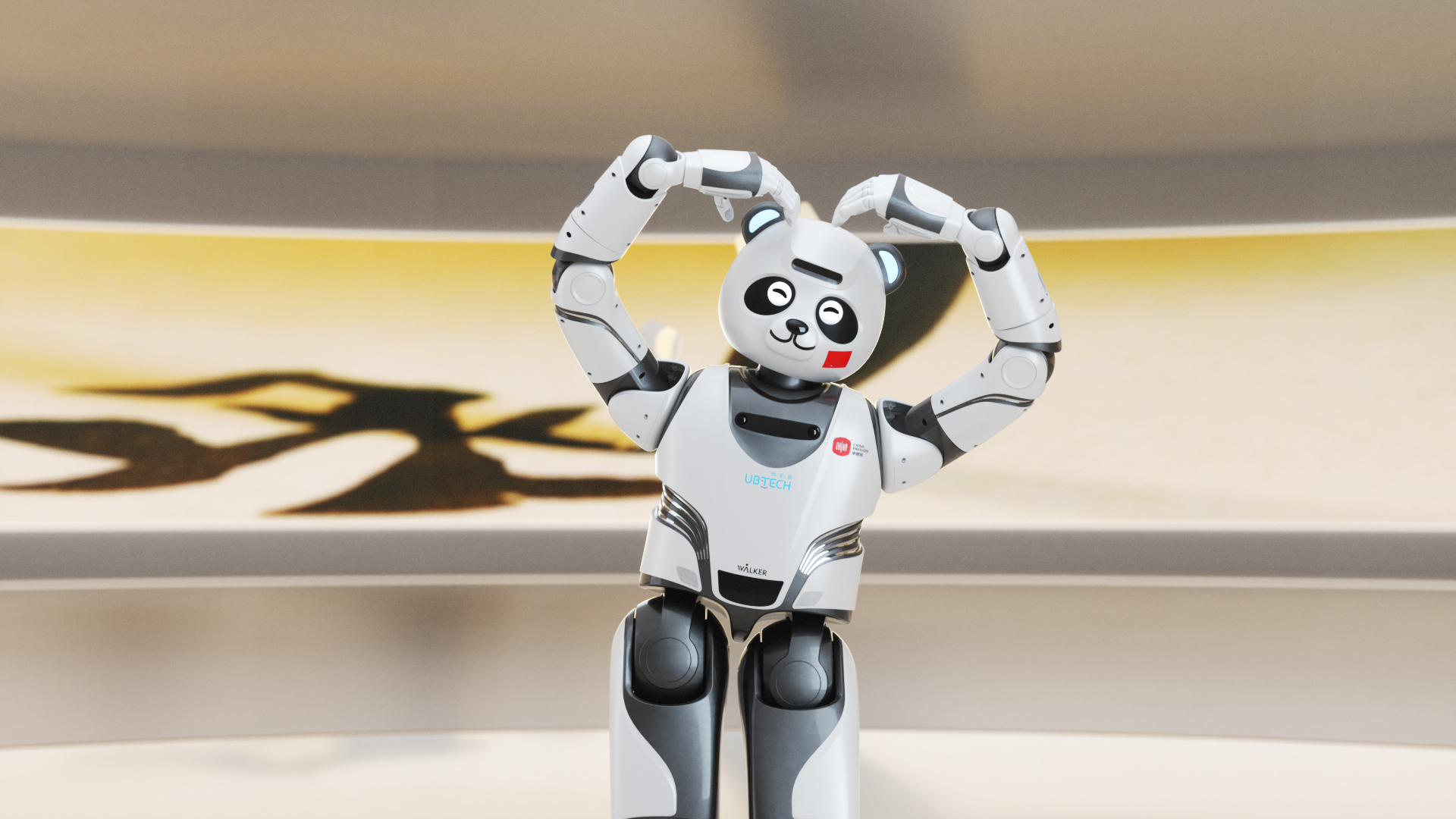 A panda robot will host visitors in the China Pavilion at Expo 2020 Dubai, which starts next month.

The 1.3-meter-tall, 63-kilogram robot called You You made its debut at the 2021 World Robot Conference in Beijing on Friday.

It demonstrates how Chinese traditional culture has emerged in the new information era, said the robot developer UBtech.

You You is an ambassador of peace and friendship, and will serve as a guide to the China Pavilion. The pavilion will feature smart agriculture and environmentally responsible products and solutions that align with green development the country has long advocated. The robot can guide visitors, dance, run, draw pictures and perform feats like Chinese kung fu.

With full-link voice interaction, You You can do jobs such as serving tea, pouring water, making deliveries, watering flowers, wiping tables and controlling home appliances like refrigerators and vacuum cleaners.