Driverless vehicles now be available for rides in Shanghai

Shanghai riders are now able to hail a self-driving vehicle offered by Baidu's Apollo Go as the city takes the lead in testing and commercializing computer-assisted driving.

The free rides are available at around 150 stations across Jiading District covering residential neighborhoods, commercial districts and office buildings.

The service is operational from 9:30am to 11pm daily through Baidu's "Luobo Kuaipao" ride-hailing application.

Most of the hailing stations are located in Jiading District where a demonstration zone for unmanned vehicles is located.

Baidu did not disclose how many vehicles it has placed on the streets during the first phase but said the goal is to make it to around 200 vehicles in the city.

The company's "Luobo Kuaipao" ride-hailing application was launched last month and is expected to be operating across 30 cities in the next three years.

Trials are currently underway in Beijing, Guangzhou, Changsha in Hunan Province and Cangzhou in Hebei Province.

This is the latest step to commercialize unmanned vehicles after Baidu unveiled Apollo Park, covering an area of nearly 10,000 square meters in Shanghai's International Automobile City in Jiading District.

The Apollo Park is expected to deploy more than 200 Apollo self-driving vehicles.

The State Council's "New Generation Artificial Intelligence Development Plan" and various city-level initiatives are encouraging investment in the booming sector, with a target for China to become a center of innovation in the industry. 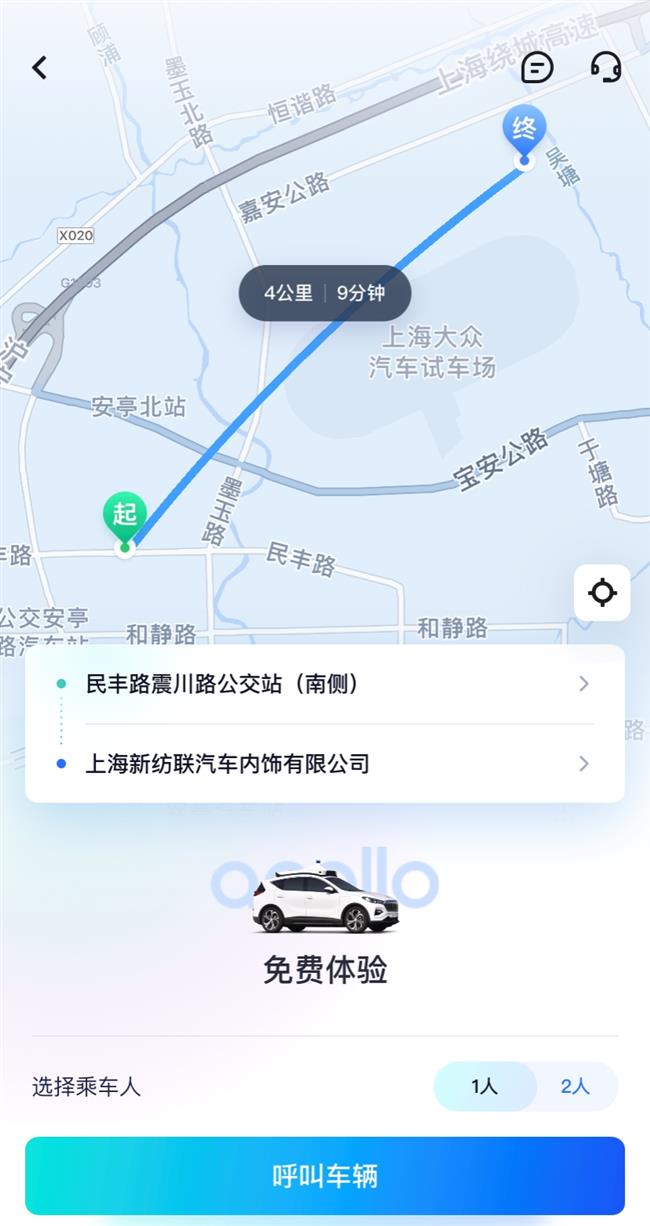