Unisoc has become a 5G chip supplier for mainstream smartphones like Honor and Realme, making it a major chip designer globally, the Shanghai-based firm said on Thursday.

Its consumer-oriented business is expected to jump 137 percent in 2021 and maintain over 100 percent annual growth in the next years, said Unisoc, which has applied to list on the Shanghai STAR Market.

In 2021, Unisoc became a new chip suppler to Honor and Realme and over 100 existing consumer electronics clients including Hisense, TCL, ZTE and Lenovo. In the near future, Unisoc will take 10 percent of the Chinese smartphone chip market, the company said.

In the first half, Unisoc grabbed 8.4 percent market share in the global mobile chip sector, compared with 4.8 percent a year ago. It has become one of top five vendors with Qualcomm, Huawei HiSilicon, MediaTek and Samsung, according to researcher Counterpoint.

Huawei is also one of the top five vendors but its share has been seriously affected by the US tech ban. Unisoc seems to have become another Chinese mainland chip designer in the 5G era, industry officials said.

A digitally interconnected world can be called a modern building with channels to a 5G network, while the 5G chip is the foundation to connect all things, Unisoc said.

The rapid uptake of 5G has also fueled Unisoc's business in both the consumer and industrial electronics sectors. It is expanding chip applications to industrial sectors, such as smart logistics, power generation, manufacturing and mining. Besides smartphones, its chips are also used in smart watches for kids, tablet computers and augmented reality glasses

In May 2020, the company finished its latest round of financing for about 5 billion yuan (US$735 million). It has applied to list on the Shanghai STAR Market. 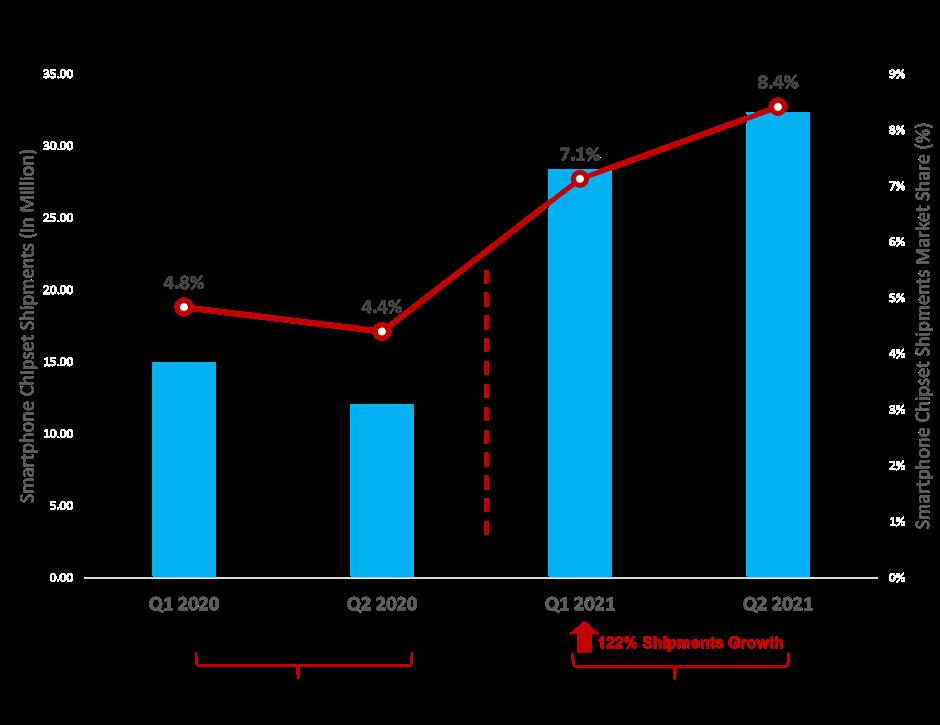