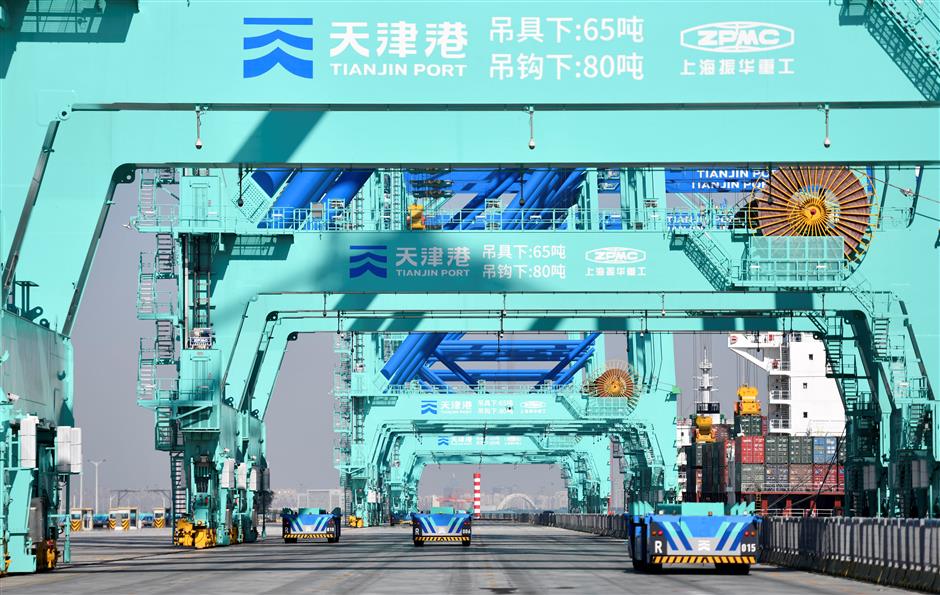 It is the world's first "smart" and "zero-carbon" terminal – an example for the intelligent upgrade and low-carbon development of ports all over the world, said Chu Bin, chairman of the board of the Tianjin Port (Group) Co.

The terminal has an "intelligent brain." Based on AI technology, the brain can automatically give the best loading and unloading plans and control each equipment, leading to 20 percent higher efficiency than traditional terminals.

The terminal has also used intelligent horizontal transportation robots equipped with various sensors such as laser radars, cameras and millimeter-wave radars. A base station with the BeiDou Navigation Satellite System was established at the terminal, which can achieve dynamic high-precision positioning using 5G technology.

Doing away with fossil energy, the terminal relies on wind power and photoelectricity. Its energy consumption can be reduced by over 17 percent compared with traditional automated terminals.