It's the perfect time for chip giant AMD to show how to achieve both high-performance computing and carbon neutrality, which fit well with China's national strategies, the AMD China boss said during the CIIE.

AMD, which attended the China International Import Expo for the first time this year, is aiming to enable the Chinese market digital transformation with its high-performance solutions. Its confidence comes from the increasing demands of servers used by top Internet firms and personal computer users for gaming, remote work, and online learning applications during the pandemic, Spencer Pan, AMD's senior vice president and president of China, said in Shanghai.

"Despite being a 'new friend' of CIIE, AMD is an old friend of the Chinese market with three innovation pillars: design optimization, platform optimization and process technology," Pan said.

It's the perfect time for AMD to showcase high-performance computing technologies, which work well within China's national blueprint to develop the digital economy and achieve carbon neutrality by 2060.

In its booth in Hall 4.1, AMD is showcasing its brand story, green data center for energy conservation and emission reduction, and intelligent manufacturing applications. The chip firm aims to increase its energy efficiency by 30 times by 2025 with AMD processors and accelerators powering servers. The servers are used for cloud computing, artificial intelligence, or AI-training and HPC sectors.

The servers and data centers are widely used at top firms in the Internet, telecommunications, bank, securities, and education industries.

In the booth, AMD is showing its latest innovations in computing and energy efficiency improvement, such as a 12-inch wafer with 7-nanometer technology, the Instinct MI100 Accelerator, EPYC Processors, and the Radeon Pro W5700 graphics card.

In China, AMD has handed with partners like Tencent and Lenovo to offer customers integrated services, supporting air-cooling and liquid cooling for high energy efficiency. Besides products and policy, talent is a major reason to support AMD's growth in China.

Established in 2006, the AMD Shanghai site is the company's second-largest R&D center with over 2,300 engineers currently employed.

AMD's booth is in the special Integrated Circuit zone, the inaugural appearance for this area at the conference. 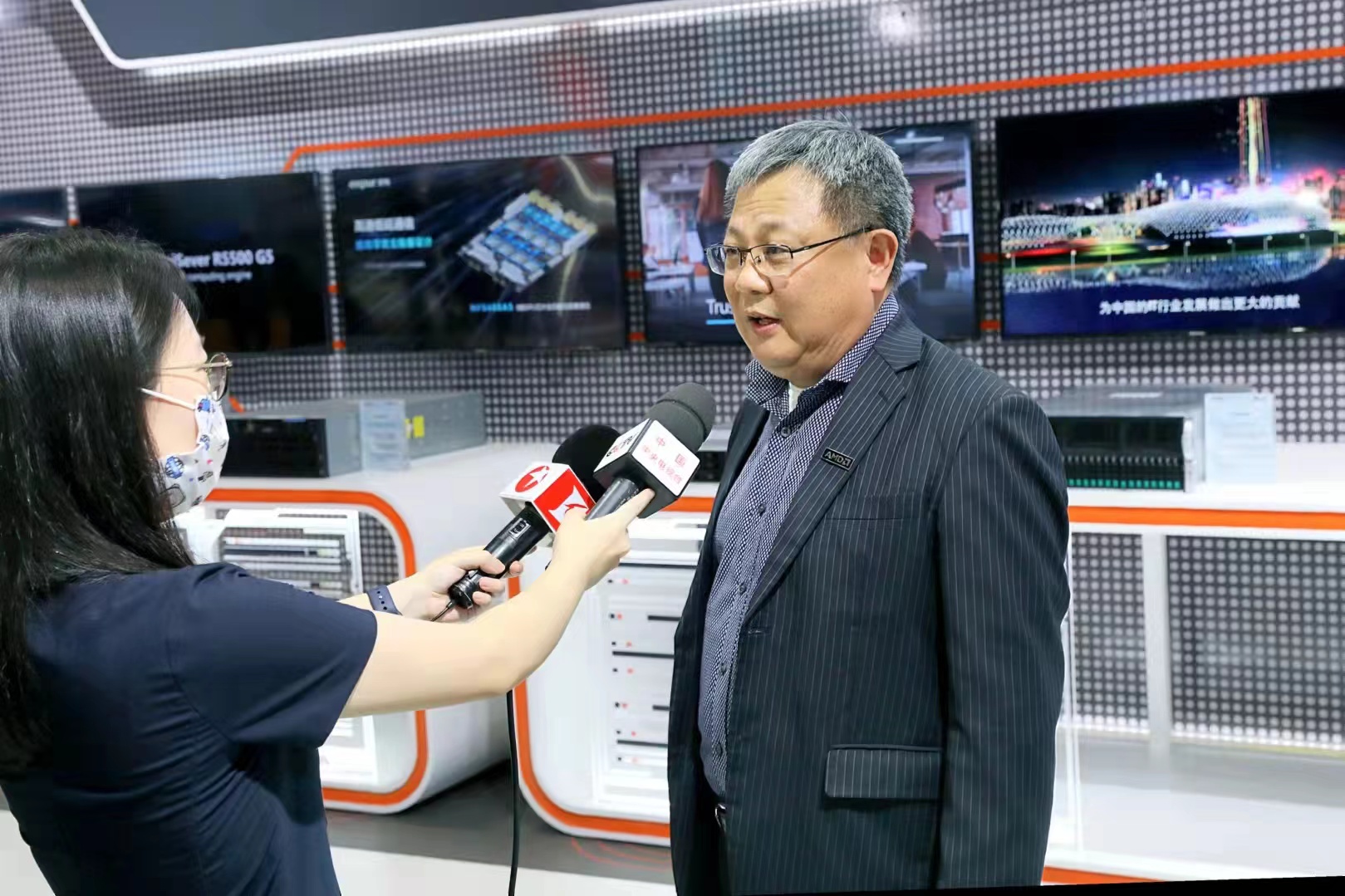