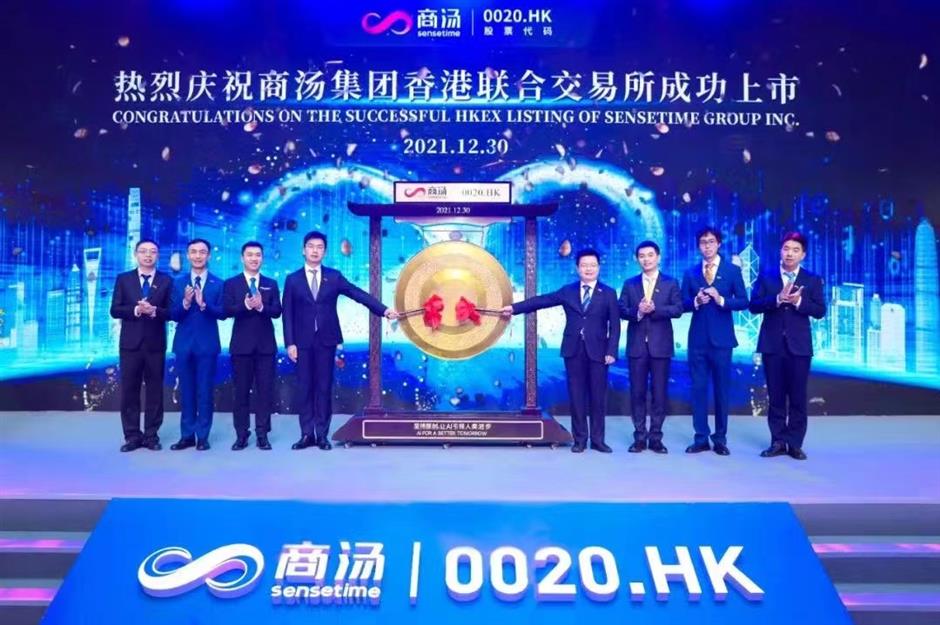 It raised about HK$6 billion through the initial public offering, which makes it one of the biggest listed AI firms in Asia. The company is the first of "four AI Dragons" of China – the others are Yitu, CloudWalk and Megvii – to list.

This month, the US Department of the Treasury added SenseTime to an investment blocked list as a "Chinese military-industrial complex company."

"SenseTime firmly believes that the incremental value of AI is to boost development of various industries and makes the society inclusive and fair," Xu Li, SenseTime's chief executive, said in the online bell-ringing ceremony on Thursday.

Shanghai and Hong Kong are the twin cities of most importance for his growth and career development, said Xu, a graduate of Shanghai's Jiao Tong University. Shanghai is the headquarters of SenseTime China.

After the US ban, SenseTime adapted its list of updated cornerstone institutional investors. They include the Shanghai AI Investment Fund, Shanghai Guosheng Group, SAIC Group and Guotai Junan Securities.

"The (US) accusations are unfounded and reflect a fundamental misunderstanding. We regret to have been caught in the middle of geopolitical disputes," SenseTime said after the ban was announced.

As a software company, SenseTime is "committed to promoting the sustainable, responsible and ethical use of AI."

Other Chinese "AI-dragon" firms have applied to list on the Shanghai STAR Market.