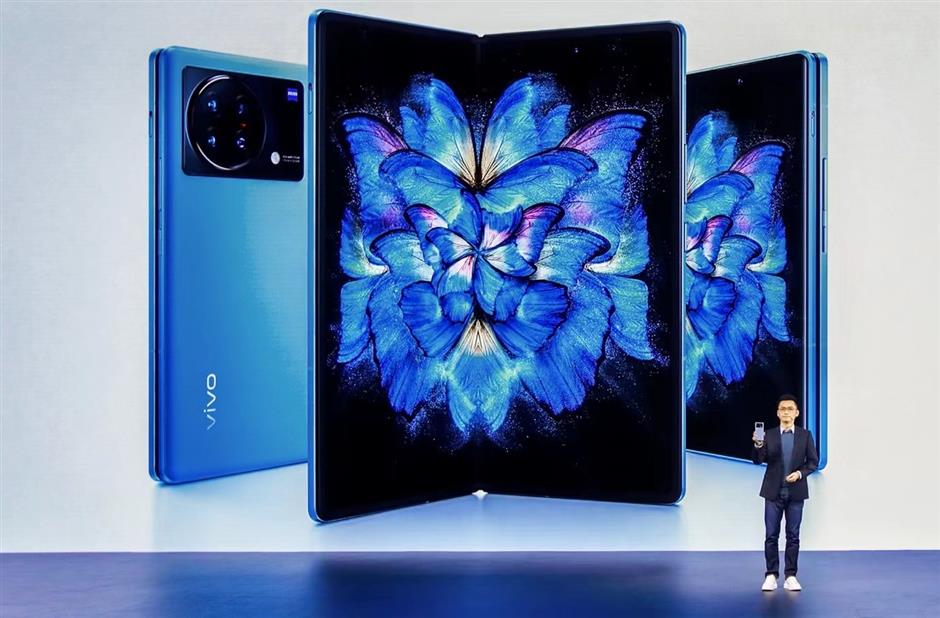 Vivo has launched its first foldable screen model, the X-Fold, after more than four years of research. Priced up to 9,999 yuan (US$1,562), it will be available from Friday.

Vivo, the No. 3 Chinese brand in China, is not worried about being tagged a "latecomer" after Huawei, Samsung and Oppo earlier launched their foldable models.

Although it's a niche product now, foldable phones are popular ― the selling price in the market is usually 1,000 yuan more than the official price.

Top Chinese brands have increased investment to focus on the high-end market, such as Xiaomi's recent announcement it will invest more than 100 billion yuan in research and development over the next five years. 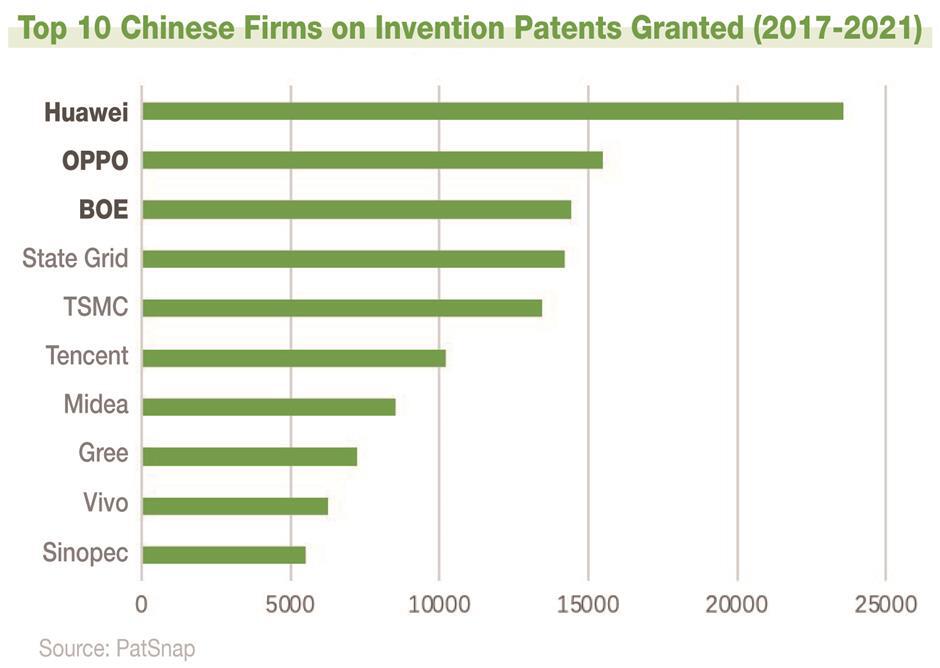 Firms with the most invention patents include phone makers Huawei, Oppo and Vivo.

Huawei, Oppo and Vivo are among the top 10 Chinese firms in invention patents, covering screens, chips and charging, according to a report by researcher PatSnap.

The Chinese market has been hit by a sales slump because of factors like the pandemic. In February, Chinese smartphone sales were 23.5 million units, 20.5 percent down from a year earlier, according to CINNOResearch.

Other brands are seeking to meet diversified market demands such as eSports, and battery and storage improvements.

Realme, one of the fastest-growing brands in China, is the official partner of the "Honor of Kings" (王者荣耀), the most popular mobile game in China.

The newly released Realme GT Neo3, with an independent graphic chip and an "eSport-level" quick response screen, becomes the official machine of the game in 2022.

The eSports strategy will help it better reach young consumers including many gaming fans, analysts said.

Chinese eSports players will pass 500 million in 2022, with a market size of 210 billion yuan, researchers say. Last week, Honor released a new phone with an 8 gigabyte memory ― a large capacity for the entry-level market.

Large memory and storage are urgently needed in the 1,000-yuan level market. Consumers want to store more games, videos and pictures on their smartphones, Honor said at the release of its Play6TPro.

Honor, a spin-off brand from Huawei, aims to expand both in the domestic and global markets, with 11,000 employees globally and six research centers already outside China, including in France and Japan, Zhao Ming, Honor's president, said recently.