Four Chinese eSports teams, including one from Shanghai, are competing for the first global championship title in the mobile League of Legends Icons event, which opened on Tuesday in Singapore.

The Wild Rift Icons Global Championship from Tuesday to July 9 has attracted 24 teams from around the world to compete for several titles and total prize money of US$2 million.

In May, Shanghai-based eSports team FPX, or FunPlus Phoenix, won the Wild Rift League (China) championship, qualifying it for the competition for Icons. Besides FPX, the other teams representing China are JDG (JD Gaming), NV (Nova eSports) and JT (JTeam).

China has more teams in the Icons final than any other country or region, powered by its boom in online gamers and eSports development.

LoL or the League of Legends, developed by Riot Games, is one of the most popular eSports games in China. It released a mobile version in October.

The pandemic brought unexpected challenges to the Wild Rift League (China) held between March and May in Shanghai. With the lifting of pandemic lockdowns, all Chinese teams can attend the Icons matches on site, according to Riot Games.

The events highlight the surging popularity of eSports and mobile games in China and help Shanghai's ambition to become a global "eSports capital."

Many of China's top mobile game eSports teams are based in Shanghai. 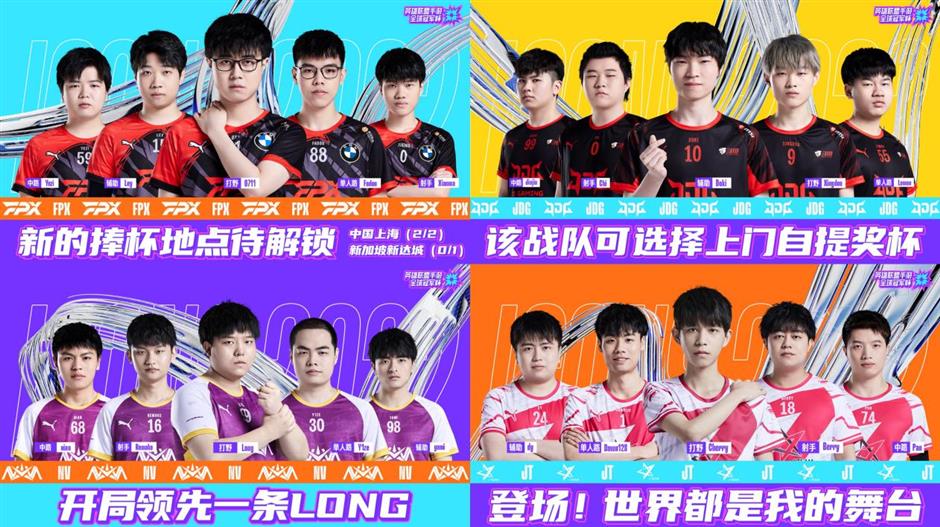 Four teams are representing China in the global mobile LoL competition which opened on Tuesday.