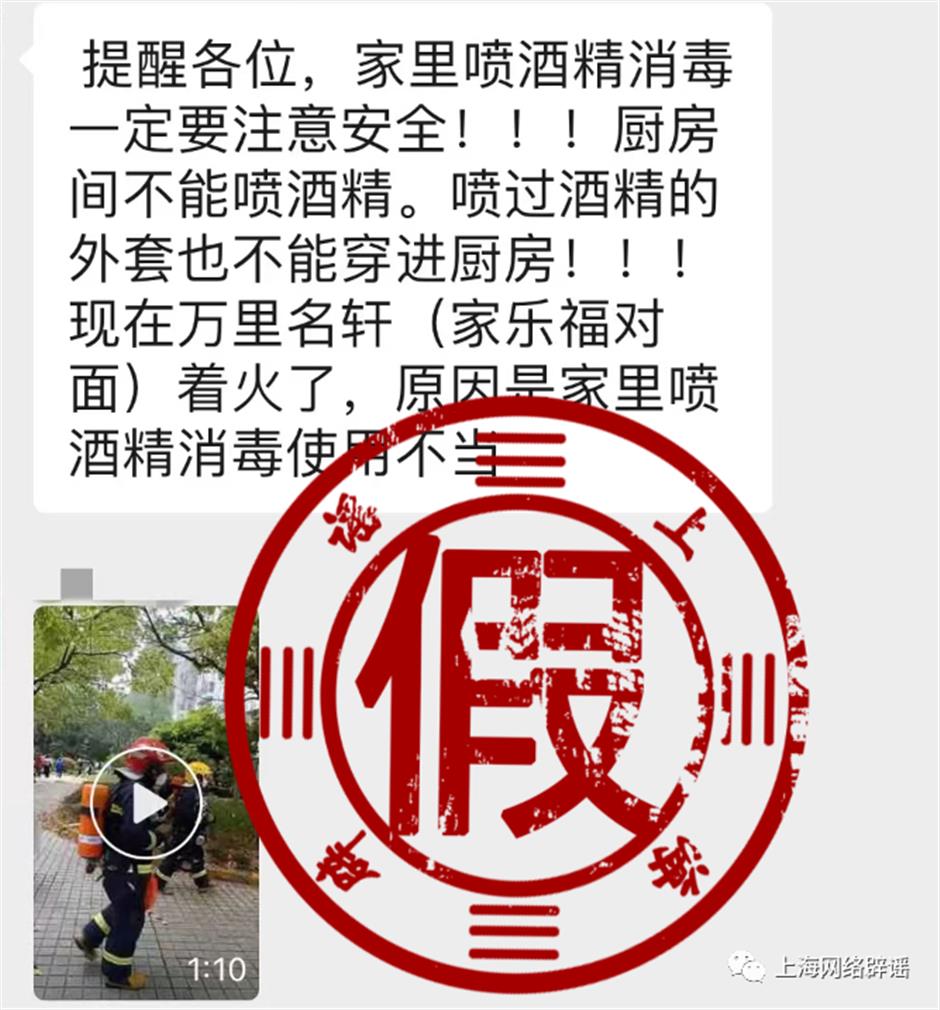 An online post claiming a fire in a Putuo District compound was caused by the improper use of an alcohol-based disinfectant spray has been confirmed to be a rumor.

According to the notification issued by the Fire Rescue Brigade in Putuo District on April 13, there was indeed a fire in the compound at Lane 295 Zhenhua Road without any casualties.

The preliminary investigation indicates the fire was caused by a tenant setting personal belongings on fire rather than the improper use of an alcohol-based disinfectant.

People should be careful when using alcohol as a disinfectant because it's flammable, so it's important to avoid leaving alcohol-based disinfectant sprays and wipes near open flames and heat sources.