Veracity of 'escape video' rated at lowest rung of ladder 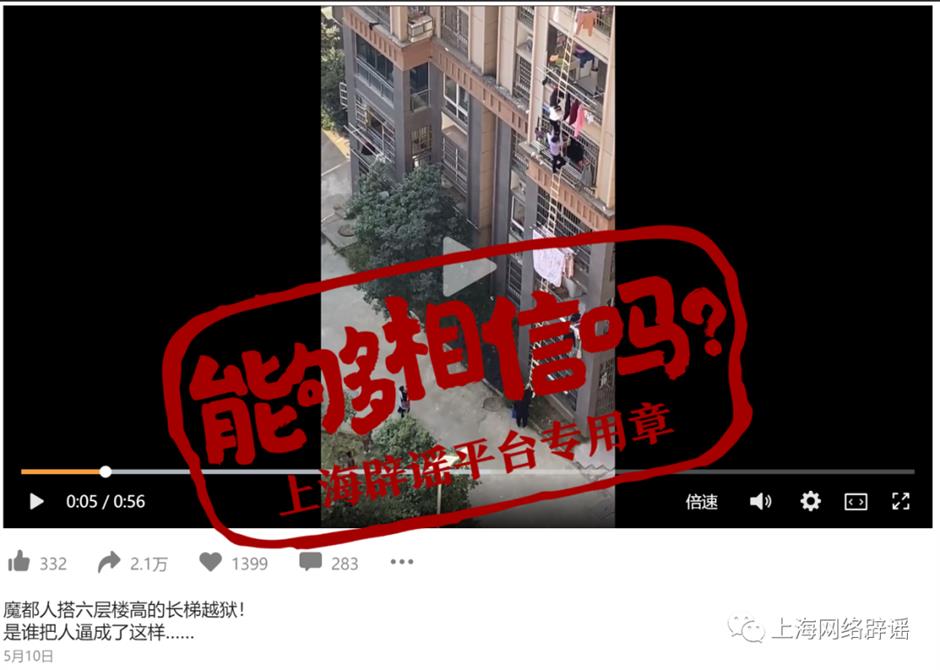 A video that circulated online recently showing two people making an escape via a rope ladder from their home on the sixth floor of a residential building can not be verified as being shot in Shanghai as claimed, the city's official rumor-debunking platform said.

The video, which was initially posted online on May 4 with the comment "Shanghainese making a prison break from their 6th-floor home," went viral on May 10.

However, in the video, people gathering on the ground watching were not speaking in the Shanghai dialect. Instead, their accent sounded mostly likely from the northeastern part of Jiangxi Province.

Investigations conducted later also showed the person who first tagged the video with Shanghai had been in Beijing recently, and just re-posted it without verifying where it was shot.