Cooperation among BRICS goes to the classroom

While the heads of state of BRICS countries — Brazil, Russia, India, China and South Africa, gathered for the 10th annual meeting in Johannesburg recently, 31 students from those countries attended the fifth BRICS Summer School program at Fudan University.

The four-week summer program offers 20 scholarships each year and has attracted 141 undergraduates and graduates with different backgrounds ranging from law and international relations to economics since its inauguration. This year, the majority came from Brazil and South Africa. 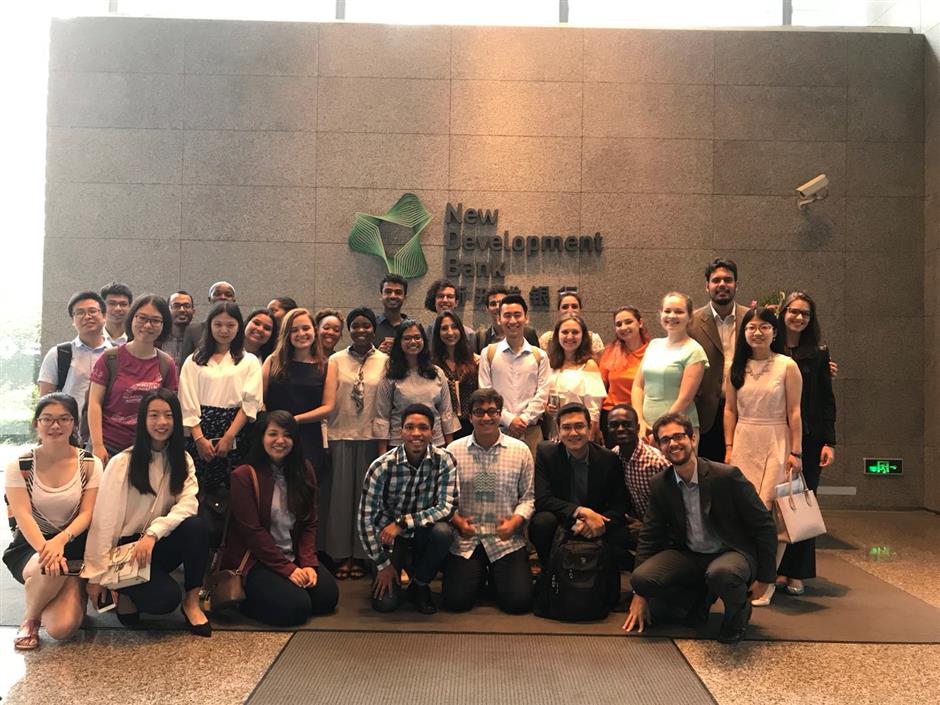 The students also had the opportunity to share their views during discussion sessions and through academic papers.

Hou Xiaochen, manager of the BRICS Summer School Program organized by the center for BRICS studies at Fudan, said the program aimed to strengthen communication among BRICS students and make a stronger basis for BRICS cooperation.

For Brazilian student Luiza de Silva Nakamura, a PhD candidate at the school of international development at Nagoya University, the connection with other students is a valuable experience.

“Through this cultural exchange, I gained a deeper knowledge of each member country and what brings us together,” Luiza said.

Chandan Panigrahi, from Jawaharlal Nehru University in New Delhi, also said the program had helped him “in tremendous ways to learn about different cultures and mix with individuals from BRICS countries.”

The experience in Shanghai went beyond the classes. The students also visited local museums, Xitang watertown in Zhejiang Province and cruised on the Huangpu River. They also paid a visit to the New Development Bank’s headquarters in Shanghai.

“The visit to the NDB was a great insight into the structural and procedural methods of the bank,” said Sanika Ranadive, an economics student from St Xavier’s College in Mumbai.

For some of them, the program has helped them decide to further their studies in China.

“I have been learning Chinese for six years and it is a good way to combine my degree and languages,” said Lagutina Maria Pavlovna, who is currently pursuing bachelor’s degree in international economic relations at MGIMO University in Moscow and who plans to apply for a master program in Fudan.

Zena America, from Stellenbosch University in South Africa, who applied for the course after having done a course in Asian development economics, said the program in China complemented what she studied in her undergraduate and postgraduate degrees.