In the past, SCIS boasted both string and brass orchestras to allow young musicians an avenue to express themselves while appreciating the beauty of music. However, when our school transitioned into an International Baccalaureate (IB) World School, both orchestras classes were replaced by equivalent IB courses. In light of this, and due to popular demand, a new orchestra was formed this year thanks to efforts from parents Nina Han, Flora Cheng, and May Cheung. Together, they invited John Lin, an experienced classical conductor, to head the newly formed musical ensemble in the hopes of giving young musicians an added avenue to continue their musical journey.

We had the esteemed pleasure of catching up with Lin to hear a little bit about his background in music and his take on the SCIS Orchestra thus far.

A: John, can you introduce yourself? What is your background and where were you musically trained?

I’m from Taiwan, where I started my music training. I started with piano when I was five, and also learned the clarinet while in high school. But I didn’t study in music school until I entered university. After getting my bachelor’s degree, I went to Jacob School of Music, Indiana University, US, which is one of the top music schools around the world. First, I got one master’s degree in clarinet performance, and then, after my conducting professors pointed out that my piano sheet-reading was very fast, which is a requirement to be a good conductor, I decided to then pursue a second master’s degree in orchestra-conducting. Besides studying in the United States, I also took many lessons in Germany and Italy. I am now the principal conductor of three district orchestras in Shanghai and a regular guest conductor of several orchestras in Europe and Asia. And of course, the conductor of the SCIS orchestra. 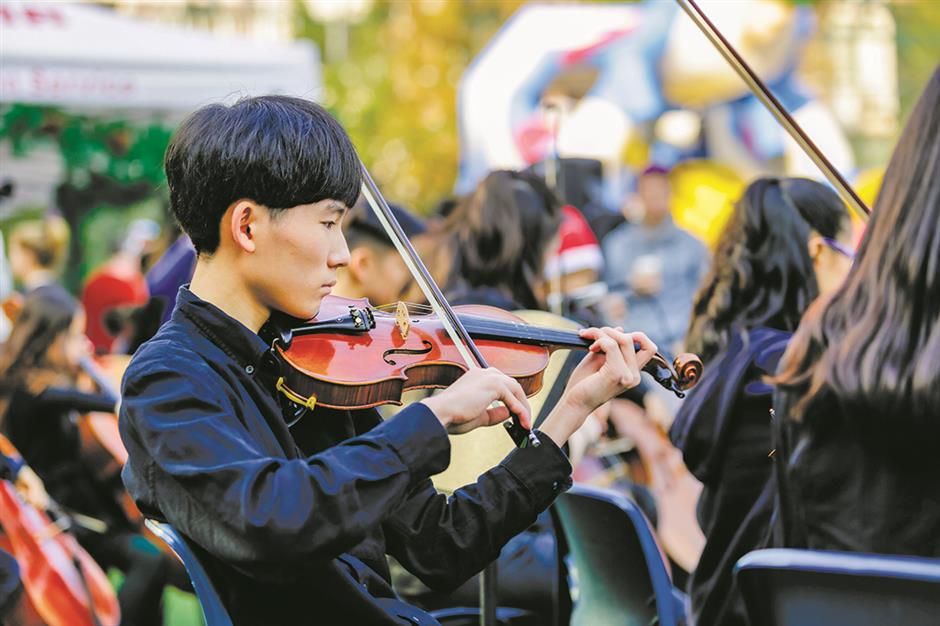 A violinist of the SCIS Orchestra performs at the winter carnival at SCIS Hongqiao campus.

A: Can you tell us about your very first encounter with music?

I started to learn the piano when I was five years old, but I had already been playing on a keyboard since I was very young.

A: When did you then choose to make music a career?

Even though I started playing music early, it wasn’t until I joined the orchestra in my high school, at the age of 17, that I decided to make music a career.

A: When people come to see the SCIS Orchestra, what do you think will strike them the most about the music? 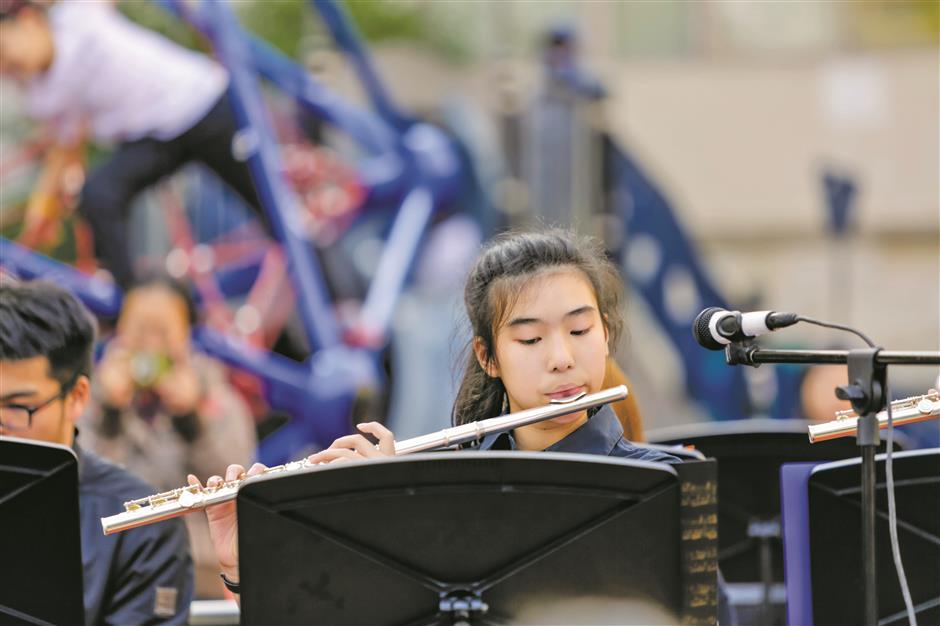 A flutist of the SCIS Orchestra performs at the winter carnival at SCIS Hongqiao campus.

A: What do you hope to accomplish in the near future with the SCIS Orchestra?

In the near future, I hope we can have more members join in to have an entire orchestra and a full sound. Then with more training, we can learn more intricate musical pieces. After that, my aim is to take this orchestra around the world to share our growing repertoire of music. I also hope that students can gain interest from playing in the orchestra and be proud of being a member of it after leaving SCIS. Who knows, maybe the orchestra and music will change some members’ life like my high school orchestra changed mine.

Currently, the SCIS Orchestra counts 37 members in its ranks, including 13 violinists, three violists, six cellists, four flutists, four clarinetists, three percussionists, one French horn player, one trumpet player, one saxophonist, and one trombonist. That number is set to grow as the year progresses as we aim to include up to 50 members in the ensemble. Joining the orchestra will expose budding musicians to a repertoire of forms and styles of music while developing their knowledge and potential as musicians, both personally and collaboratively.

The SCIS Orchestra had its debut during an upper school recital in October last year, followed by performances at our second annual Winter Carnival as well as an end-of-the-year assembly. As the journey continues our goal is set for joining the International Youth and Music Festival happening in Vienna, Austria in 2020. There will upcoming auditions for the orchestra next year so be sure to stay tuned!

(The story is contributed by Nina Han, one of the parents formed SCIS Orchestra, and Mikael Masson Perez, marketing communication officer of SCIS.)