Young musicians shine on the stage

Zhou Hao (first from left) is the founder and music director of Shanghai Music Valley Youth Weekly Concert at the Newstar Recital Hall.

Every Sunday at Newstar Recital Hall, the city’s young musicians get a taste of what it’s like to give a professional performance. The stage may be small, but for participants it provides a grand opportunity.

“There are now millions of young music students in Shanghai. Besides taking private lessons, it’s important that they learn to present what they’ve learned to the public with confidence and manners. That’s also part of music education,” said Zhou Hao, founder and music director of Shanghai Music Valley Youth Weekly Concert at the recital hall.

Started in September 2018, with support from Shanghai Music Valley, Hongkou District government, music experts and volunteers, the weekly concert series has so far organized dozens of musical events and activities, providing valuable opportunities for nearly 400 young performers to show off their talents.

During the anniversary show last month, 10 students were selected to perform in front of a small audience.

Peng Dunyue, a regular member of the recital group, performed Polish violinist Wieniawski’s “Violin Concerto No. 2 in D minor” and “Why Are the Flowers So Red,” an interlude from the 1963 Chinese spy film “Visitors on the Icy Mountain.”

The 8-year-old performed a couple of times previously to gain stage experience since the inauguration of the recital hall at Music Valley. With his skills and understanding of musical performance, he enrolled in the violin program of the Primary School Attached to the Shanghai Conservatory of Music in April. 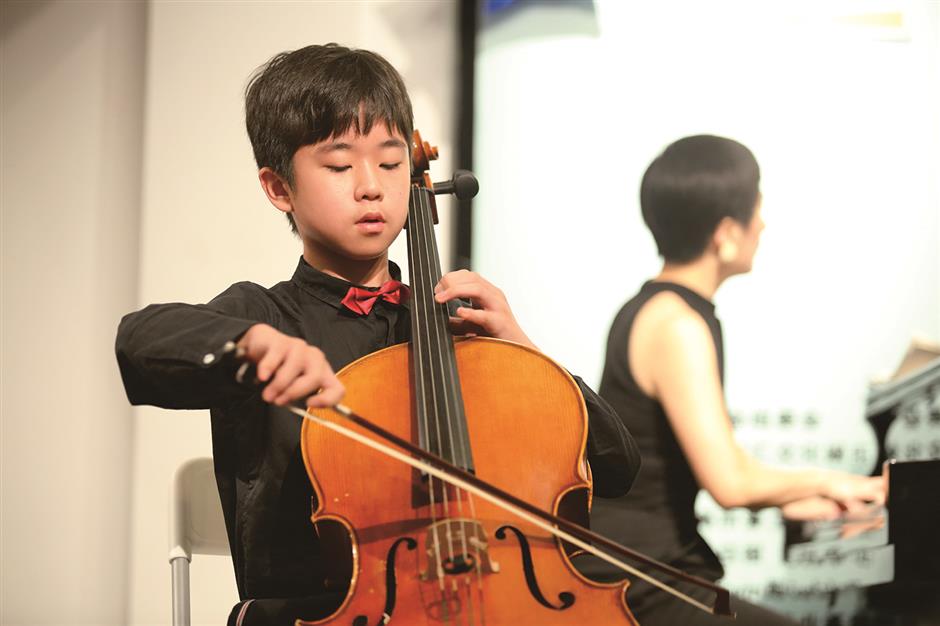 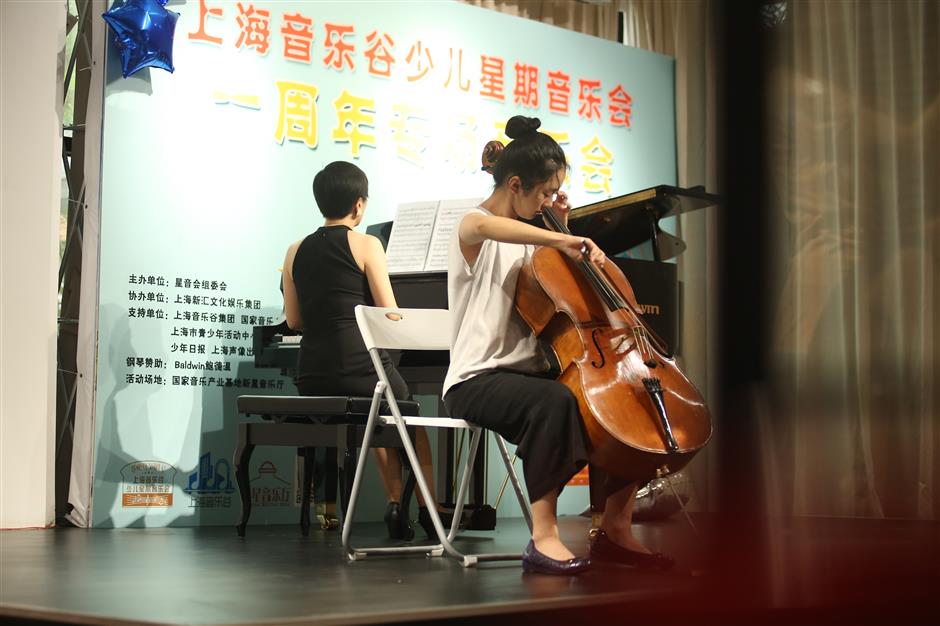 Liu Jiayi, 15, has studied cello for seven years and won several awards at home and abroad.

Ji Yintong, 11, presented the first and the third movement of Russian composer Cabalevsky’s “Cello Concerto No. 1 in G minor Op. 49.” After that, Zhang Xinyue, the only piano soloist selected to perform at the anniversary concert, gracefully played two of Mendelssohn’s “Songs without Words.”

The 13-year-old started playing the piano at the age of 5. She said: “I’ve learned how to use clear and controlled gestures to enhance my presentation during the concerts. Also I want to make more friends with those who love music.”

Liu Jiayi, 15, played the prelude to “Cello Suite No. 6 in D major, BWV 1012” and the first movement of “The Cello Concerto in A minor, Op. 129” by Robert Schumann. Liu has studied cello for seven years and already won several awards at home and abroad.

“This is my second time to attend the concert. For me, every performance is precious and needs to be cherished, and I think it is the same for all the performers at the concert,” Liu said.

“We like to come here and play during the weekends whenever we have time,” said Liu’s father. “It gives her a sense of pride to interact with the audience, as well as awareness of being part of the community.”

A piano performance graduate from the Shanghai Conservatory of Music in the early 1980s, Zhou was glad to hear the warm-hearted feedback from the audiences. The 58-year-old sees it as his mission to create a public music platform to nurture and educate young performers.

Qian Ruiyan, program director for Shanghai Music Valley Youth Weekly Concert, is one of the volunteer teachers from the Shanghai Conservatory of Music. Providing the accompaniment behind many solo practices, she sees in the Newstar Recital Hall a good opportunity for excellent young players to demonstrate their abilities.

“We didn’t have such opportunities as children. Most of the times we only practiced piano at home under intense pressure,” Qian said. “Now there is a good presentation stage, where children can come and make the most of their practice time, while at the same time bringing happiness and achievement to their families.”

As is true with any presentation, preparation is extremely important. Over the past year, more than 20 students who have won various music competitions have emerged through Shanghai Music Valley Youth Weekly Concert. A non-profit musical organization, it has won a reputation as a hotbed of musical talent.

According to Zhou, the recital welcomes all children between the ages of 5 and 18 who have studied a musical instrument for at least a year. Registration is free. Anyone who is interested can go to the WeChat account: CastleRecitalHall for further information. 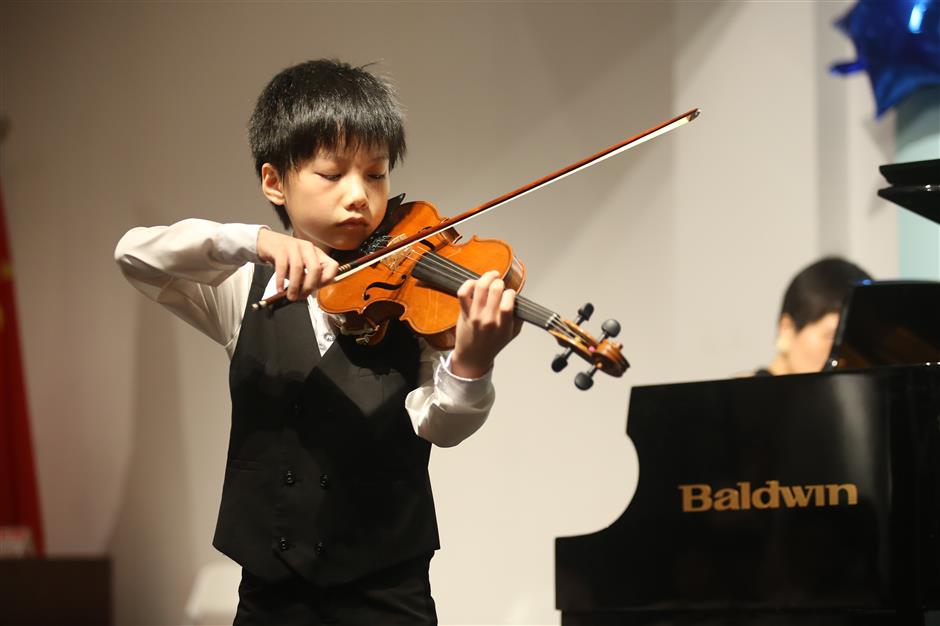 Peng Dunyue,8, started performing to gain his stage experience couple times since the inauguration of the recital hall at the Music Valley in Hongkou District.