The Global Search for Education: How India Will Become the Next Superpower and Why Universal Basic Income Will Play a Role 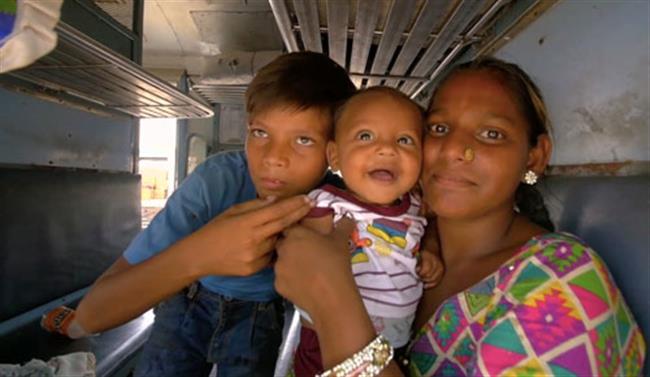 “The most important thing for India is to develop a well crafted universal basic income plan. This will curb interstate migration, improve access to healthcare, curb population growth, and improve the lives of the backbone of the country, the farmers, who now demonstrate every year for loan waivers after they cannot pay back their loans after a disappointing harvest season.” – Andreas van de Laar

Andreas van de Laar is a 30 year old filmmaker from the Netherlands. In May 2016, he traveled across the Himalayas on the back of a friend’s motorbike. While on this journey, he made a connection with the local people. The experience inspired him to create his first documentary series called One Point Seven. The 5-part series explores India’s growth, challenges and innovative solutions in the sectors of Education, Healthcare, Urban Development and Governance, and Agriculture. For the series, Andreas interviewed some of India’s greatest pioneers to find out how this country plans to sustain the largest population the world has ever seen.

The Global Search for Education is pleased to welcome Andreas van de Laar. 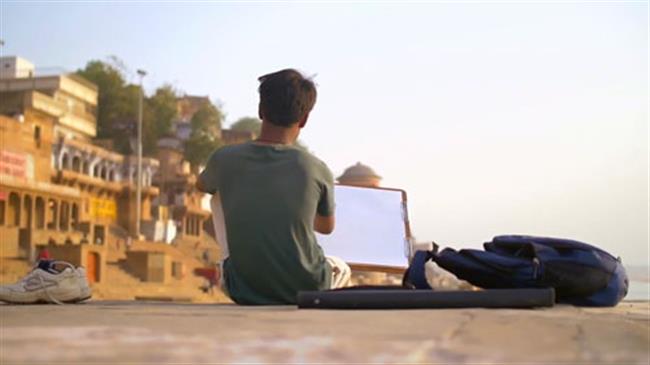 “The innovators in the education episode advocate for giving people relevant education to their surroundings and needs.” – Andreas van de Laar

Andreas what inspired you to make this series?

I was inspired by a speech from the former director of the IMF, explaining that the 21st century will unfold into a completely different paradigm in which Asia by its sheer scale and ambition will have a large impact on the way in which the world will function. Now, the Asian middle class outnumber those of the rest of the world. Since I believe in a connected world, I wanted to explore how this paradigm shift was evolving and how a country like India would evolve authentically, within the context of the 21st century. I see the world as a classroom and if my batch had 30 students, 6 of them would be Indian. Wouldn’t you want to get to know them?

You shot most of your five-part documentary on your iPhone. Tell us why, and can you also describe the challenges and benefits of using this method? Would you use this approach again for future movies?

I used my phone as I had to make do with what I had and because I was taught in the philosophy of the Scandinavian film movement ‘Dogme 95’, which featured prominent directors like Lars von Trier, Thomas Winterberg and Susanne Bier, who gave themselves obstructions and rules to abide by while making their films to cut costs, but also to create a more natural and realistic feel to the films they made. Secondly, the drive and aspiration of making this film was bigger than my patience of applying for different types of funds. I wanted to make a film about frugal innovation. In order to create the correct narrative of the project, I had to BE my project, which was living frugally, and rely on my improvisation skills. There were a few technical challenges and I also had to improve my editing skills, but the benefits of this approach were great, as I could do the project by myself, didn’t have to hire a crew, and I kept complete creative freedom. I could do everything at my own pace and in my own way without reporting to anyone else. Altogether, I would definitely make another film in this way and the feedback has been that most viewers don’t see that it is shot on a phone. 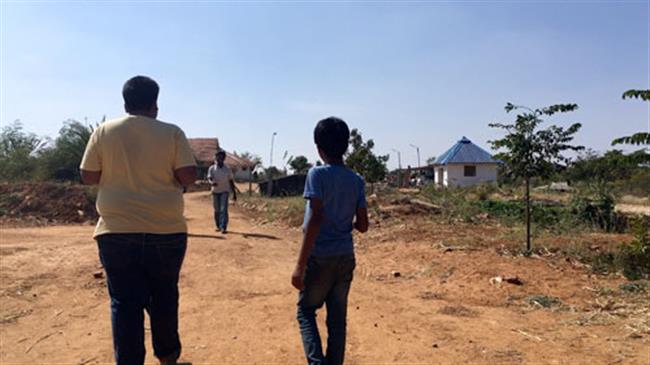 “If you want people to be skilled they have to learn how to learn and learn by doing.” – Andreas van de Laar

You relied on crowdfunding and even hitchhiking to maintain a low budget project? Any lessons learned or stories to share from your experience?

The most important thing standing in the way of achieving my dreams were fear and ego. If you put yourself in a vulnerable position and you have to take favors or accept that you can’t feel entitled, it humbles you and makes you a more content person. I had my laptop stolen in Kasol which contained my fundraising trailer; the whole community helped to eventually get it recovered. I was incredibly grateful and humbled, and after that I never left my laptop out of sight.

What are the main takeaways from India’s restructuring of their education system? Please share your own perspectives on your research as well.

India is primarily an agrarian nation that is trying to become a global superpower with a labor force that is generally unskilled in other professions. Since there will not be enough jobs in the private sector, they have sufficient highly educated people to fill the private sector jobs, with a majority of the working population requiring skills. This part of the population needs to be skilled instead of having to invest their time in rote-learning and theory. The innovators in the education episode advocate for giving people relevant education to their surroundings and needs. If you want people to be skilled they have to learn how to learn, and learn by doing. The education system has to recognize and own up to the reality that not everyone will have a job in an air conditioned office in the big city, so their education should also not be geared towards that. There is also a lot of high school drop-out because many youths have to start working for their families around the age of 14 and don’t go to a school that equips them for jobs within their capabilities. If they gain skills and learn how to learn early on, they can apply these skills earlier in their lives and also grow with the demands of a changing employment landscape in India.

Did you meet any critics that oppose your research for the restructuring of India’s urban planning and educational systems? If so, tell us how you managed those situations.?

The biggest point of critique was that I made an elitist film that didn’t speak to the communities that suffer the most from the current policies. There was no critique in regard to restructuring of the educational system since most Indians are aware of the changes that are required to bring the country forward. They are also aware that this is very difficult with so many villages scattered throughout the vast country of India. 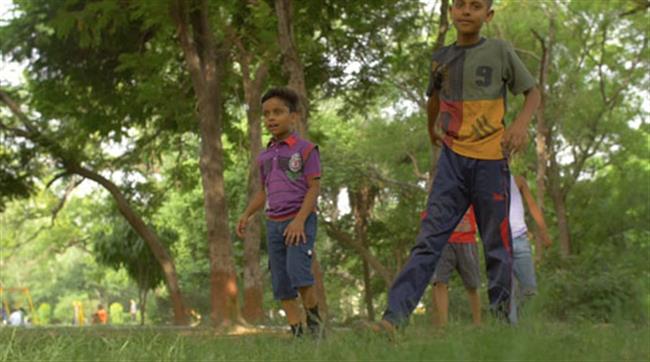 “The education system has to recognize and own up to the reality that not everyone will have a job in an air conditioned office in the big city, so their education should also not be geared towards that.” – Andreas van de Laar

What are the innovations that companies like Amazon and Tata Nano are bringing to India? What are they meant to affect and what was your impression of their strategies?

Amazon had to innovate by decentralizing their distribution model in order to deliver to the far corners of the country. They converted mom and pop stores into storage depots and back offices for their products in order to be able to increase their reach to less connected villages and towns where there is demand. Decentralization done correctly is the only way for India to function. Tata launched the cheapest car ever made in order for families to travel safely instead of on a motorbike and they are leading the way for solar power in India. Solar power cannot be centralized and monopolized in India if the goal is to minimize power cuts and deliver electricity to every one.

Among urban life improvement, healthcare development, and 21st century education reform, what still poses the most barriers to overcome? Would you say these reforms depend on each other if societal progress is to be made?

They are all interconnected, but an overarching factor is required to stabilize them all. The most important thing for India is to develop a well crafted universal basic income plan. This will curb interstate migration, improve access to healthcare, curb population growth, and improve the lives of the backbone of the country, the farmers, who now demonstrate every year for loan waivers after they cannot pay back their loans after a disappointing harvest season. This will give time for cities to breathe, rethink the way they are run and not worry about thousands of people settling every week, requiring new amenities. This will also incentivize farmers and their offspring to continue their craft without being pushed towards working in the cities. I don’t believe in cities that much; they are a result of the industrial revolution and unfortunately that train left a long time ago. Urbanization has to spread out and education has to be promoted by the government, but localized.

Over half of India’s population is under 25 years old. How are younger generations getting involved to ensure a positive livelihood for India’s growing population?

They are not involved enough, since India has the biggest generation gap in history. This comes along with helicopter parenting which keeps the youth from separating and revolting against tradition. Most of them live at home and you cannot sustain a revolution while living with and depending upon the people you are revolting against. Further, with politics being very gereatric in India, government positions are occupied by an old boys network, who are not yet vacating their posts. There are voices advocating for more youth to get involved, but it’s more lip service than action. Within the private sectors, many young people are coming up, but working with government remains a slow and tedious process. But the current government is aggressive when it comes to sustainability, and many young startups benefit from governmental incentives. If the government would allow more young voices to participate in it, further progress could be made. India is facing the most important generational transition in its history and it is difficult to say whether the new generation will be in power in time.

What’s next? Has creating “One Point Seven” inspired other stories and future projects?

Next up is a book and possibly a new film. The book will be about my journey and experiences in India in the past year, but the topic of my next film is yet to be decided. 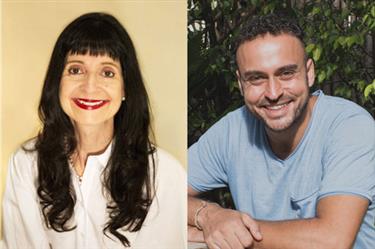 C. M. Rubin (Cathy) is the Founder of CMRubinWorld, an online publishing company focused on the future of global learning and the co-founder of Planet Classroom. She is the author of three best-selling books and two widely read online series. Rubin received 3 Upton Sinclair Awards for “The Global Search for Education”. The series which advocates for youth was launched in 2010 and brings together distinguished thought leaders from around the world to explore the key education issues faced by nations.